After Houthi’s refusal, the presidency of Yemen affirms cooperation with the new UN envoy 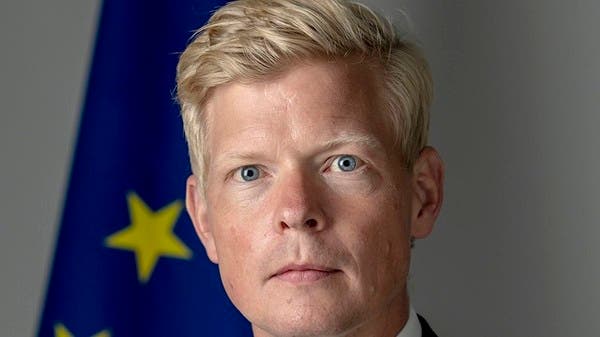 The Yemeni presidency said, on Sunday, that President Abd Rabbuh Mansour Hadi stressed the need for the government to cooperate with the new UN envoy, Hans Grundberg, and to facilitate his tasks to enhance peace opportunities.

In a statement, the Yemeni presidency quoted Hadi as saying, during a meeting of the National Defense Council, “the need for the government to cooperate with him and facilitate his tasks to enhance peace opportunities based on the three recognized references that are supported locally, regionally and internationally.”

The statement said that the Yemeni president reviewed, during the meeting, “the latest developments on the national arena with its political, economic, field and livelihood aspects, peace opportunities, and regional and international endeavors in this regard.”

The statement said that the president reiterated “the legitimate government’s permanent desire for peace, its clear and explicit positions in this regard, and its constant response and interaction with all peace initiatives aimed at preventing bloodshed and ending the Iranian Houthi militia coup and its disastrous consequences for Yemen and the region in general.”

According to the statement of the Yemeni presidency, the meeting stressed “the importance and necessity of completing the implementation of the provisions of the Riyadh Agreement in order to contribute to unifying efforts and capabilities to recover the economy, enhance political and security stability, advance development, strengthen resources and unify their vessels to meet the urgent obligations towards the requirements of the individual and society.”

On Sunday, the Houthi militia announced its refusal to hold any dialogue with the new UN envoy to Yemen Who has recently been announced and has not started his dutiesExcept for the prerequisites.

The spokesman for the Houthi group and head of its negotiating delegation, Muhammad Abdul Salam, confirmed that “the appointment of a new envoy does not mean anything.”

In a tweet on his Twitter account, he indicated that:No point in any dialogue (with the new UN envoy) Before opening airports and ports as a priority, a need and a humanitarian necessity,” as he put it.

The spokesman for the Houthi group stipulated an explicit declaration to stop what his group calls “aggression” and “lifting the siege,” according to his claim.

Grundberg is considered the fourth UN envoy to Yemen since 2011, and he assumes his duties at a time when the conflict in the country appears to be more inflamed, with the Houthi militia rejecting all initiatives for a political solution, In implementation of the Iranian regime’s agendas, According to the accusations of the legitimate Yemeni government.