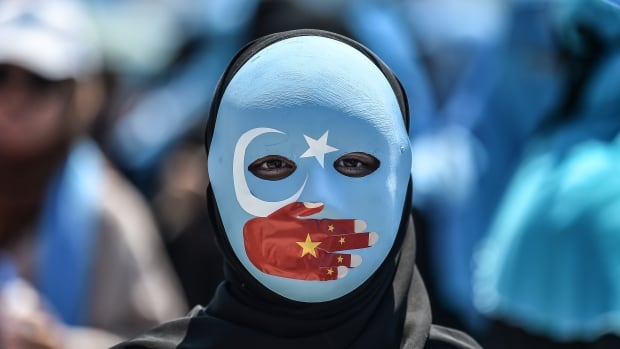 Facebook said today that members of the Uyghur community in Canada have been targeted by a sophisticated cyber espionage campaign attempting to infect devices with malware to enable surveillance.

Facebook said the campaign used its platform to target hundreds of Uyghur activists, journalists, and dissidents in different countries with posts designed to take them to other websites containing malware. The company said it could not know how many people were tricked into clicking on links that infected their cell phones or computers.

Facebook Canada said it would notify “fewer than 20” people in Canada that they would be targeted.

The company claimed to have tracked down the malware used by hackers, known as Earth Empusa or Evil Eye, of two companies in China. Facebook said it was unable to determine if the Chinese government was involved.

“This activity had the hallmarks of a continuous process with sufficient resources, behind which no one stands.”

Facebook said the operation targeted Uyghurs from the Chinese province of Xinjiang who live in Canada, the United States, Turkey, Kazakhstan, Syria, Australia and other countries.

Facebook said the deal used a variety of technologies to reach the people it was targeting. The company said the hackers had created Facebook accounts pretending to be “journalists, students, human rights defenders, or members of the Uyghur community to build trust with people who targeted them and tricked them into clicking on malicious links.”

Facebook said: “To stop this process, we banned the sharing of malicious domains on our platform, removed the group’s accounts and informed us of the people we believe have been targeted by this representative.”

“It is almost certain that online external influence campaigns will continue and will not be limited to major political events such as elections,” he wrote in an email response. “Online foreign influence activities are a new normal and opponents seek to influence national events as well as influence international discourse on current events.”

CSE officials are expected to testify before a parliamentary committee on Canada-China relations on Thursday.

The news of the cyber espionage operation comes in the same week that Canada and other countries punished four Chinese officials for human rights violations in Xinjiang. The Canadian Organization for Global Affairs said Beijing had arbitrarily imprisoned more than a million people on the basis of their religion and ethnicity.

It also comes a month after the House of Commons voted to declare China’s actions in Xinjiang “genocide.”

Muhammed Tohti, executive director of the Uyghur Rights Defense Project, said that Chinese authorities have long since targeted nearly 2,000 members of the Uyghur community in Canada. He said what Facebook posted today is more complicated than previous tactics, such as sending emails that appear to be from a friend and encouraging people to click on links.

Tohti said he has not heard from anyone Facebook has contacted with yet, adding that many Canadian Uyghurs are already worried about social media and all the apps from China.

Michael Chung, a conservative critic of foreign affairs, said it was “too late” for Prime Minister Justin Trudeau’s government to act.

“The constant threats and intimidation by the Chinese regime against Canadians and those who live here at home are unacceptable,” he said. “The Trudeau government has yet to come up with a robust plan to counter these threats and intimidation, although the House of Commons adopted a conservative proposal on November 18, 2020, calling on the Trudeau government to do exactly that.”

Jack Harris, the NDP’s foreign affairs critic, said the government and Facebook should do more to stop cyber espionage in Canada.

Harris said: “Canadians are really concerned and it is unacceptable that this kind of surveillance takes place in Canada.” The liberal government is obligated to demand that Facebook and other social media giants make sure that it is not used as a tool by authoritarian governments.

“We are told that there are legal tools the government can use to protect Canadians from harassment and surveillance in Canada. Having stricter laws for companies like Facebook is a necessary starting point.”

Elizabeth Thompson can be reached at [email protected]