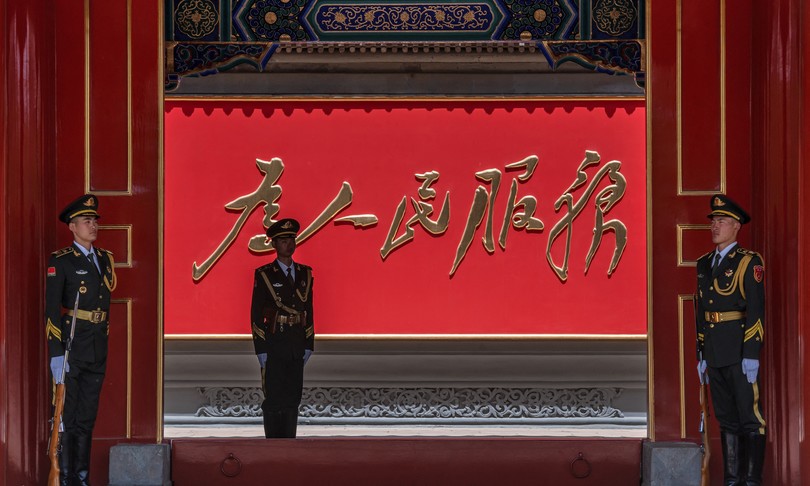 AGI – China has reiterated its opposition to “any agreement of a sovereign and official nature” between countries with which it has established diplomatic relations and Taiwan, after applying for membership in the Trans-Pacific Comprehensive and Progressive Partnership (CPPP) from the island over which Beijing claims sovereignty. This was announced by the Taiwan Affairs Office in China, after the European Union criticized in recent days its report on the Indo-Pacific, in which Brussels indicated its intention to deepen trade and investment relations with the “island”.

Yesterday, Taiwan submitted its candidacy to enter into the FTA, a few days after the submission of China’s nomination. Taiwanese President Tsai Ing-wen reiterated: “We are willing to accept all the rules To join the “CPTPP,” he wrote in a Twitter message asking for Tokyo’s support for the island’s bid. The membership request “reflects our commitment to promoting free trade in Asia and the Pacific,” Tsai added in another message: “I am certain that our commitment to this The agreement will promote joint economic development and benefit the peoples of the region and the world.”

“China has obstructed Taiwan’s international presence. If it is accepted into the CPPTP before then, there will certainly be a risk of Taiwan joining the trade bloc. This is a fairly obvious fact,” he said at a press conference today. Negotiator John Deng, picked up by local media.

Taiwan application for membership ‘It’s basically our interests’“For the interests of our companies and for long-term economic planning purposes, it has nothing to do with other countries’ goals or China’s comments” on our request, the Taipei official added.

CPTPP (Trans-Pacific Comprehensive and Progressive Partnership) is a free trade agreement between eleven countriesSo, it was renamedor after the United States exits by the Trans-Pacific Partnership (TPP) under the administration led by Donald Trump. And the countries that are part of it are New Zealand, Australia, Brunei, Canada, Chile, Japan, Malaysia, Mexico, Peru, Singapore and Vietnam, and since last June negotiations began on the entry of Great Britain.

The Trans-Pacific Partnership was born during the Barack Obama White House, was the world’s largest trading alliance until last year, when it was surpassed in size by the RCEP (Regional Comprehensive Economic Partnership) which includes the ten economies of Southeast Asia (Brunei, Cambodia, Indonesia, Laos, Malaysia, Myanmar, the Philippines, Singapore, Thailand and Vietnam) as well as Japan, China and Korea Southern, Australia and New Zealand, excluding the United States.

The CEP will enter into force when six countries in Southeast Asia and three of the other five have ratified the agreement. Born with the goal of containing China, the TPP, which later became the CPTPP, has higher standards than the RCP in terms of environmental protection and labor law and provides for a broader removal of tariffs. Eight countries have so far ratified the agreement – all but Brunei, Chile and Malaysia – and Peru joined the list last week.