A 41-year-old man was released after my mom locked him up for 28 years, had no teeth and could barely walk 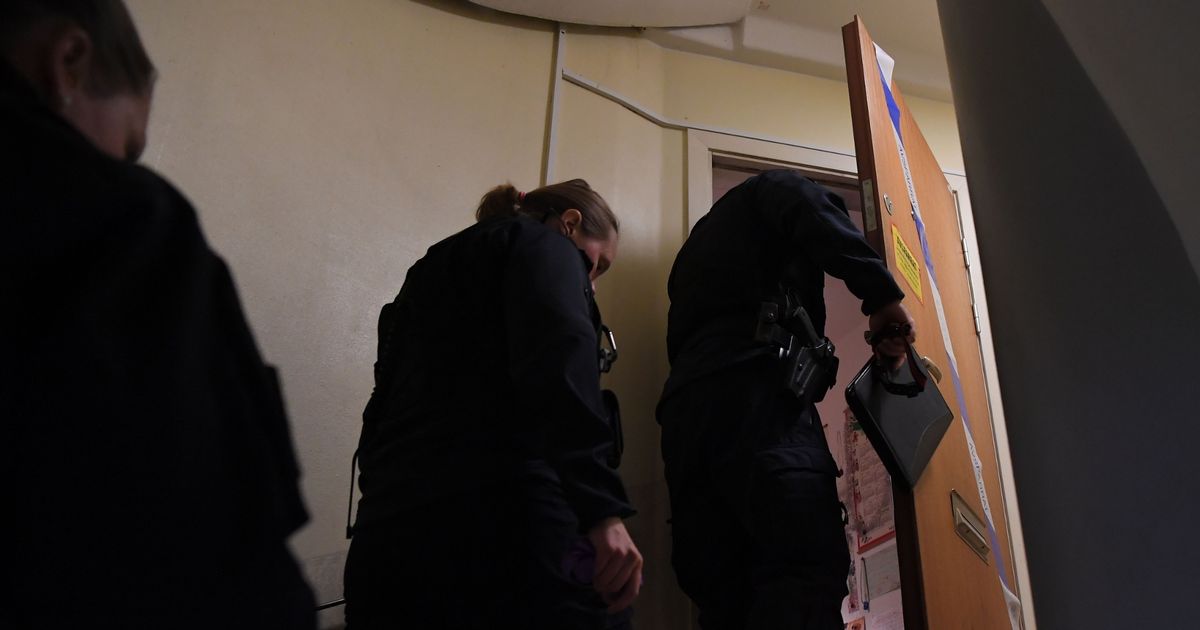 A man in his 40s has been released after his mother apparently locked him up for 28 years.

He was found in horrific conditions, had few teeth and barely any language skills or ability to walk.

The 41-year-old was severely malnourished with painful sores and open wounds on his legs.

Swedish media were told that the man struggled to walk and talk when medics found him in an apartment in Stockholm.

Police and the public prosecutor said today that a 70-year-old woman has been arrested in the Swedish capital on suspicion of holding her son at home for up to three decades.

Emma Olson, the Stockholm prosecutor, told Reuters that a suspicious relative managed to get to the apartment on Sunday and found the man injured.

She said he may have been in custody for nearly 30 years.

Various Swedish media outlets, citing a relative who was found, said that the man was discovered lying on a blanket on the ground, without teeth, unable to speak, and covered with ulcers and injuries.

He was taken to the hospital and required surgery.

“He is now in the hospital … I know he needs an operation,” said Olsen, who did not give further details of his condition.

Expressen and others said the son dropped out at the age of 12.

He was found next to two calendars from 1995 and 1996 on the wall in the messy apartment, his relative was quoted as saying.

The hospital called the police, who arrested the mother. They cordoned off the apartment south of Stockholm, while investigators were gathering evidence at the scene.

Olson said in a statement that the mother denies charges of wrongful imprisonment and grievous bodily harm.

Neither of them is named.

There was no immediate explanation as to why the son was detained. Reuters was unable to contact family members for comment.

Swedish newspaper Aftonbladet The sources quoted as saying that the mother was “overprotective” for her son.

This came after a “family incident” that occurred in the past, according to the newspaper.

After alerting hospital personnel treating the man to the case, police cordoned off the apartment in the Hanninge district, south of Stockholm, to conduct investigations.

“We are looking at how long the son might have spent in jail, but we assume it was a long time,” a police spokesman told Reuters.

Aftonblatt reported that the man was found lying on a blanket, possibly his bed, while the apartment was so messy that there were only small hallways to move through.

While Expressen The female relative who found the man stated that the scene she witnessed was like a horror movie, with urine, dirt, dust, and a “rotten” smell.

She told the newspaper that for several years she had suspected the man was being held in the apartment and decided to explore the apartment when she heard the 70-year-old was in the hospital.

“This house could not be cleaned for many years,” she said. “There was complete silence except for the old big TV that was turned on.”

Then I heard a noise from a dark corner of the kitchen.

“I noticed his legs at first. They looked terrible. Everything up to his knees were just sores and open wounds. Part of his calf was black in color and there were puddles of pus under him,” she added.

She added, “I haven’t seen him in over 20 years, but when our eyes met, he whispered my name over and over.”

The neighbors reported that the woman would stop talking but would change the subject when asked about her son, only replying that he was “fine.”

An advent candle that had been left in the apartment window for 30 years highlighted the dilapidated condition of the property.

The relative who found him told Expressen, “I am in shock, sad-hearted, but at the same time relieved.

“I’ve been waiting for this day for 20 years because I discovered that she was completely in control of his life, but I never imagined the extent of it.”

“The mother has been able to manipulate society all these years. It is terrible that he has been deprived of his entire life,” she added.