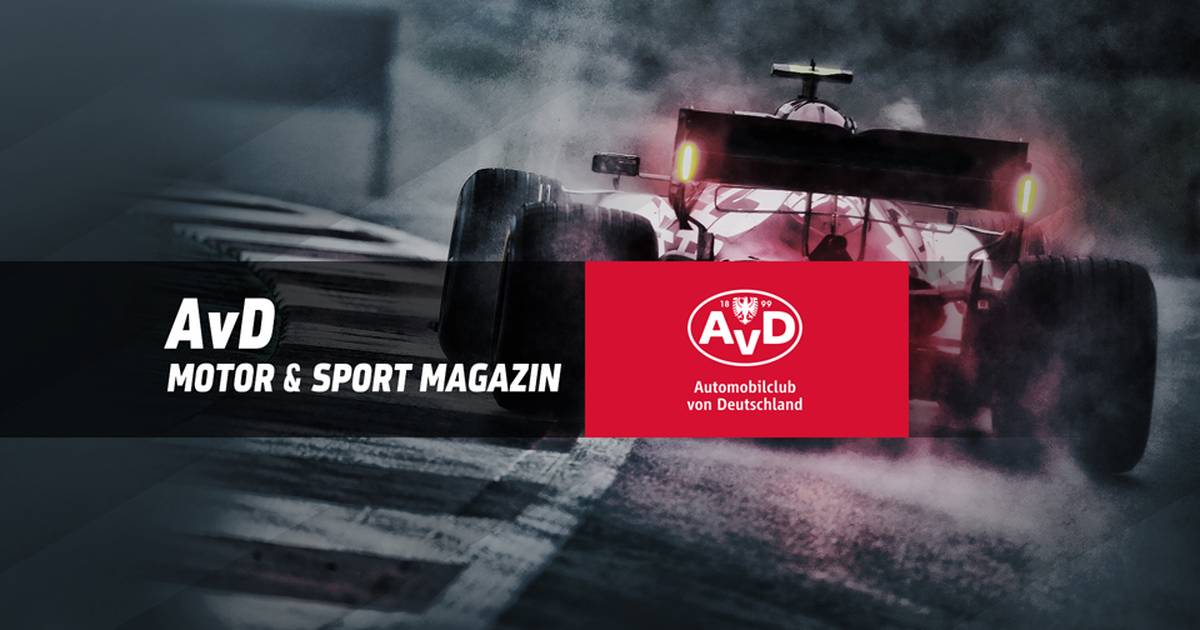 Ismaning, March 19, 2021 – After its successful premiere last year, AvD Motor & Sport Magazin will start its second round on Sunday evening at full speed. The focus is on the big countdown to the new Formula 1 season. In line with this, presenter Ruth Hoffman and Sport 1 expert Christian Danner welcomes former Formula 1 president Bernie Ecclestone via the switch in the studio. The air duo, Hoffman and Danner, also dare to experience the fast-paced role-playing on the Nürburgring circuit in the inaugural approximately two-hour broadcast, which can now be watched weekly in the regular Sunday broadcast hole from 9:45 PM. In addition to broadcasting on free TV, AvD Motor & Sport Magazin is still available 24/7. SPORT1.de Available in SPORT1 applications. A new addition is the podcast version of the magazine, which will be available in the future shortly after its TV broadcast on Monday morning. podcast.sport1.de, Published in the SPORT1 app as well as on all popular streaming platforms.

Pit Gottschalk, Editor-in-Chief, Chief Content Officer and Member of Sport1 GmbH Management: “With Bernie Ecclestone as the main guest, we are reaching the new motorsport season in ‘AvD Motor & Sport Magazin’, which promises a lot of excitement, especially in Formula 1 from a German point of view. From now on, the duo will feature Ruth Hoffmann and Christian Danner on air. Once again weekly press events, entertainment articles, media service topics and analyzes for other first-class inmates, thus offering the perfect ending to the race weekend on Sunday evening. In line with this, the format is now also available as a podcast for everyone behind the wheel. ”

The Formula 1 Tour begins with Bernie Ecclestone, as well as the turn-reversal at the Nürburgring
The first of a total of 30 planned issues is dedicated to this year AvD Motor & Sport Magazine In detail about the upcoming start of the Formula 1 season in Bahrain. To do this, we welcome the director Ruth Hoffman And the Christian DannerWho will accompany the coordination throughout the season as a permanent expert, the former Formula 1 president Bernie Ecclestone Cross switch in the studio. The British businessman has pulled the strings in Formula 1 for more than four decades and made the first category one of the most important car racing series in the world. Hoffman and Danner, along with Ecclestone, clarified the most important questions in the final countdown: Who is where? Who has a chance to get the title? How is newcomer Mick Schumacher doing in his first season? How does Sebastian Vettel deal with his new Aston Martin? The most important rule changes and their impacts on racing are shown. Additionally, the duo faces a race test at the Nürburgring to see who is the best co-driver. In a fast turn-around experience, the Mercedes-AMG GT R and the Porsche 911/997 GT2 Manthey M600 deliver the necessary charge of adrenaline in the steering wheel, but also in the passenger seat. This and much more is available on Sunday directly from 9:45 pm. I am AvD Motor & Sport Magazine To see.

New season with new studio move and continuing celebrity guest list
In the early stages of the season, the format will move to a new, larger studio. Guests and other first-class experts will be received there to discuss current issues in the world of motorsport. Last year, Norbert Hogg, Ralph Schumacher, Nick Heidfeld, Hans Joachim Stock, Monisha Kaltenborn and Sophia Florsch were guests. In addition to the elements of speech, theAvD Motor & Sport Magazin ‘ Moreover, an overview combined with current articles on all relevant international and national racing series – with an emphasis on Formula 1. To this end, the content of the program will be expanded with new sections and service topics, among other things.

Reports of the Porsche GT Magazine from Sebring, plus exciting races from the USA and Australia live
I be Motorsports Sunday evening on SPORT1 You might do that too Porsche GT Magazine Don’t miss this week From 11:30 pm you can see. Curator reports in the second edition of the year Eric Ingeser From Sebring, where the US 12-hour IMSA race is about to take place. In addition, the magazine provides an overview of compact motorsport for many of the first-class racing series around the world that Porsche was in its infancy. More notable American motorsport on Sunday night also has it Sports 1 + With transfer NASCAR Cup Series Live AB 19:30 hr To offer him, this time in Atlanta. To do this appears Sports 1 + The three runs of Australian Super Cars Championship In Melbourne On Saturdays it takes back from 6:55 pm. As well as in Early Sunday morning straight from 3:20 am And the Live from 6:10 a.m..

A glimpse of upcoming motorsport broadcast times on SPORT1 platforms: