you are wrong? Shake iPhone and Other Tricks to Undo Almost Everything Mobile & Computer | Technique 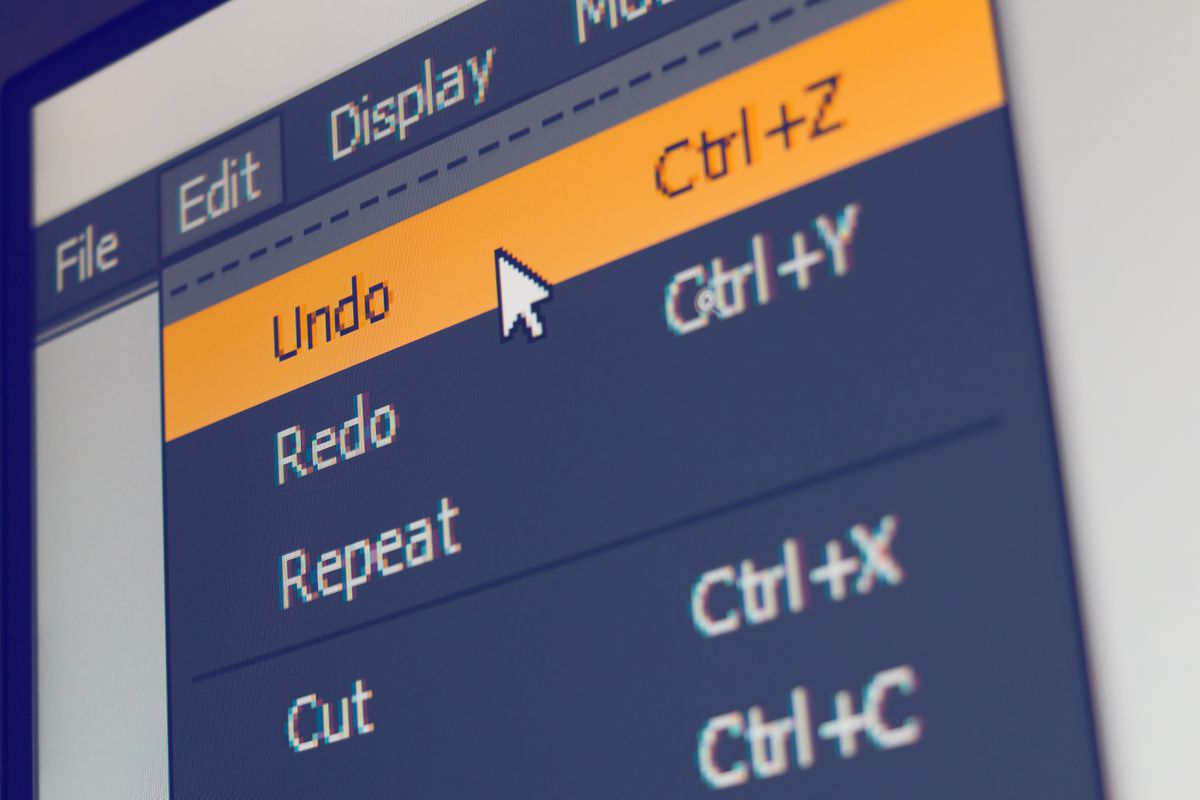 Being careless or impulsive can lead to scams while using your computer or mobile phone. An email that shouldn’t be sent, or a very important document unofficially sent to the trash. There are many situations where one can find himself on the edge of a precipice thinking that a slight touch spoils the hours of work. But in the world of computing and mobile phones, almost everything has a solution and comes under magic command Cancel the download.

The now popular sequence using the keyboard control + Z (or command + Z on a Mac) is an ancient acquaintance in the world of computers and lends itself to a function without which the world of computers would not be the same. It traces its origins back to 1974, the year the Xerox PARC Bravo text editor developers thought it would be a good idea to incorporate the ability to undo recent moves into the program.

One step back to make up

Matter Cancel the downloadAs its name indicates, it returns one or more implementations referred to by the user. However, its simplicity of operation masks a complex process that enables a step back in implementation. “It depends on a programming pattern called souvenirFernando Suarez, President of the General Council of Colleges in Computer Engineering, explains. This achieves that “with every change in an object, a copy is made of it before it is modified.”

This automatic shot enables the system to leave a lane to return to if needed. Although this function allows, by default, to reverse the last procedure, there may be many setbacks in some applications. “At the present time, this function has evolved thanks to the greater capacity of the equipment,” explains Suarez. “Office, for example, saves the last 100 actions.”

Things that can be undone

The popular mail service from Google included the ability to undo sending emails in 2015. In fact, it’s not just about recovering a sent email, it’s about setting a predefined time before it’s sent, so that the sender can cancel it. This possibility in Gmail allows you to edit Hot Possible Shipping Errors: Spelling Errors, Wrong Recipients, etc. But the sender won’t have much time to undo the sending, as Gmail offers four options for undo sending: 5, 10, 20, and 30 seconds. These times must be configured by the user in Settings / General / Undo From settings In the web menu.

Sending email containing inappropriate or erroneous content might cause problems, but the consequences are worse when what was destroyed is a complete office document. Business hours and hours can be wasted if the document is accidentally erased or destroyed. Fortunately, the developers have considered this possibility and have automated processes for auto-saving documents. In the case of Word, unless the user changes the settings, the document is automatically saved from time to time; With Google Doc, working directly in the cloud makes the process easier.

However, the application can close unexpectedly and it appears that the document is missing. What do you do in this situation? Microsoft has created everything Battery of measurements To deal with the missing file. The first step that those from Redmond suggested is to try to locate the document in the folder where Word is making its backups; It will be necessary to try to recognize it among those that have a .wbk extension (this is best done keeping the date and time in mind). If that doesn’t work, the Windows Recycle Bin should be a necessity in the event of a disaster (the file is rarely deleted entirely in one hit on a modern operating system). If the file exists but is corrupt, Microsoft offers A complete guide In order to restore them. In Google’s case, the process is simpler, because backups are permanent, and the giant is limited to just remembering How to recover One of the documents we deleted by mistake.

Not all iPhone owners know that there is a much faster way to clear written text than to delete character by letter with the cursor: get rid of it. Yes, Apple is proud to make the use of its devices as intuitive as possible and on iPhone, if you want to delete written text, just shake the device. Once done, a window will appear on the screen confirming that you want to revert what was written and that it should be validated. In the same way, you can reverse deleting text by following the same process: shake the device.

Delete a message sent by mistake in WhatsApp

Usually WhatsApp messaging app is a very popular base for making settlement errors. An overly affectionate message that’s sent to a boss by mistake or simply content is sent to the wrong recipient. Facebook’s signature allows you to undo these wrong shipments for a period (a little over one hour), as you can delete the message in both the sender and recipient folders. To do this, simply press and hold on the said message until the option to delete appears, and there select “for everyone”. One thing to keep in mind is that the recipient was able to read a portion of the message on the locked screen of their device if it had been configured. However, the text will appear “Message deleted”, so it may be wise to send some kind of clarification to avoid possible suspicion.

Clipboard managers, when what you want is duplicate texts

Backtracking is as important for correcting mistakes as it is to save time for re-operations. At the end of the week, how often do we repeat our phone number, address, or email in the texts and documents we send? These are words, titles, or sequences of characters that repeat over and over again, and can give you the ability to store them somewhere so that you can reference them a lot of time (and mistakes).

Clipboard management are memory-resident applications that are activated by a script. Their main task is to increase the number of items copied to the clipboard, but they allow you to store items that are repeated frequently and then presented with a few clicks of the mouse. DNI number, home mailing address, account number … these recurring items save a lot of time at the end of the year.

Applications like Confort holster For Windows paste For macOS, it also allows for templates that can be used to send recurring emails or responses to frequently used emails. Track the job Cancel the download Using applications that take advantage of the most frequent functions can greatly improve a user’s personal productivity.