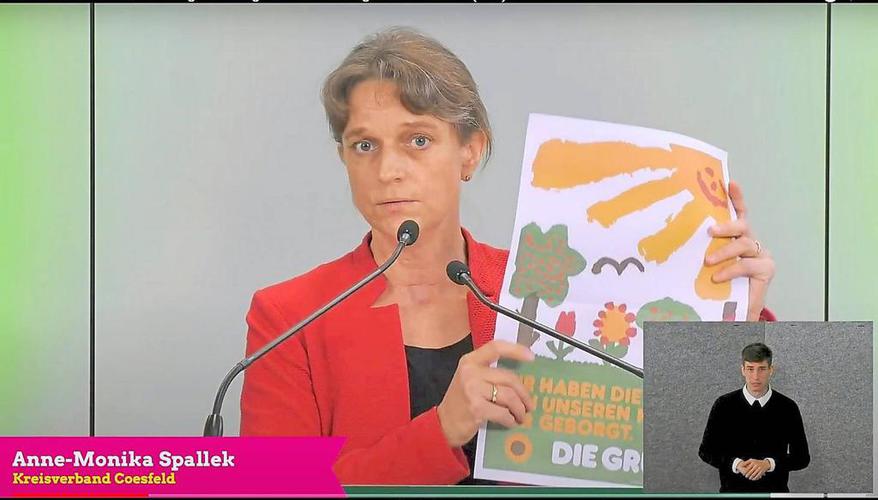 Spallek is in the 127th district of Coesfeld-Steinfurt II – the CDU candidate has won there in the past. Frederick Ostendorf, who moved across the list and no longer in the upcoming federal elections due to age reasons, joined the Green Party in 2013. In addition to Spallek, Marc Henrichmann (CDU) from Havixbeck and Johannes Waldmann (SPD) from Ascheberg and Rene Arning (FDP) ) From Coesfeld are known in the 127th arrondissement in the fall, who want to fight for the citizens’ votes.

“I am very happy, this is a great result,” Spalik told our newspaper after selecting the list. For Billerbecker, who has only been with the Greens for a good five years, he jumped from “zero to 100”.

She had initially run for nineteenth place on the list, but succumbed to another nominee. In her next attempt at 21st, she succeeded, being ahead of Maria Nistoroiu of the Düren Green District Association: Spallek got 231 out of 263 votes. At the weekend state conference of delegates, the 53-year-old was impressed with a committed speech in which she focused on strengthening rural areas and regional structures. “We have only borrowed the earth from our children,” she raised a poster carried by The Greens in 1983. Spallik noted that energy transmission occurs primarily in rural areas. It plays a central role in the ecological future and that is why farms must be supported. “I want to create sustainable local supplies with regional value chains from field to board,” said the 53-year-old who runs an older horse farm in Billerbeck. The transformation will only be successful if citizens are escorted and there are fair and adequate conditions for companies. Spalic named the expansion of digitization in rural areas as an additional topic.

READ  Criticism in Hall: FC Frohlinde will be an old man

Spallek is the spokesperson for forestry, agriculture and rural areas in Greens in North Rhine-Westphalia and was the spokesperson for the Coesfeld District Association from 2016 to 2020. She has been active in the District Council and Billerbecker Council since 2020. Previously as an informed citizen. “If I come into the Bundestag, I will no longer be able to do offices in the local council and council,” she says. But then she would like to continue living in Billerbeck. And it goes to Berlin by train.