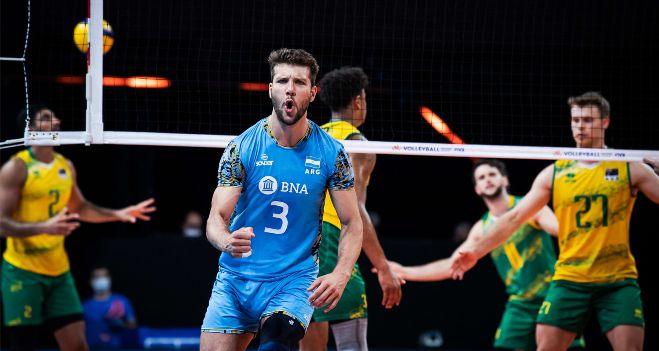 On Thursday, the Argentine national team achieved its third victory in the FIFA Nations League in Italy against Australia. With Federico Pereira as top scorer (15), those led by Marcelo Mendes won parts 25-17, 25-19 and 25-20. This Friday, at the conclusion of the third week, Argentina will face Japan from 8 am.

The selection had a good start to the match by playing with their midfield around 8-4. National dominance was maintained as a result of a good offensive performance (16-10) and although Australia tried on the finishes, the Argentinian foul drew the advantage in closing. Fresh contributions from the loser were significant in the end, as a competitor’s error resulted in a 25-17 close.

from submission Argentina upset at the start of the second quarter and crowned with good blocks to go from 8-6 to 13-10. A good reception and departure allowed Mendez’s men to continue driving comfortably. O’Dea and Smith searched for their team, but the selection continued intensely until the 25-19 quarter closed with a header from Pereyra.

Sánchez continued to distribute the game and the national team built a strong advantage with the trident Pereyra-Loser-Ramos toward 13-9. Australia recovered from the block, but Martinez kept Argentina ahead 16-14. Once again, those led by Mendes managed to get away with it at the net to take the win at the hands of Ramos, 25-20.

The result of combining the proposition and the opposite