With blue victories, Italians celebrate a return to normality 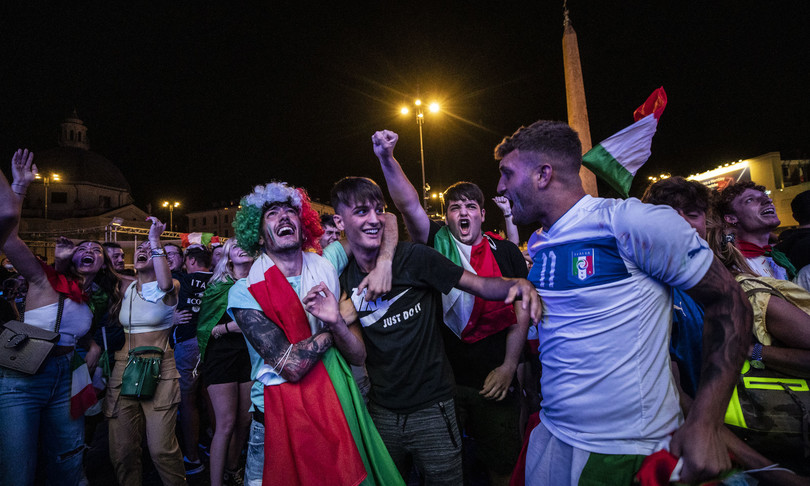 AGI – “In this moment of recovery from the most dangerous period of the epidemic, Italy’s victory in the European Championships is considered not only a sporting victory, but also, on an emotional level, a victory of hope and a desire to return. Eleonora Iacobelli, Psychotherapist and President of Eurodap (European Panic Disorder Association) ) for AGI.

This is due to the fact that Italians are inclined to unity and patriotism. Football culture, he says, is very present in our country, but it is also related to the historical and medical period we are going through. After being closed for a year and a half and not being able to attend sporting events, and not enjoying the sense of harmony and unity that football and sport in general can give, Italy’s victory was marked by, as a moment of celebration, student spirit and satisfaction.”

This is how, according to Iacobelli, so much enthusiasm for yesterday’s victory is justified. “Celebrating the semi-final victory is – he says – excessive or premature, but expresses a feeling of liberation due to the fact that we are finally back to participate. The advice is to live in the moment, but be careful they do not have excessive expectations. Because they can create disappointments. It is a speech that can Apply it to football but in general, also to a return to normality, which will never be what we have left but in some respects it will inevitably be less spontaneous and more mindful. So that you better understand what we previously took for granted and better evaluate it, including The European Football Championship and Olympics, which will start on July 23.

For Antonio Tintori, Head of the Social Changes, Assessment and Methods (MUSA) Research Group at the National Research Council’s Institute for Research on Population and Social Policy (Cnr-Irpps), “Football in Italy represents a passion and a valve to rest, and the victories of the Azzurri in this uncertain climate The stable uncertainty related to the progress of the epidemic can somehow ease the stress of the situation, recalling the (tool) climate of loneliness we breathed last year when we found ourselves on a balcony, every day at the same time, to share hopes, anxieties, fears and solidarity.”

– “We will need new data and specific studies to provide an accurate explanation of what is happening – the expert identifies – so these views are simply drawn from considerations based on a sense of the social climate we are experiencing at this historical moment. Since last March, we have set up an observatory of social changes in law (MSA-COVID-19) To assess the psychological and social effects of home confinement and reduced physical interaction among residents, with the mandate of the Prime Minister., Within our observatory of youth trends, we recently started research on infant and teenage populations in order to discover and explain the effects of the pandemic on attitudes and behaviors. More precisely, paying particular attention to the social perversion and discomfort of the individual.”

“Psychologically speaking for individual emotions – he continues – we actually found during the first lockdown last spring a general increase in negative emotions like sadness, fear, anxiety and anger, related to the difficult situation we were going through. From a psychosocial point of view, it was really interesting to be able to notice the effects of physical distancing on such a large scale.”

The scientist reported that after an initial period of uniform response to the epidemic, the population became somewhat bipolar, on the one hand, those who developed a kind of quasi-phobic fear of physical proximity, and on the other hand those who were ripening ‘impatient with limitations.

“Never before has such an intense physical event occurred – notes Tintori – and although we have actually come close, great social and psychological tension has been observed for some time. Born as a recreational arena, the stadium represents a ceremonial place to release and share certain emotions. This dimension is fundamental to non-social control. This form of control has played an important role in respecting the rules of ‘social distancing’, precisely because it regulates collective behavior not at a coercive level but from by sharing intentions.

Then the scientist explains that the football events of the past few weeks, on the one hand, helped relieve the tension that had accumulated due to the epidemic, and on the other hand, “they point us to what happened during the closure, when finding yourself on the balcony to share feelings, difficulties and anxiety produced an artificial spirit From Solidarity and Society did not take into account the fact that the problem that began to afflict us was not one of the Italians and their specific ability to respond, but rather a global plan in respect of which we had to instead generate at once an attitude of cooperative solidarity. Now we find ourselves rejoicing for the national team For football, we feel again part of the community. This relieves and directs tension and uncertainty elsewhere, and this is a human reality.”

Tintori concludes that “euphoria is welcome – even if the other side effects are related to gatherings in the field, which can contribute to the spread of infection. It is clear that it is always advisable to maintain sanity, and to be cautious in any potentially dangerous situation. But from the point of view From a psychological standpoint, the national team’s victories in the European Championship certainly seem to represent a respite that ordinary Italians have not at all hesitated to take up.”