With Biden in the White House, Ukraine has once again become central to his anti-Putin strategy 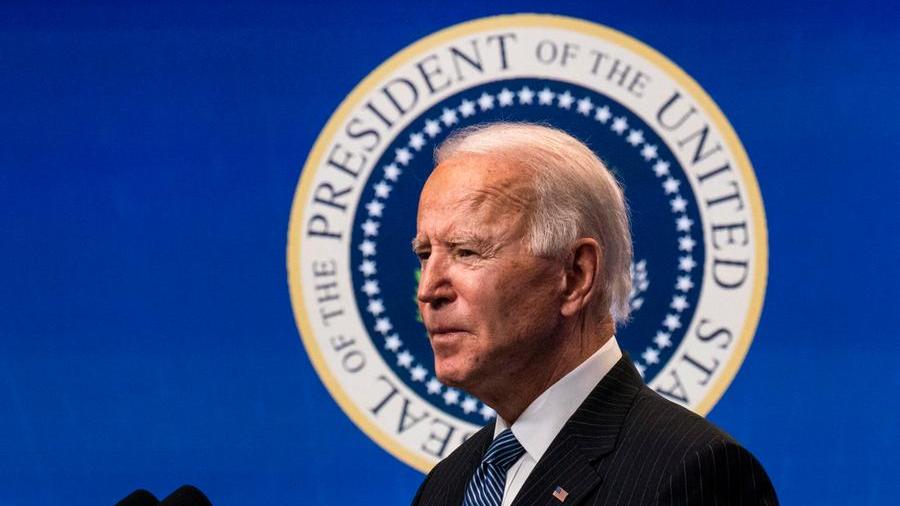 As president, I will make it clear to the Kremlin that he must end its aggression and occupation of Ukraine. “The Biden Harris administration will ensure that Ukraine gets the economic and military support it needs, including lethal weapons,” Biden said last year to mark the 29th anniversary of Ukraine’s independence.

After the Eurozone, the United States provided various forms of assistance to Ukraine on its way to strengthening state institutions, developing democracy, and resisting Russian aggression in the Donbas region. During the Trump administration, however, the White House’s attention to Kiev weakened, to the point that former National Security Adviser John Bolton, in his book The Room Where It Happened, accused Donald Trump of siding. With Putin on every possible occasion against Ukraine the critical opinions of the entire Congress, both Republicans and Democrats, have limited what would have been a disastrous US policy toward Ukraine (and more generally toward Congress as well, and thanks to Congress, Washington decided to send lethal weapons to Kiev, while the states) United States have been largely absent in the past two years in the conflict resolution process.

Now, under Joe Biden, how will US policy toward Ukraine and Russia change regarding conflict resolution in the Donbas region?

The United States will first have to meet two challenges posed by Russia: the military war and the nonmilitary methods used by the Kremlin against Kiev. Seven years have passed since the outbreak of the armed confrontation between Russia and Ukraine, and today Russia occupies the Crimean peninsula and controls part of the Donetsk and Luhansk regions through separatist forces. In addition, the war caused the deaths of around 15,000 people and millions of internally displaced persons and refugees. The mediation forum – the Normandy Quartet – ended with the participation of Germany, France, Russia and Ukraine, as its main document, the Second Minsk Agreement, is still a dead letter. And once Angela Merkel leaves her mandate, she risks losing her political weight even more.
That is why Ukrainian Foreign Minister Dmitry Koliba expressed his hope to see the participation of the United States in the Normandy Quartet in the near future. Indeed, Ukrainians have high hopes for the new US president to achieve a breakthrough in resolving the conflict. The second challenge relates to Moscow’s attempt to undermine the democratization process in Ukraine by creating cooperative forces that secure seats in local self-government.

It is likely that the new US administration will once again begin to provide systematic assistance to Ukraine in the reform process and in the security sphere by providing weapons and organizing training missions for the armed forces. It looks likely based on a series of indicators: first, all the numbers chosen for key positions are well known to be pro-Ukrainian; For example, the appointment of Victoria Nuland (known for her longstanding attitude towards Russia) as Under Secretary of State for Political Affairs makes us believe that in the State Department we will see an active team working in the post-Soviet region. Second, Anthony Blinken, the US Secretary of State, said during the Senate hearing that he would like Ukraine (and Georgia) to join NATO; Third, great emphasis will be placed on strengthening the resilience of the Ukrainian state and society by helping them implement democratic reforms. Indeed, Biden has already stated that all financial aid will be conditional on implementing anti-corruption reforms. Fourth, the United States will maintain the sanctions regime against the Kremlin, and last but not least, the new administration will continue to try to prevent the completion of Nord Stream 2, because the Russian pipeline to Germany could be a big blow to Ukraine. Economy because Moscow will divert gas from all over the country and will not pay transit taxes anymore.

In general, Biden views the promotion of democracy and resilience in the post-Soviet space “as a strong confrontation with the kleptocratic and authoritarian government in Moscow.” [che] In the long term, it will delegitimize its authority. ”

All of these strategies would address the non-military Russian methods used in Ukraine to undermine democracy and weaken the resilience of the Ukrainian people. As for direct initiatives to confront Russian military actions against Ukraine, Biden promised to increase political support for the negotiation process. However, we have yet to see what the new US strategy is to achieve a fundamental breakthrough in resolving the conflict between Ukraine and Russia.

* Head of the Eastern Europe and Eurasia Program