Marketing, Premier League monopoly in the US: Leading the Italian Serie A team in Delaware 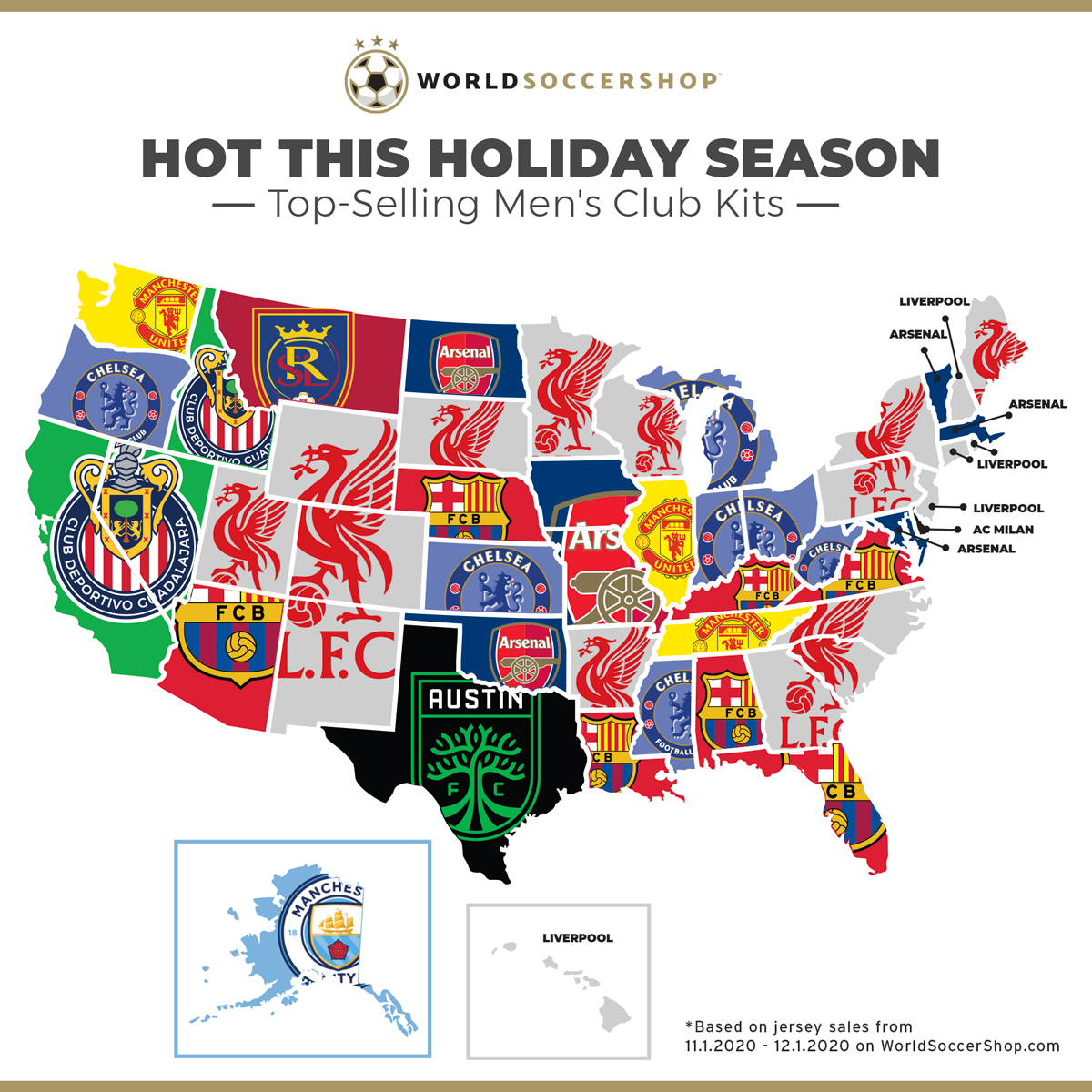 (By Marco Davinia) – European football has been confirmed Leader Also in sales in the USA. “World Football Store“ A study published this week confirms this finding. For the compilation of this map, the period from November 1 to December 1 was taken into account, and only the sets (shirts and shorts) of men were counted, thus excluding the female and children’s models. What is striking is the entrenched monopoly of the Premier League teams, with LaLiga chasing directly behind them. The only Italian league team in existence is AC Milan, which in Delaware managed to sell more sets than all the other teams.

By analyzing promotional sales in the 50 federal states that make up the United States of America, we understand that a large portion of the regions are dominated by the Premier League teams. In particular, the team that sells the most items is Liverpool FC Imposed on 18 states. The reasons can be found in the winning image conveyed by Jürgen Klopp’s men in recent years, but above all in the fact that New Balance (Boston, Massachusetts-based clothing house) has managed to devise a comprehensive and effective marketing strategy. Behind Liverpool, then there is Arsenal, Manchester United and Chelsea e City of ManchesterIt is found mainly in the Midwest (Illinois, Indiana, Iowa, Michigan, Minnesota, Missouri, Ohio, and Wisconsin) and in part of the southern states.

In fact, from Oklahoma to North Carolina it exists Barcelona. The Catalan team distinguished, in the month under study, the markets of Louisiana, Florida, West Virginia, and others. Surprisingly, there are no other La Liga teams that still have international status as Real and Atletico Madrid are not on the map, or PSG.

Finally, attendMilan Italian club, Which had established itself as a leader in sales in Delaware, was “adopted” by President-elect Joe Biden, Senator in Dover from 1973 to 2009. Among the 26 teams in the Major League Soccer (Major League Soccer) Only Austin and Real Salt Lake have been able to establish themselves in American sports marketing.