What the United States is asking of Draghi 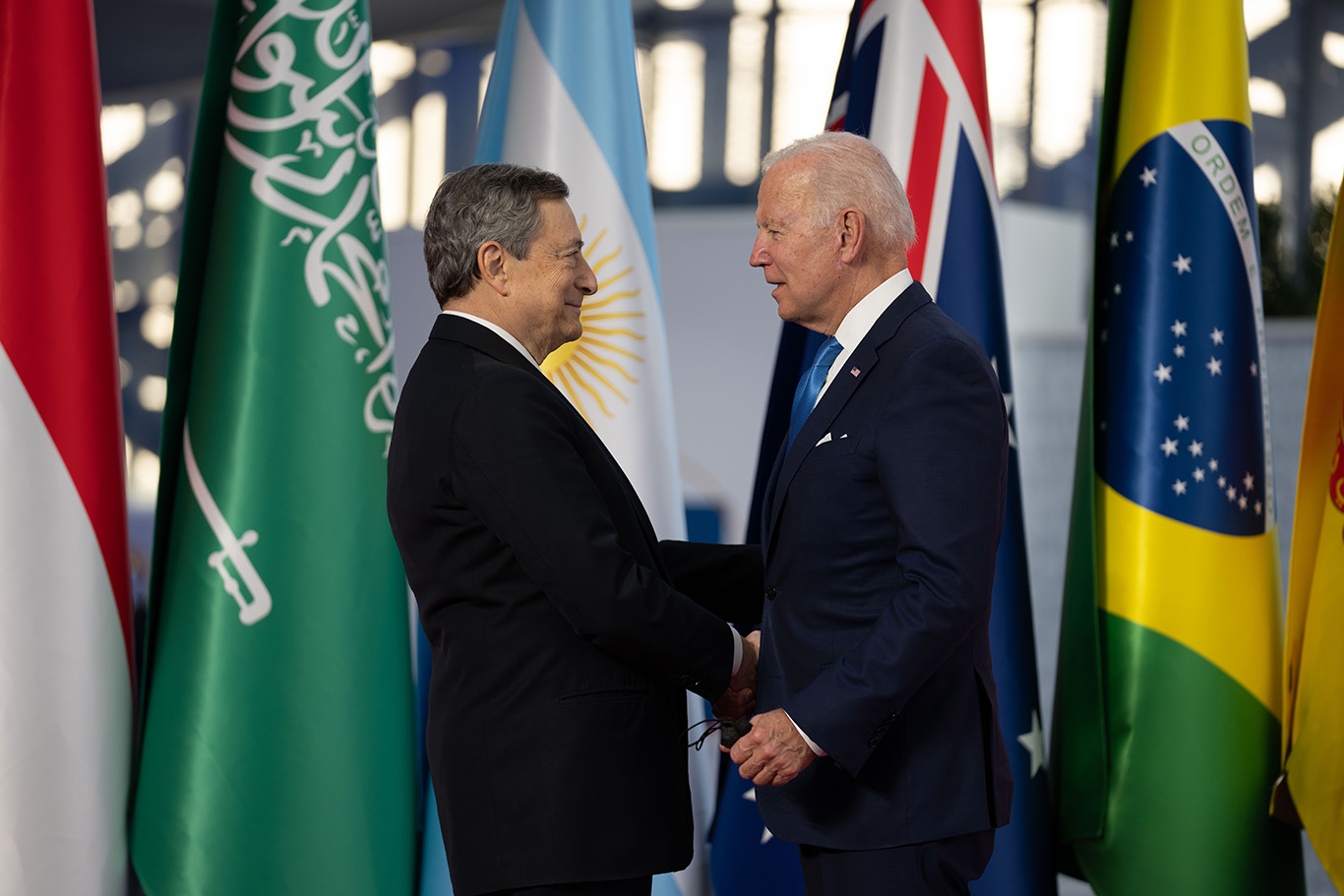 Draghi’s Atlanticist pros and cons: The US is now delegating to Italy the role of arbiter in the European Union that was formerly London. Tino Oldani’s article for Italy today

The meeting in Rome between Mario Draghi and new chancellor Olaf Schultz prompted many analysts to make predictions beyond the usual words of circumstances that heads of government exchange after secret talks. Predictions are not without imagination, which should be taken with caution. There are those who delude themselves in my opinion and actually hint at the Berlin-Paris-Rome triangle replacing the Franco-German axis. There are those who support, in support of these predictions, the hypothesis of the Treaty of Rome-Berlin, similar to the Quirinale Treaty with France, which is unheard of in Germany, because it is pure fantasy. And there are those who are hoping, more realistically, for a side game between Draghi and Emmanuel Macron to persuade Schultz to mediate with northern European countries to agree to reform the EU’s stability pact that will send a decade and bankruptcy to archive policy austerity. A much-needed reform introduces new standards for government finances for EU countries, such as conforming to the European Green Deal, which will require massive public and private investment, that can only be achieved through a strong economic recovery.

Obviously, these are all hypotheses. The only certain fact, in both of them, is that Italy will be able to play the game, at the European level, only with Draghi at the head of the government. This is what the most reliable media in Europe says. And even if they don’t say it publicly, they think so too in Washington, where they rely heavily on Draghi’s Atlantean. But what is the Atlantic? As a rule, a politician is defined as an Atlanticist when he wants to emphasize his loyalty to NATO, the military alliance of the Atlantic countries originally opposed to the Soviet bloc of Russia, and today to Vladimir Putin’s Russia. The loyalty that lasted for 70 years went hand in hand with the friendship with the United States, which was the promoter of NATO and is today the first financier and supplier of soldiers and weapons. However, in Draghi’s case, Atlanticism refers to something more, that characterizes his true political profile, and complements his image of a banker loaned to politics.

Some aspects of Atlantic Draghi, for and against, at the heart of a short article on the Eurasia website (“Geopolitica del Draghismo”), signed by Daniela Pera, MA, Secondary School of Economics and International Relations of the Catholic University of Milan. What emerges is an image of a prime minister of complete confidence in the Joe Biden administration in the power game that the United States is waging, on a geopolitical level, within Europe on the one hand, and against China and Russia on the other. “Draghi’s role as agent for Atlantic interests in Europe is long-standing,” writes Berra. When he was at the helm of the European Central Bank, his task was to counter the power of Europe’s largest central bank, the Bundesbank. The aim, unconvincing, was to put an end to the problem of the German trade surplus, which was an undesirable factor in the project of asserting American hegemony over Europe.

Moreover: “The last Quirinal Treaty between France must also be included in this process of domination over Germany, both in terms of excessive power within Europe and in terms of aspirations to build a privileged relationship with Russia and Italy, under the direction of the US Secretary of State, Anthony Blinken. In this regard , it should be emphasized that the balancing role between Germany and France was historically reserved for Great Britain. Today, after Brexit, this task has been attributed to Italy led by Mario Draghi, which, together with France, will exercise a controlling role within the Mediterranean ​, to ensure that the royal hegemon (the United States; ed.) is able to focus its efforts on containing China.”

Hence, Draghi’s anti-China moves: “It is not surprising that, since his inauguration, the Draghi government, also pushed by the extremist Atlantic League minister, Giancarlo Giorgetti, has used the tool of golden power three times to avoid the acquisition of Chinese groups of Italian companies operating in sectors of The latest case is that of Zhejiang Jingsheng Materials, which was banned from buying the Italian subsidiary of Applied Materials, in the semiconductor sector. Still in the microchip sector, in March it prevented the acquisition of 70% of Lpe by Shenzen Invenland Holding Group, while in October Gold power was exercised to prevent agrochemical giant Syngenta from taking the lead on food group Romagna Verisem.”

In the face of anti-China moves, the article argues in a critical tone, “The Italian government has shown no qualms in the face of the attempted takeover of Tim by the KKR North American Fund. Just as there was no particular shock of pride when Fincantieri was halted by an Anglo-Australian agreement that paved the way for The way for the most famous Aukus (which extended to the USA), he lost an order worth 23 billion POs. The Royal Australian Navy.” Finally, to underscore Draghi’s Atlanticism even in the face of the pandemic, recalls Pera’s article, without mentioning the name of General Francesco Paolo Figliolo, that “the management of the vaccination campaign in Italy has been entrusted to a highly-awarded NATO general, decorated among other things with the Order of Merit of the United States of America.” A veiled criticism, but a false one. In this case, the Atlantic lives long: compared to the disastrous management of Domenico Arcuri, the leap in quality, in terms of saving lives, is there for all to see.

See also  Work is underway on the US-EU summit, an anti-Chinese technology, trade and democracy alliance

The article was published on Italy today