What cities could a Chinese missile strike out of control. Pictures of the track and place where LIVE VIDEO could be dropped 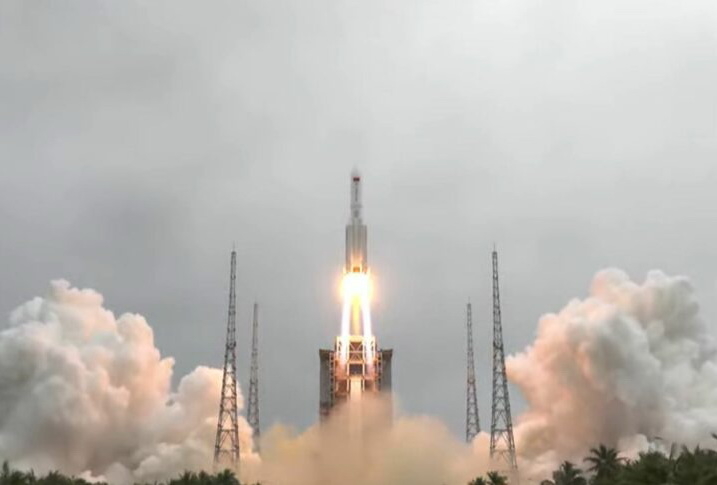 China’s 21-ton Long March-5B missile, which carried the first unit from the Beijing Space Station on Thursday May 6, will hit Earth at the end of the week, after it got out of control. It will collapse, likely on Saturday May 8, 2021, and its remains may reach populated areas.

However, the Pentagon announced through Defense Secretary General Lloyd Austin that the United States does not intend to shoot down the Chinese booster, which was discovered in Earth’s orbit at an altitude of 700 km, according to Air Force Mag.

Ground radars used by the US military to track spacecraft and other objects discovered the missile that was being monitored in real time. Currently it is flying at a speed of about 25,200 kilometers per hour.

“We hope the missile will fall in a place where no one is hurt,” the general said. “We have the capacity to do a lot of things, but we’re not planning to eliminate them,” Lloyd Austin said at a news conference.

The Pentagon previously announced that it was exactly the point of impact on Earth The Chinese missile “can only be identified several hours after it enters the Earth’s atmosphere.”

“Approximately 20-40% of the initial mass of the missile could remain intact, with potential significant impact in the contact area,” warned Holger Krag, head of the European Space Agency’s security program office.

McDowell said that the potential cities in which the missile could crash “could be New York, Madrid, Beijing, southern Chile, Wellington and New Zealand.”.

A Chinese missile, out of control in space, will hit Earth

You can watch a live broadcast of the missile’s trajectory from China, out of control, by watching the video below.