Washington releases first team merchandise, and it’s possible there are clues for the franchise’s future name 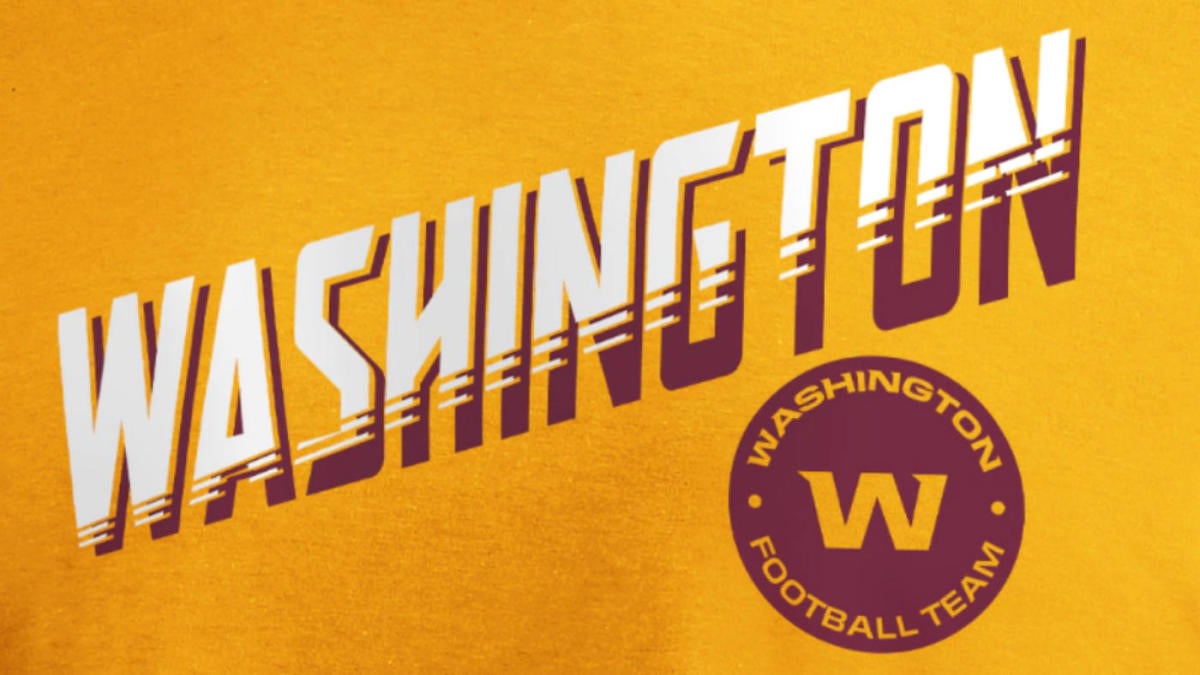 The Washington Football Team recently released new merchandise that can be purchase through the team’s official website. But that’s not the focus of this story. The focus is on the possible bread crumbs Washington may have left as it relates to their future team nickname.

A rational person would look at the “evidence” below and say that the text style chosen for each shirt is meant to tie in to the design of the temporary “W” logo, which involves serif marks at the top of each “arm” of the letter that point to the left, providing an effect of the letter (and entire “Washington” wordmark) moving forward. It’s also possible that even though these designs are unique to Washington now, they may become available for other teams in future weeks. We’re 99% sure one of those two things is what’s going on here.

But let’s have some fun and talk about the other 1% by looking through the new merchandise and seeing what we can find. When starting down this rabbit hole, keep in mind that the team, if they’re thinking of their fans, would create team merchandise that could be worn beyond this year when the team unveils its new, official nickname.

If the “W” logo that the team is temporarily using, which appears on several of their new shirt designs and you can see at the bottom right of the image below, is indicative of the planned direction of the new nickname, we could conclude that Washington is strongly considering calling themselves the “Warriors.” The Warriors nickname was reportedly on the table this summer, before the team decided to wait a year before unveiling a new nickname.

However, note the style of the “Washington” text on the shirt above. See how the dashed white lines start near the bottom of the “W” and rise as they move toward the “N”? It’s almost as if that part of the text is “lifting off” like a plane from a runway. The dashed lines (more prominent as the text moves to the right) also evoke the contrails you see coming out the back of a plane in the sky.

Why is this important? It’s possible that this flying text style could mean that the team is considering the nickname “Redtails,” which, per CBS Sports NFL writer Jared Dubin, is “a nod to the planes flown by the Tuskegee Airmen, an all-Black squadron of fighter and bomber pilots who fought in World War II and were the first Black military aviators in the United States Armed Forces. Three of the first five admitted Airmen were from Washington, which gives the Redtails name a specific connection to the city.”

Taking the flying theme further, notice the swoosh lines that run across the name “Washington” in our second design above. Could this be another indication that the team is considering integrating flying, in same way, into the future nickname? The sharp yellow line that starts underneath the “W” and rises up through the “A” also looks gives off the vibe of rising on a sharp plane.

READ  Let's Dance 2021 (RTL): Auma Obama is the sister of the former president - who drove her to Germany

Sure, this font style could just be a coincidence. But how much fun would that be? Also, considering the popularity surrounding the Redtails nickname, this could certainly be a foreshadowing of what’s ahead.

Going with the flying theme, the “Redhawks” nickname is another possible option, assuming that Washington is thinking that way. Redhawks is actually the nickname of Miami University in Ohio. Like Washington, Miami had to retire its old nickname before rebranding.

You see more contrail-type effects embedded in the text for the shirt above, but the sharper points that emerge from the text are more in line with something like the lightning bolt vibe of the Los Angeles Chargers. We know that name is out, but could they be going for some other type of off-the-radar electricity nickname like the “Washington Bolts” or “Washington Shockers”? In the end, it’s probably too close to the Chargers name, so we can probably scratch this idea.

Is there a clue to be had in the choice of “WAS” for the shirt above, though? There isn’t really an apparent nickname choice that starts with those three letters, but if you think of them as the WAs, that could set up a name like the “Washington Admirals” or “Washington Arrows” or anything else that begins with that letter.

What we do know is that we have at least one football season to wait before Washington’s brass unveils its new nickname. Until then, we can try continue try to read through the tea leaves. But based on the complexity of this exercise, we can leave the real detective work up to the professionals.