Volleyball trips for victory in the first game against TCU 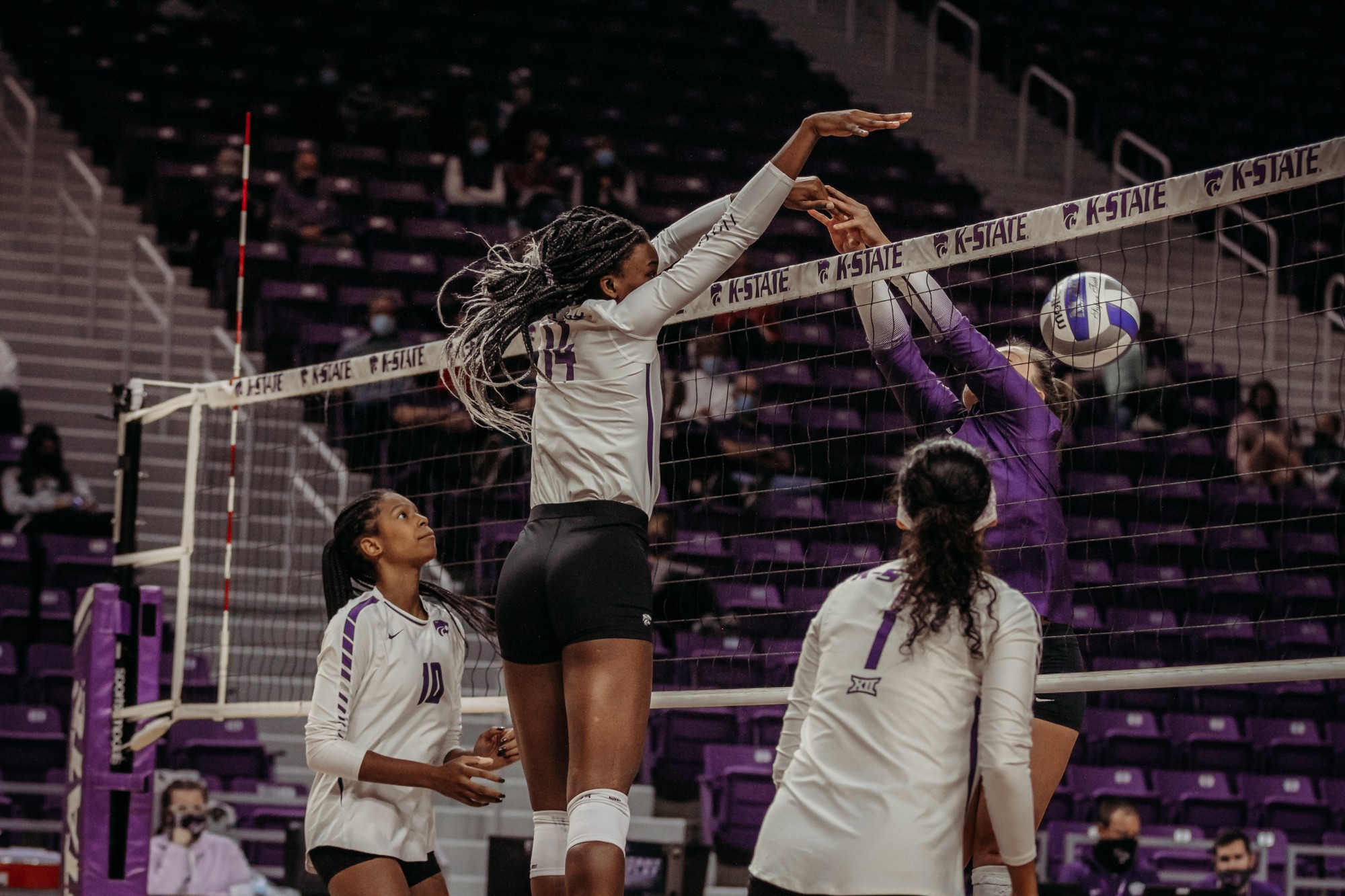 With 40 kills and only seven faults in 90 attempts, the Wildcats had a high season hit on Friday night at 0.367 percent against Horned Frogs, who were playing their first game in just under a month.

“I thought it was a very dominating performance for us tonight,” said Suzie Fritz, the lead coach in a press release for K-State Athletics. “Just being able to get to close to .400 as a team feels really good. And for TCU’s account, they’re coming out of some pretty big adversity because they haven’t played in a month. It looks like we’re in late season, so I was very happy with tonight’s game.”

The new students of the Korean state shine in Friday’s match. Outside batsman Alia Carter, after a moderately poor double-head performance with Texas Tech last weekend, has returned with force, leading the team in homicide with 14 kills while also scoring three blocks.

Middle-minded Cady Fernholz also spent a career night, recording seven kills and no mistakes in 10 attempts to get a hit rate of 0.700.

K-State made a fairly quick and clean start in the first set, recording 11 kills and four fouls in that first frame, outperforming TCU in a 25-16 victory that finished with a score of 8-2 in favor of the Wildcats. Of those 11 fatalities, Carter scored four in that first set. Redshirt sophomore Abigail Archibong and Holly Bond were combined for four blocks in the inaugural set as well.

‘It just gives us extra fuel’: K-State has yet to retreat despite expected finish at bottom of the Big 12

Archibong ended her night leading the team in blocks, scoring six in total.

Things continued to improve for K-State throughout the match, starting the second set with a 20-9 lead, finishing with 17 kills in just two fouls versus a 0.395 hit percentage, en route to the 25-16 grouping two wins. Carter led the way in that group, and directed six kills and there were no mistakes.

Julia Adams, a sophomore at TCU, led the team and recorded seven kills at night. TCU finished with 28 kills and 20 fouls in 91 attempts with an injury rate of 0.088.

“We managed to overcome some turbulence, a little bit, with our squad and play a little bit tonight, but we didn’t feel any break in the chain,” said Fritz. “For me, those were big positives. To be able to go out and hit 367 and keep your opponent under 0.100 – that’s a very good season, it’s a good night for us.”

K-State shuts its double header against TCU at 6:30 p.m. tomorrow in the Wildcats Final at home at the Bramlage Coliseum. This match can be watched live on Big 12 Now on ESPN +, with live audio on KMAN Radio.