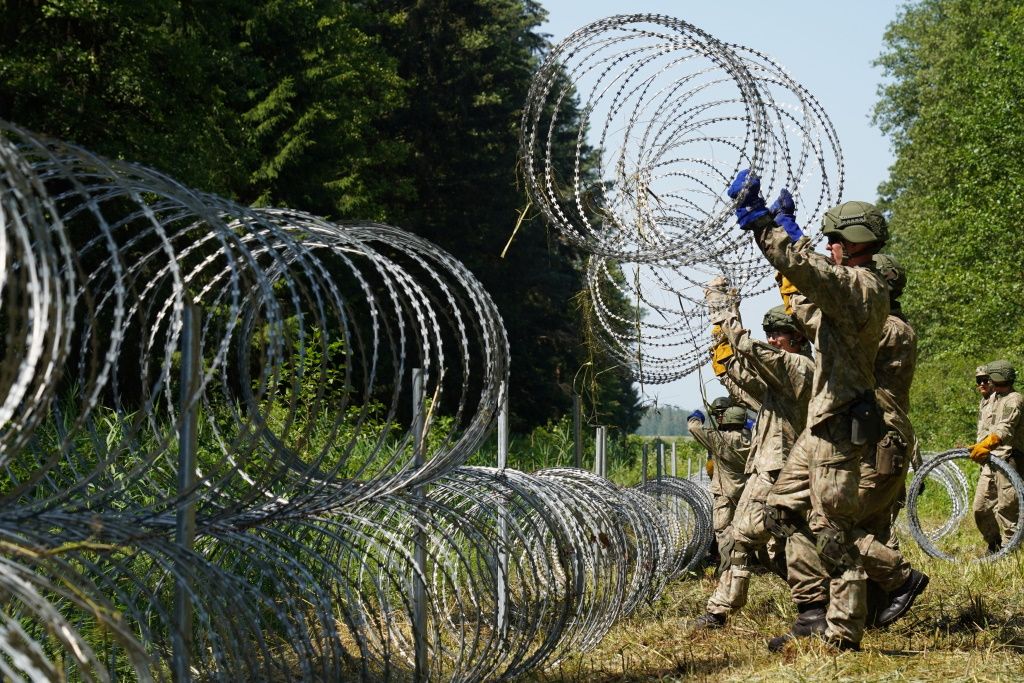 Lithuanian border guards claim that 12 members of the Belarusian security forces in an emergency response crossed the border on Tuesday and entered the territory of the Baltic country. According to the Lithuanian border guards, they did this when they “pushed” a group of 35 Iraqi migrants into Lithuania. Vilnius had announced after the incident that it would reinforce border patrols, according to Reuters.

Border guards also on their social networks published Screenshots of this situation “As can be seen in the video, the Belarusian border guards (…) are pushing a group of illegal immigrants towards Lithuania. And then they themselves cross the border line,” TASS quotes preventing the migrants from moving forward.

The Belarusians left the area after a few minutes. They did so after repeated warnings of border violations, Rokas Bokenskas, a spokesman for the Lithuanian border guards, explained the incident.

Formerly Belarusian Border Protection Committee published The video depicting the incident from the Belarusian side warned Reuters. No members of the Belarusian security forces appear on it. “Lithuanian border guards use physical force to push refugees into the Republic of Belarus,” the committee said, stressing the presence of children and a pregnant woman in the group.

It is not clear from the current information which country the group of immigrants ended up in.

In recent months, Lithuania has faced an influx of Iraqi migrants in particular, coming through neighboring Belarus. Border guards arrested more than 4,100 migrants this year, up from 81 in the whole of last year. In August, the flow of new arrivals weakened as Lithuania began sending migrants back to Belarus, Reuters writes. Latvia recently reported an increase in the number of migrants arriving via Belarus.

Vilnius and the European Union accuse the authoritarian regime of Belarusian President Alexander Lukashenko of sending people from Iraq and other countries in the Middle East or Africa to Lithuania in an organized manner across the border, in response to the sanctions imposed by the 27 EU countries on Minsk. The borders of the Baltic states are also the external borders of the European Union.