USA wildfires: ‘When I got here, it was like a bullet in the stomach’ 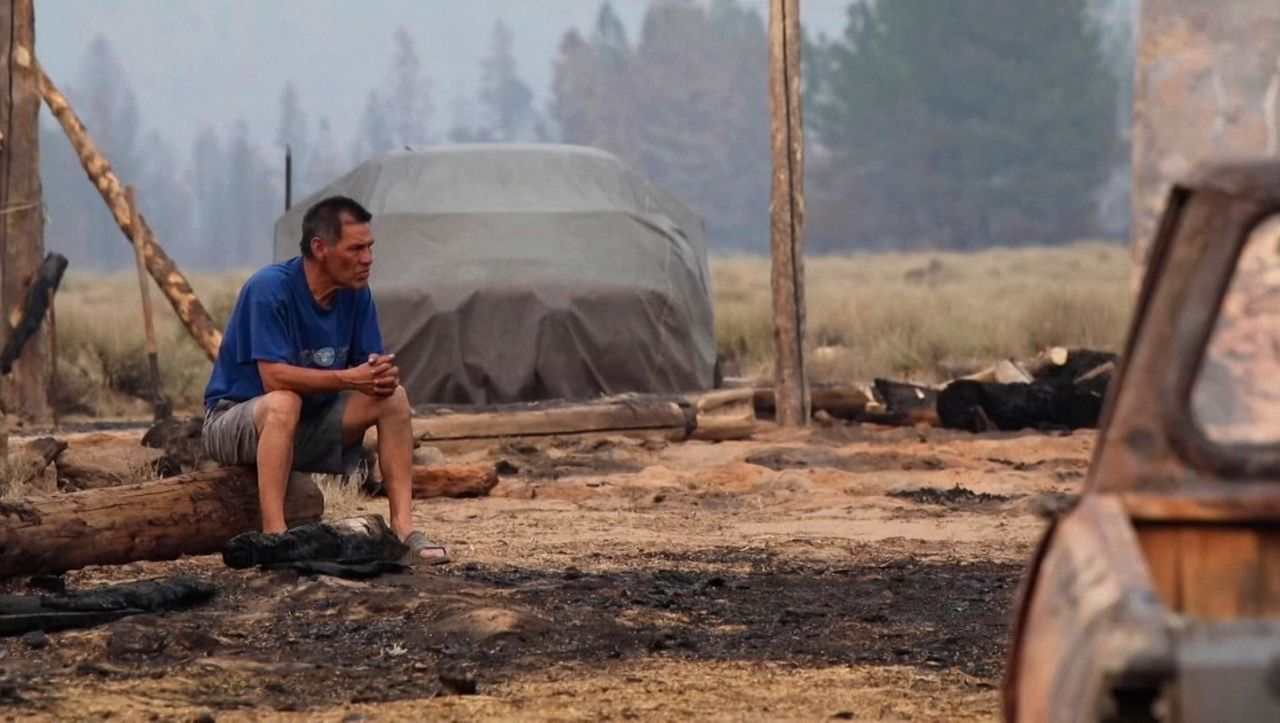 The largest wildfires in North America are currently raging in Oregon. According to local news reports, this year the so-called “Bottlege Fire” destroyed at least 67 homes near the California border.

“Otherwise the sheriff will come and give me a choice. He said, ‘If you want to escape, you can evacuate. But if you want to stay, you can stay.’ This time the sheriff came and said, ‘You have to get out of here!’ So we decided to go.

More than 2,000 people have had to leave their homes in the Sycan Estates community. When they returned, they found that there was nothing left of their homes.

“I thought I still had the sawmill and maybe this business. I thought I had something else to go back to. When I got here it was like a gunshot to the stomach. My stomach turned. There was nothing left.”

160,000 hectares of land ablaze in the area, an area about three times the size of Lake Constance. More than 2,200 firefighters work. Although they were able to contain more than half of the fire, the operation came too late for some residents in the hinterland on the Sikan River.

“I lost my father in 2015. All the pictures are there… All the knives, all his stuff… There were things there that never come back. “

Oregon Governor Kate Brown called on federal and state authorities on Sunday to invest in measures to prevent such fires. Clearly, fires are getting more and more difficult to combat, a sign of the changing impact on the climate.

The wildfire season in the western US appears to be more devastating this year than it was in the record year 2020. In neighboring California, the biggest wildfire of the year was accompanied by smaller fires over the weekend and there, too, threatens the livelihoods of many people.