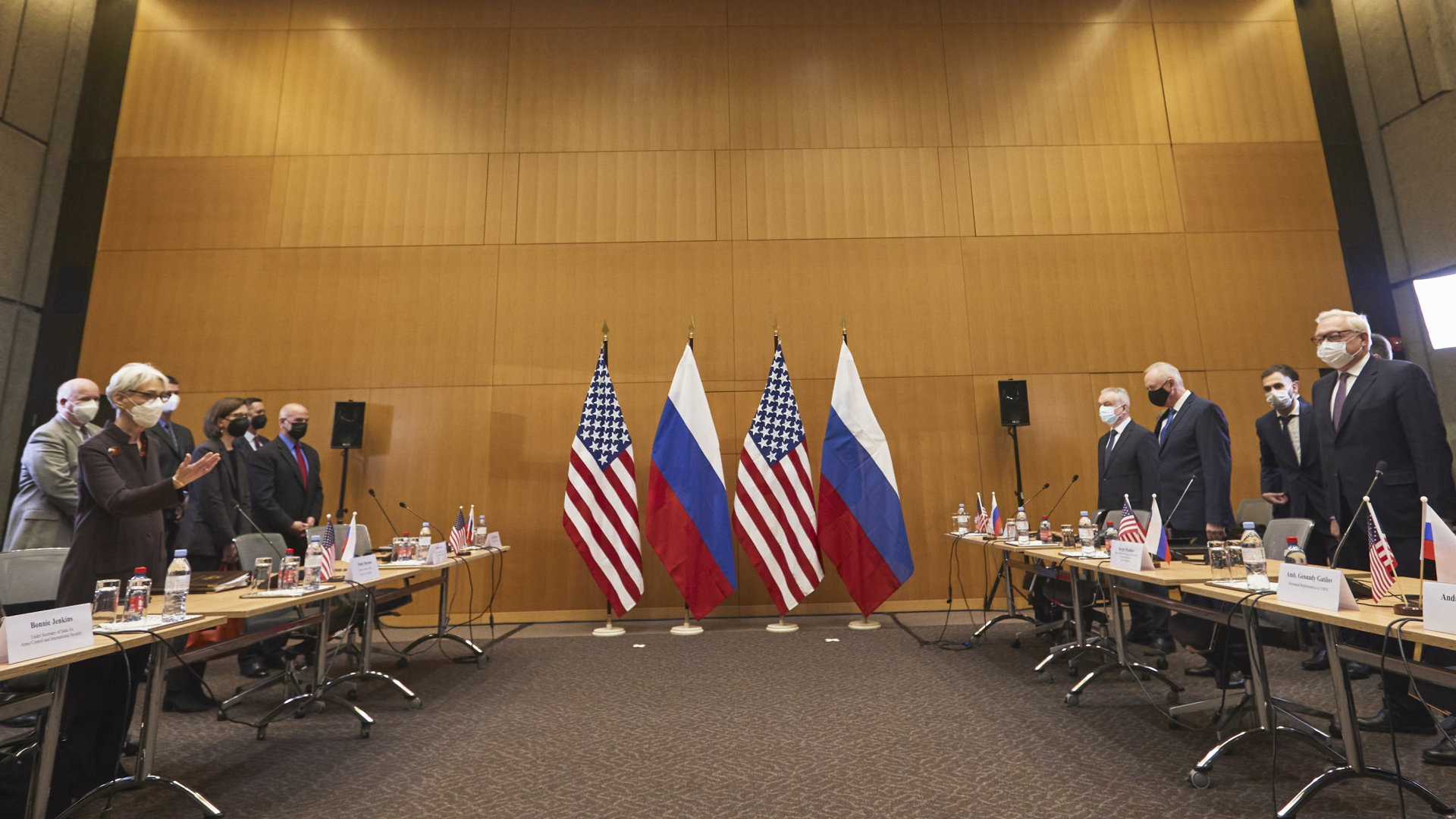 In Geneva, the US and Russia began talks about tensions over Ukraine – and the Russian deputy foreign minister had previously predicted tough negotiations. And NATO is tempering expectations.

Diplomatic crisis talks have begun between the United States and Russia over the recent tensions surrounding Ukraine. US Deputy Secretary of State Wendy Sherman met in Geneva for a round of official talks with Russian Deputy Foreign Minister Sergei Ryabkov. The meeting will be held at the US Embassy. The focus is on the buildup of Russian forces on the border with Ukraine and Moscow’s demand for security guarantees from NATO.

Around noon, Sherman said on Twitter that it had been made clear that “we cannot discuss European security without our allies and partners.”

Before the talks, Ryabkov told Russian state television that the US side should be prepared to make concessions. Russia has formulated clear positions, even at the highest levels, that “it can no longer simply deviate from it.”

The talks come as part of the “Strategic Security Dialogue” that US President Joe Biden and his Russian counterpart Vladimir Putin announced in the summer. After an informal business lunch on Sunday, Ryabkov predicted tough negotiations and spoke of a “complicated discussion”. A State Department spokesman said Sherman stressed the United States’ commitment to the principles of sovereignty and territorial integrity. In addition, each country has the right to decide for itself which alliance it wants to belong to. In addition, the United States welcomes progress made through diplomacy.

The RIA Novosti news agency quoted Ryabkov as saying today that he feared that Washington would not take Moscow’s call to end NATO’s eastward expansion seriously. Referring to a 2008 NATO resolution offering Ukraine and Georgia the possibility of joining, he asked, “Are you ready to give legal guarantees that this country, like other countries, will not join NATO?” His prognosis is somewhat pessimistic.

Russia wants assurances that NATO will not expand eastward and withdraw US nuclear weapons from Europe. The West is concerned that the Russian government is preparing for a new invasion of the neighboring country after the annexation of Crimea – according to Western estimates, Russia has amassed about 100,000 soldiers on the border with Ukraine.

NATO rejects official guarantees. The United States considers the deployment of Russian forces an act of aggression and calls for Russian steps to calm down.

US Secretary of State Anthony Blinken said recently that in Washington’s view the withdrawal of US forces from Eastern Europe or the pledge not to expand NATO had not been negotiated. US officials have shown that it is possible to limit the stationing of certain missiles in Ukraine in the future. In addition, US and NATO military exercises in Eastern Europe may be limited. For this, however, Russia will have to abandon Ukraine, demand representatives of the United States.

Meanwhile, NATO Secretary General Jens Stoltenberg reiterated support for Ukraine. Before consulting with Ukrainian Deputy Prime Minister Olga Stevanishina in Brussels, he said that the military alliance will continue to support the country on the path to joining NATO. Kiev has the “right to defend itself” and NATO will help the Ukrainian government in this.

At the same time, Stoltenberg softened expectations about the various forms of talks with Russia this week: “It is unrealistic to think that all problems will be resolved by the end of the week,” he said. But he very much hoped that there would be a real will on both sides to participate in a process that could prevent the outbreak of a new armed conflict in Europe. “Hopefully we can agree on how to move forward, we can agree on a series of meetings, we can agree on the process.”

The meeting of the Deputy Foreign Ministers of Russia and the United States ushered in a week of intense discussions on the situation in Ukraine. A meeting of the NATO-Russia Council is scheduled in Brussels on Wednesday and a meeting of the Organization for Security and Cooperation in Europe in Vienna on Thursday.