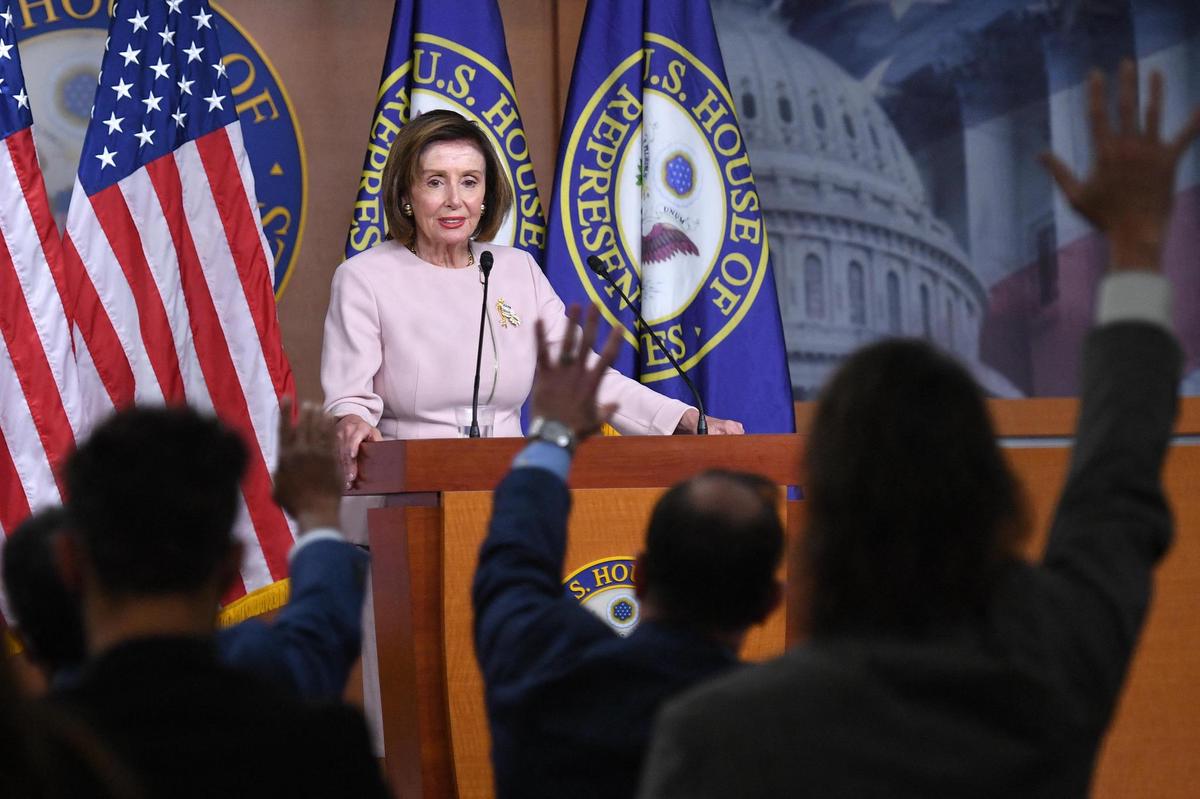 The Democratic House of Representatives Speaker estimated, on Sunday, that during the week, the elected Democrats will reach a compromise on the subject of the major infrastructure plan requested by the US President.

House Democratic Leader Nancy Pelosi said on Sunday that elected officials in her party could reach a compromise next week on the substance of the broad reforms that Joe Biden aspires to.

Like Economy Secretary Janet Yellen, Nancy Pelosi on Sunday raised the possibility that these reforms could be financed in part through a tax on assets owned by the richest people in the United States. “We’re almost done,” the official told CNN, also responding to “that’s what’s planned,” when asked if the deal would be reached in the week. She also said, “We have agreement on 90% of the project, we just have some final decisions to make.”

Joe Biden on Sunday morning received Senate Democratic Leader Chuck Schumer at his Delaware residence, and Senator Joe Manchin, one of the elected Democrats opposed to parts of the social reform project.

The White House described the interview with Joe Manchin as a “productive discussion.” “They have continued to move forward, will have their teams work for the rest of the meeting and have agreed to remain in close contact,” he informed the White House.

“We will probably tax the rich,” Nancy Pelosi said Sunday, stressing that this option is still under discussion among Democratic senators. At best it will finance 10% of the project, the person in charge indicated.

Janet Yellen later clarified on CNN that the proposal made by Nancy Pelosi was that of Senator Ron Wyden. It plans to tax capital gains generated each year, but not cashed out, through liquid assets held by billionaires, those that can be quickly converted into cash like stocks.

“I wouldn’t call it a tax on the rich,” said Janet Yellen. “But this will make it easier to make capital gains that are a very important part of the income of the richest people that are not currently taxed” until they are sold, she added.

The proposal would affect people with more than $1 billion in assets or more than $100 million in income over three years, or fewer than 1,000 American taxpayers, according to the Wall Street Journal.

The US President on Thursday expressed cautious optimism about the possibility of a deal in Congress to move forward with his social reform and infrastructure plan. The sums were planned in an effort to bring together all parties of the Democratic Party. During the week, Joe Biden led intense negotiations with reluctant elected officials in which he agreed to drastically cut spending on social and climate measures.

West Virginia Senator Joe Manchin and Arizona Senator Kirsten Senema, centrist Democrats, have the equivalent of vetoing these projects in the face of the very weak majority of Senate Democrats. The US president initially wanted to vote for a $3,500 billion, 10-year program to improve health care, education, and early childhood. During discussions within his party, this amount was reduced to about 2 trillion.

Did you find an error? Please, let us know.Report now.

See also  More than half of pregnant women in British hospitals with Covid-19 are minorities, the study found