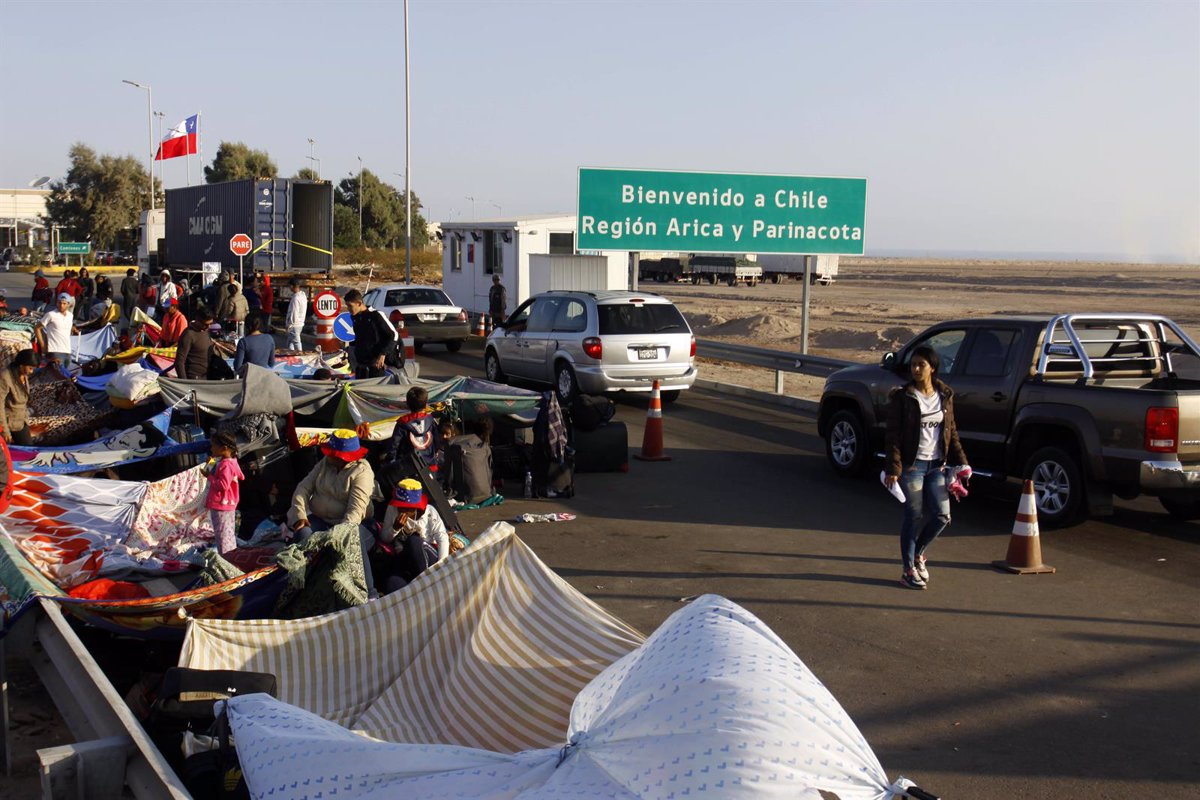 The United Nations High Commissioner for Refugees (UNHCR) said Friday that it is bolstering its presence and distributing aid at Chile’s northern border in the face of an “increased” arrival of Venezuelan migrants on foot.

Since November, about 500 Venezuelan refugees and migrants cross the irregular border crossings between Bolivia and Chile every day, a region of the Andes more than 3,600 meters above sea level with extreme temperatures, with hot days and nights recording -20°C. .

Neither the pandemic nor the social crisis that lasted for more than a year in 2019 dampened the desire to migrate to Chile, one of the most attractive countries in Latin America due to its political and economic stability.

He warned that “most people use unusual ways, defying the humiliations of the Atacama desert and facing risks of sexual exploitation, as well as abuse by criminal groups.” Release International body.

21 immigrants have died so far this year

He added that many of the migrants arrived in Chile “after several days without food, suffering from dehydration, hypothermia and altitude sickness”, and 21 migrants have died so far this year, including a nine-month-old baby.

After a peak in arrivals last February, the crisis has worsened since October, with hundreds of foreigners roaming various cities, forcing the Chilean government to announce the construction of several shelters to tackle the crisis.

With the aim of curbing illegal entry, Chile’s president, conservative Sebastian Pinera, enacted a new, tougher immigration law in April that requires foreigners to obtain visas in their home countries and allows for deportation.

Since then, at least five charter flights have been expelled as well as a thousand people of different nationalities.

Among the support measures UNHCR has implemented in the area are delivery of guidance to newly arrived Venezuelans, health care and food provision, emergency accommodation, funds and basic relief items, such as blankets and clothing.

Last year, the organization assisted more than 20,000 Venezuelan refugees and migrants in northern Chile, and to continue to do so in 2022, “it will require a total of $20.3 million.”

Chile has 1.4 million immigrants, which is equal to more than 7% of the population, Venezuelans are the most numerous, followed by Peruvians, Haitians and Colombians.

Since November 2021, between 400 and 500 people have crossed the border from Bolivia into Chile every day, most of them Venezuelans. For this reason, UNHCR has strengthened its operational response focused on providing them with humanitarian assistance and integrationhttps://t.co/lbwSOHSbI0

Independent journalism needs the support of its readers to keep going and make sure that uncomfortable news they don’t want you to read stays at your fingertips. Today, with your support, we will continue to work hard for censorship-free journalism!