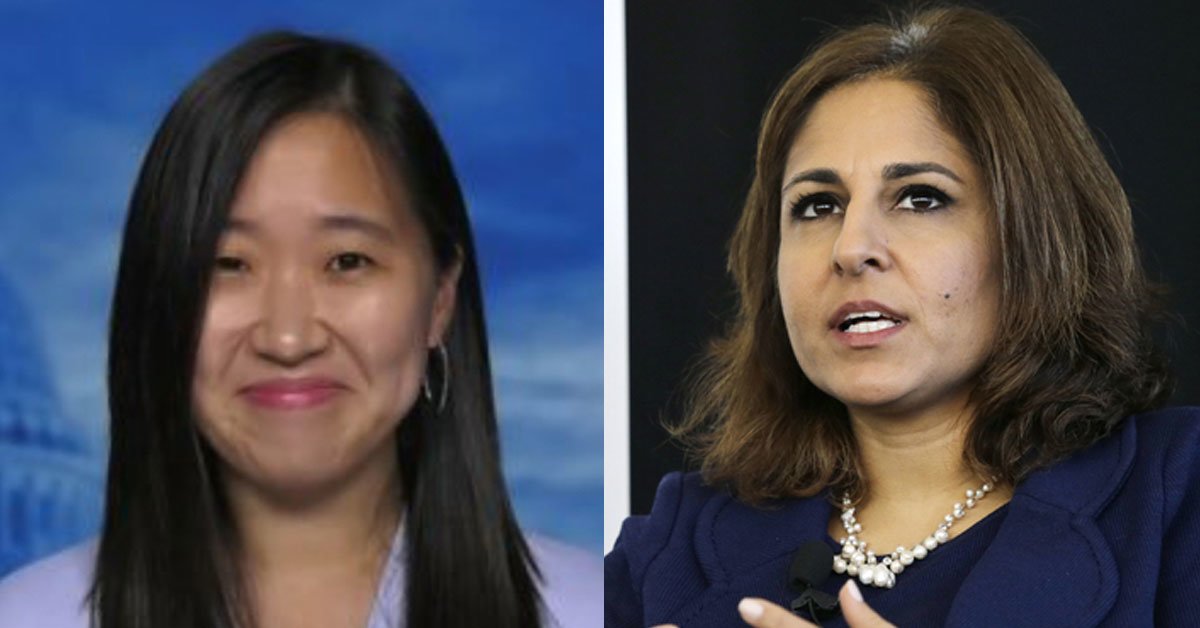 Kim Sung-min is a White House reporter for The Washington Post. This is your Twitter profile picture. [트위터]

The Korean-American journalist who is at the center of the controversy over the issue of US President Joe Biden’s first failure is a topic. Nira Tandon, who was first nominated as Director of the White House Budget Office (OMB) as a member of color, resigned on the second day (local time), and the person making the tipping point was Seung Min Kim of the Washington Post (WP) reporter. Reporter Kim is American, but he uses the Korean name for what he is. This is where the pride of being of Korean descent can be read.

On his Twitter, there is also a photo of a mother wearing a hanbok and a headscarf. Last January, when Korean Federal Congresswoman Marilyn Sonia Strickland wore a hanbok, he was one of those who first posted a photo with a tweet. In the WP reporter’s introduction section, it was mentioned that “speaking Korean as well as English”.

This is how Reporter Kim inadvertently got into the controversy. Tandon was one of the main characters the Biden administration took on, but tough conversations were the issue. In the past, he has played a “chicken fight” and left bad words and dead ends against Republican officials via the Internet, such as Twitter. Senate approval is necessary for the appointment, but Schabeh has made some Democratic lawmakers back off. The Senate appointment itself was in jeopardy, with both Democrats and Republicans holding 50 seats each. Ultimately, the White House came to vote for non-partisan Republican lawmakers, and in the process, reporter Kim Sung Min became a controversial one. 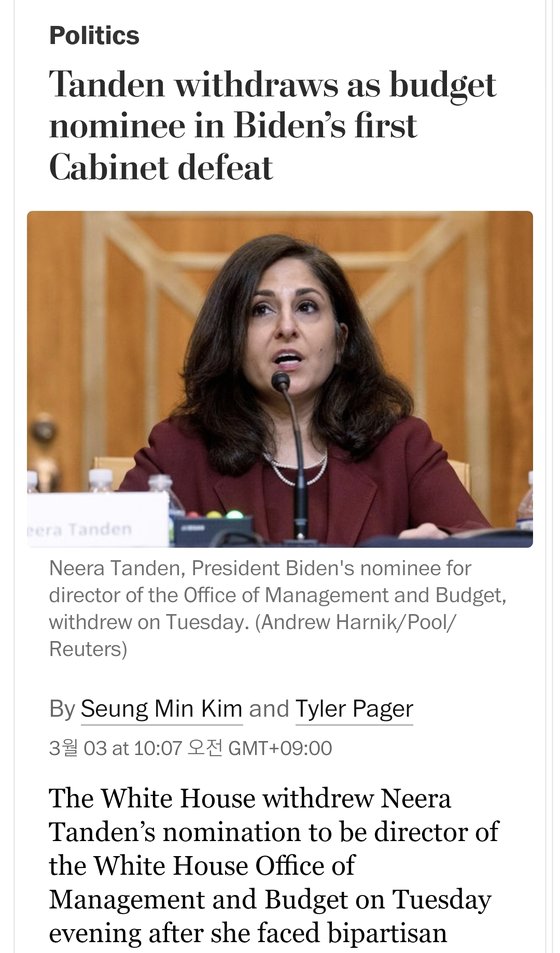 Of the non-partisan Republican lawmakers, Lisa Mercosky was the person most likely to vote for Tandon, and Tandon had once unleashed a sinister tweet against Mercosky in the past. Morkowski didn’t know that. When the reporters who covered it asked a question with the goal of “How do you view the tweet that Tandon described you as garbage,” they said, “What is it?” A reporter shared his tweet. The reporter was Kim Sung Min.

Fellow reporters snapped a photo of Lee Kim showing the concerned tweet to Congressman Mercosky, and the tweet with intent “ a scene of hard work ” sparked controversy. Since the 24th of last month (local time), enthusiastic supporters of the Tandon and Biden governments have begun pouring malicious comments and email attacks on reporter Kim. Some of the emails that reporter Kim himself posted on Twitter included vaguely offensive language and racist and sexist remarks.

Then WP started protecting the reporters. Chief reporter Kim, Editor Stephen Ginsberg, made a direct statement by his real name. If you move some of the content as it is, it will look like this.

“Racist, sexist, and fact-based false attacks on Song Min are overwhelmed. (Deleted) Minority women like Seungmin suffer such malicious attacks every day, no matter what article you write. (Deleted) What Seungmin has done is basics of journalism. As a reporter, I did the natural thing. (Deleted) No one should submit to what Seungmin suffered from. Seungmin only did what he was supposed to do, and he always did that too. 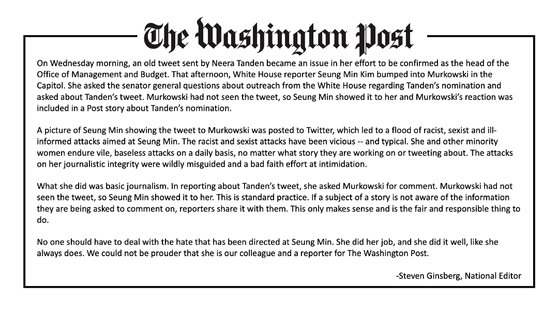 Support for reporter Kim has also appeared in The New York Times (The New York Times), WP rival. In a column written by veteran New York Times columnist Maureen Dodd, on the 27th of last month, “There were discriminatory notes on Kim’s email correspondent and social media, and Democratic supporters called senators who opposed Tandon She’s got on the walk.” Wrote. “Reporter Kim even had to hear the word ‘nitch’.” While defending reporter Kim. The primary message of the Dodd columnist, who has been openly critical of the Republican Party for decades, is that it is wrong for Democrats to believe that reporters will break the brunt of just creating the Biden regime.