Germany’s administration is fat and needs to be fixed 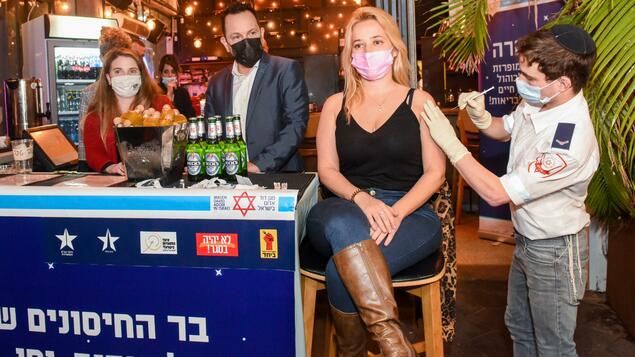 As the saying goes, necessity makes innovation. Could a lack of hardship be the reason Germany lags behind in international comparison? After all, you have to be able to handle a slump.

The difference between the well-equipped public sector and the fat sector, which – as it now appears – is unable to provide services efficiently even in times of need, and the private sector, which produces companies like Biontech, is particularly stark. The baby boomers have grown up and are now in their late 50s, knowing they live in the best functioning country in the world.

They are now astonished to see that even countries like Morocco are able to get vaccinated better. Not to mention Israel, where you are vaccinated with free beer in the bar and then get a barcode that gives you the freedom to visit restaurants and the fitness club.

Return of revoked rights – not a franchise

In this country, people are discussing the “privileges” of vaccinated people, rather than correctly saying that it is a matter of returning previously withdrawn rights, that is, returning to normal. Only those who are already accustomed to withdrawing freedoms can understand the granting of them as a privilege.

There was a time when Germany was the envy of its effective administration.

Lenin wanted to formulate socialism on the model of Deutsche Post, and German universities were the envy of the world, and Japan began its rise to an industrial superpower with a constitution based on the Prussian constitution, and even after 1989 the commercial laws of democratic Eastern European countries were reformed along the lines of German commercial law.

The country still enjoys a good reputation, and its passport is the most valuable in the world, but the reputation has been damaged.

The vaccine remains in the refrigerator

Business travelers are amazed at dead spots on important railroad tracks such as the one between Hamburg and Berlin. Countries like Romania, Poland and the Czech Republic have better internet, the Baltic republics are completely numbered.

In Mexico, you can get your new passport at the mall at one of the agency’s branches and you can take it with you instead of waiting six weeks. In Berlin, you don’t even get an appointment to apply for your passport.

The country is lagging behind when it comes to digitization in education. In 2020, Germany ranked 76th out of 78 places in the global digital teacher training comparison, after Moldova. It attracted ridicule because it couldn’t build an airport, and now the world is baffled by the excessive bureaucratic vaccination logistics, which means that vaccines stay in the fridges.

When it comes to technical innovations, Germany is well ahead of others. Where should the ideas come from in light of the faltering education system? A country cannot leave even a single talent unused – how many biotech companies have we been able to own?

The current crisis should be an occasion for deep management reform. Their structures are covered so much that it appears to be easier for officials to send an entire person into lockdown than to provide health authorities with a standardized program.