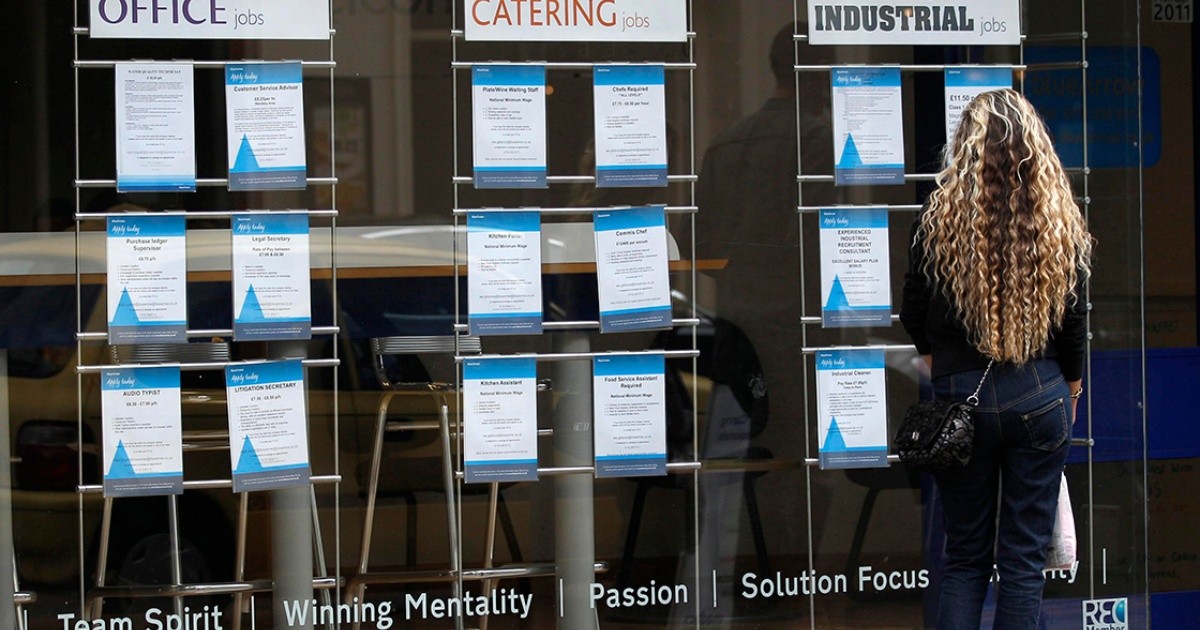 The measure of the number of people claiming unemployment benefits in the United Kingdom rose to its highest level since 1996 in April, the first full month of incarceration due to the Coronavirus, according to data released by the country’s Office for National Statistics (ONS).

This is the highest level since July 1996 when the British economy was recovering from the deep recession caused by its failed attempt to remain in the European exchange rate mechanism.

Analysts believe the increase observed in April would have been greater had it not been for the government’s emergency program to pay 80% of the salaries of the 8 million temporary leave employees who are not considered unemployed.

This mechanism was supposed to expire at the end of June, but Finance Minister Rishi Sunak last week extended it for a period of four months until October.

In this regard, Labor Secretary Therese Covey stated that “we must be prepared to increase the unemployment rate significantly.”

The UK unemployment rate remained very low during the first quarter of this year, at 3.9% at the end of that period, as the lockdown was imposed against the Coronavirus.

The Office for National Statistics announced that the number of unemployed rose by 50,000 in the first three months of the year to 1.3 million.

The British government issued a lockdown decision on March 23, so the first quarter results hardly take into account the impact of this measure that has crippled the country’s economy.

The European Trade Union Confederation (ETUC) estimates that between 15 and 20 million people have lost their jobs in Europe due to the Coronavirus crisis and indicated that another 42 million have had their working hours reduced.

“Of course, there are many differences between countries, sectors and procedures adopted in each country,” said ETUC Secretary General Luca Vicentini, noting that one of the reasons for job destruction is the lack of reduced working hours.

US Treasury Secretary Stephen Mnuchin told senators that he continues to expect large jobless numbers and other negative economic data during the second quarter, but that the situation should improve upon resumption of activity.

“We expect economic conditions to improve in the third and fourth quarters,” he said.