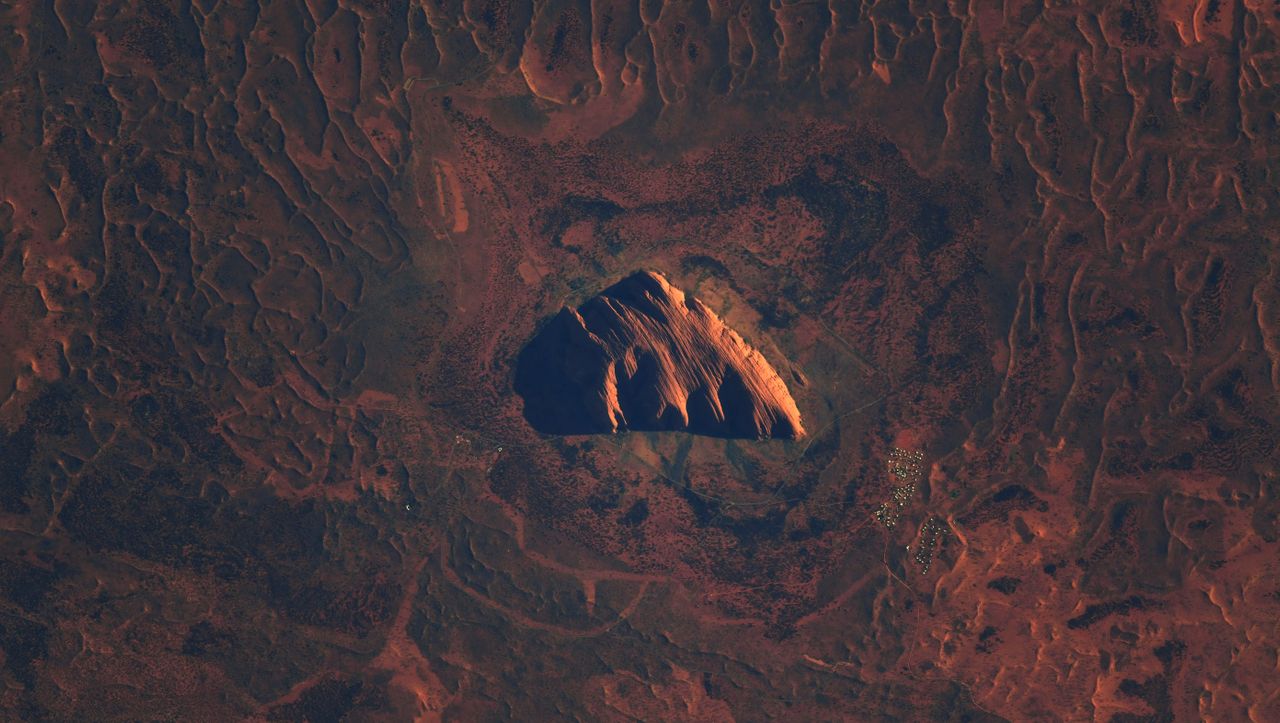 You have to look several times. Because what you have in front of your eyes you don’t really understand. French astronaut Thomas Pesquet recently sent back to Earth an image from the International Space Station that could infuriate the viewer: Is there a rock likely to be flying? And what can be seen in the background? The surface of a distant planet, perhaps Mars?

No, Pesquet took a picture of the Earth. And the thing that appears to float above the surface is closely related to it. There was a time when the structure in the photo was called Ayers Rock. Meanwhile, the rock formation in the Central Australian desert is once again known by its traditional name Uluru. The local indigenous people, called Anangu, who have lived here for thousands of years, consider the hill a sacred mountain. That is why climbing has not been allowed for tourists since about two years ago. In this way, the traditional rock carvings can also be better protected.

Anangu actually wants not to photograph certain parts of the mountain. The view from the northeast is particularly affected. “In light of the great cultural significance of the northeastern face, Anangu asks photographers to only take long shots from a distance and avoid showing any details on the upper left side of the rock,” she says. on a website National park. The image of astronaut Pesquet was taken from a distance of 400 kilometers.

The massif consists of a rock that resembles sandstone. It juts out about 350 meters of arid landscape in the area and is perhaps the most famous landmark in Australia. Its characteristic color is due to the weathering of the rocks, during which the iron compounds attached to the interior are oxidized. The gradient can change drastically depending on the position of the sun and the weather.

The rock is known to Writes Pesquet, “It changes its color, and from space I agree that sunrise or sunset changes its tone and that it shines in a different light.”

Interestingly, the massif is like an iceberg: the bulk of it cannot be seen. Below the surface, Uluru is said to continue to a depth of six kilometers. But such a thing, of course, is not recognizable to tourists on the site, nor to an observer from space.

Ayers Rock has been the name of the massif since it was discovered by British-born naturalist William Goss, who was traveling with three other whites, three Afghans and an Aboriginal. The mountain was named after the then Prime Minister of South Australia, Henry Ayers. But that time is now over, and at best both terms, colonial name and traditional name, are used at the same time.

But there is something else. Australia and rock – was there nothing? Oh yeah exactly. AC / DC.

By the way, astronaut Pesquet is an absolute fan of music. he have playlists his space missions Even publicly available. Angus Young and the like would fit in at least well, and in addition to the more modern tracks, there are also Guns N’Roses, Queen or Creedence Clearwater Revival works.