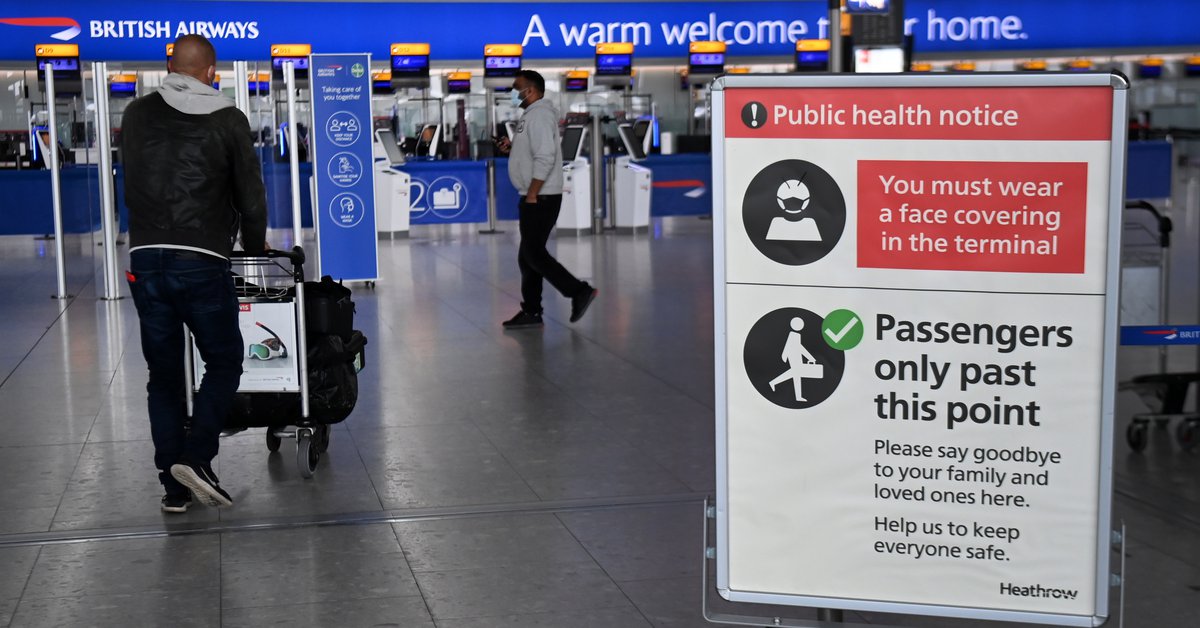 London, June 24 (EFE). – The UK plans to announce on Thursday the revised list based on the overseas travel recommendation, amid requests from the government’s tourism sector to expand the number of COVID-19-safe countries.
The UK executive applies a “traffic light” system – green, amber and red – to classify each country according to its level of infection and vaccination against the coronavirus.
In the “green” (low risk) zone there are a few countries, including Israel and Iceland, while in the “amber” the European Union (EU) countries, while in the “red” are the destinations with a high prevalence of the virus, such as India or countries in South america.
Travelers traveling to ‘green’ countries do not have to do a ten-day quarantine on their return to the UK, but do so in the case of destinations in ‘amber’, while those returning from a ‘red’ zone are required to Isolation in a government-appointed hotel.
Furthermore, passengers are forced to submit a negative PCR test for coronavirus before traveling to the UK, but also once they reach the country.
The revised list is expected to be published by the authorities this afternoon, amid speculation in the British press that the Balearic Islands and Malta will move from “amber” to “green”.
Tour operators are asking the government to reduce restrictions on international travel and to cancel quarantines in the case of areas in the “Amber”.
Executive Boris Johnson insists that any modification of procedures will be determined by science because the goal is to avoid the introduction of new variants that may be resistant to vaccines.
Despite the progress of the immunization programme, infections are increasing rapidly in the UK due to the prevalence of the delta variant, which was first discovered in India.