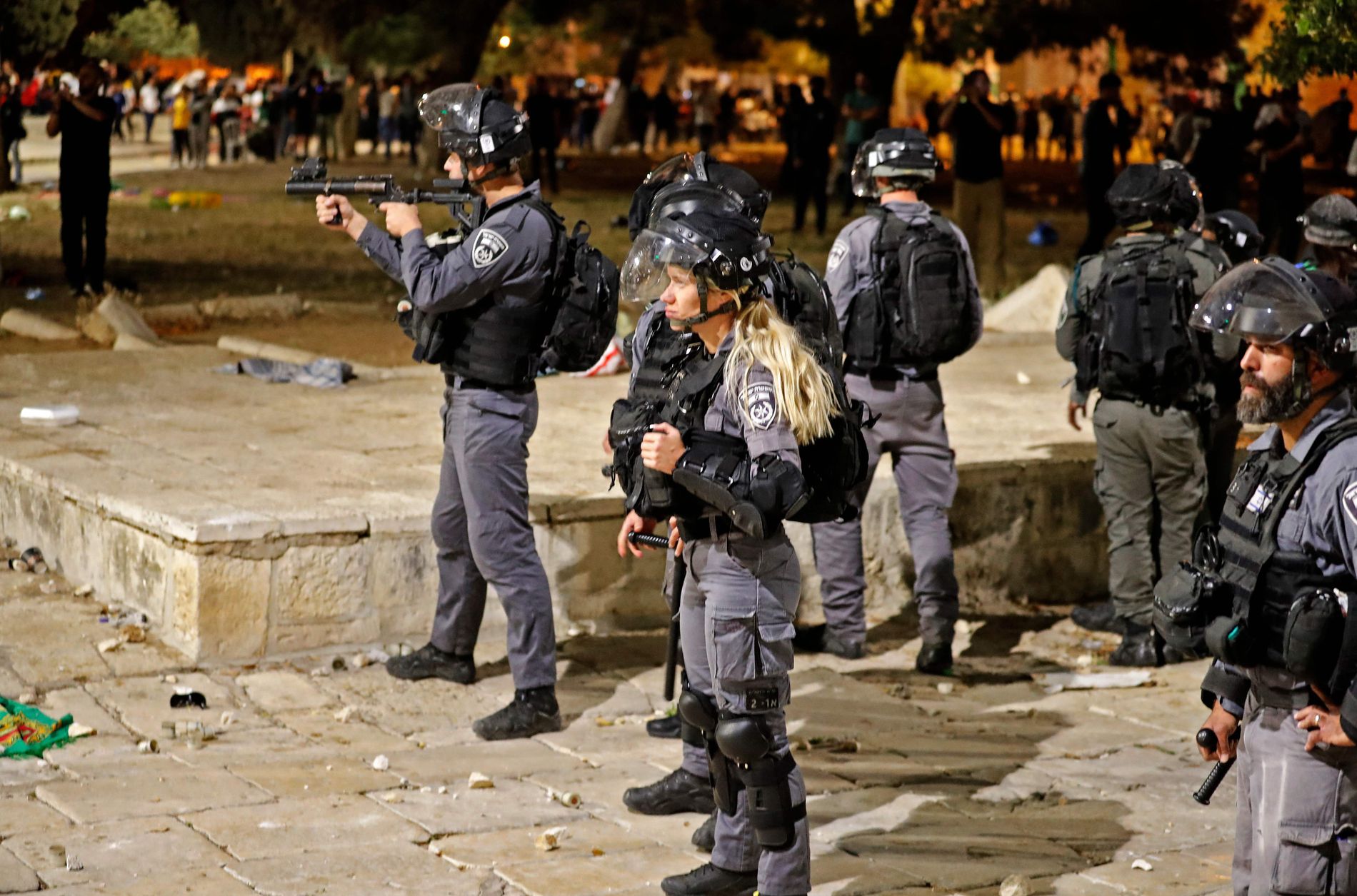 The Israeli rebel policemen were met by stones thrown and returned with rubber bullets while they were barking with Palestinians gathered at Al-Aqsa Mosque.

Fighting broke out in several places in East Jerusalem after Friday prayers, and according to the Palestine Red Crescent, at least 177 Palestinians were injured, in addition to six Israeli police officers.

Police “rubber bullets”, in fact steel bullets with a thin layer of rubber, did the most damage. A number of Palestinians were wounded by bullets in the head. Others were hit in the eyes by parts of the stun grenades.

According to the Palestinian Red Crescent, at least 88 people were taken to the hospital. Al Jazeera writes.

to me Israeli newspaper Haaretz The clashes erupted because a large police force gathered in the mosque, where thousands gathered to perform Friday prayers in Ramadan.

Deprivation of the land

After the prayers, demonstrations took place in support of him Deprivation of the Palestinians from their homes in East Jerusalem. When some protesters raised stones against the police, they moved in with all the riot control equipment.

When the police advanced, television pictures from the scene showed that the demonstrators threw chairs, shoes and rocks at the police, who fired rubber bullets.

New clashes in Jerusalem: This is ruining our lives

An AFP journalist can immediately report smoke billowing from the area where the mosque is located.

Attacks on a border point

Earlier Friday, two Palestinians were killed and another wounded in an attack on an Israeli border post near Jenin in the occupied West Bank.

Tensions in Jerusalem are also high due to the possible expulsion of many Palestinians from East Jerusalem.

Friday night, the United States went out and called for the situation in Jerusalem to be calmed down.

“We are deeply concerned about the escalating tensions in Jerusalem,” said State Department spokeswoman Galina Porter.