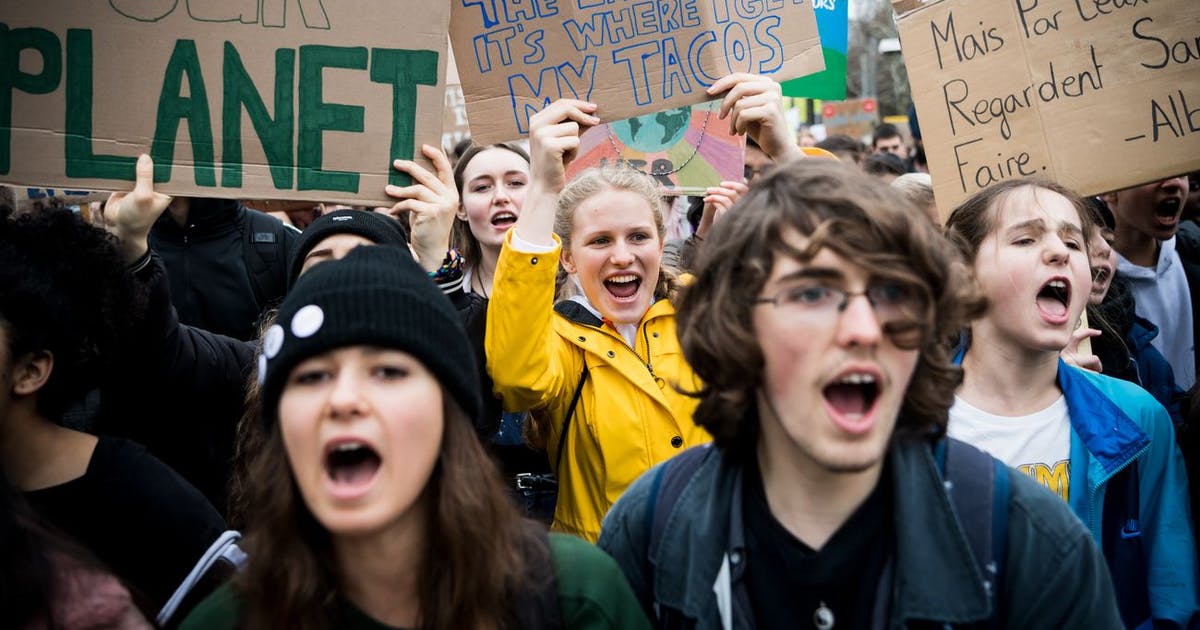 Effective measures are due to be taken at the United Nations climate summit in November. However, it is clear up front how many countries wanted to hide the climate report – including Switzerland.

Switzerland wants to spend less money on supporting other countries to protect the climate. This is clear from the documents that BBC Posted on Thursday.

This information will not be released until a few days before countries adopt binding climate protection measures at the United Nations climate conference in November.

Countries were invited to comment on a UN report. In it, scientists have collected the most appropriate methods according to the current state of knowledge on how to combat climate change. The study authors received a total of 32,000 submissions from UN member states, companies and other interested parties.

One of the most important topics to cover is cash injection. With these, the richer nations are supposed to help the poorer nations deal with the climate crisis. The BBC wrote: “A large number of Swiss comments on the report have been directed to the part dealing with the need for financial support.” As early as 2009, at the climate conference in Copenhagen, it was agreed that a total of $100 billion in support money should flow by 2020. This goal has yet to be achieved.

Switzerland notes that not all climate targets for developing countries are linked to financial support. “Although climate finance is an important tool for increasing climate ambitions, it is not the only relevant tool,” the Federal Office for the Environment (Paavo) told the BBC. Moreover: “Switzerland believes that all parties to the Paris Agreement that are able to do so should support those who need such support.”

In Bafu, when asked by Blue News, it is part of the normal procedure for these mentioned reports to be vetted by countries and they can then provide feedback. “The procedure – which is multi-stage – is transparent and all comments are made public,” says spokesman Robin Paul. Furthermore, the country comments aim to better familiarize themselves with the fundamentals of the Expert Report.

Recently, Switzerland was still generous. Climate Ambassador Franz Perez, who will lead the Swiss delegation to the World Climate Conference in Glasgow, announced that the financial assistance will be increased to 425 million Swiss francs. “Our credibility in negotiations also depends on our creativity and perseverance.”

The climate strike is not surprising

For Jonas Campos of Swiss Climate Strike, this report came as no surprise. But we are very pleased that the report was leaked a few weeks ago, before comments from governments were taken into account. That’s how we see how much pressure is on the flag.”

On the principle of publicity, Kampus received comments in advance from Bafu. Without the main report it would have been difficult to put this in context. One thing is certain for him: “In international climate negotiations, Switzerland continues to put pressure on the brakes.”

National Chancellor Mariona Schlatter (Greenz/ZH) is also not surprised that Switzerland wants to spend less money on the climate crisis in developing countries. “Rich Western countries have an obligation: because they are primarily responsible for global warming, because so much of their prosperity has also been based on fossil fuels, and because they have other financial means to deal with it,” she says.

There will be protests to demand more climate protection on Friday in Basel, Bellinzona, Bern, Biel, Geneva, Bern and Neuchâtel. Then it becomes international again Climate strike day.

It is not only Switzerland that is under criticism

The leaked documents also shed a bad light on other countries. “They show that countries like Saudi Arabia, Japan and Australia are asking the United Nations to downplay the importance of moving away from fossil fuels,” the BBC said.

On the other hand, some formulas such as “urgent climate protection measures” are requested to be deleted, but it is also indicated that the closure of coal-fired power plants should be dispensed with at the end of the report.

Brazil and Argentina, two of the largest producers of meat products, suspect that a low-meat diet will generate fewer greenhouse gases.

On the other hand, most Eastern European countries would like nuclear power to be in a better position to report. Even India is suspected of distorting scientific findings against nuclear power, which is very poorly presented.

Swedish climate activist Greta Thunberg appears to have read the BBC’s revelations. It was quoted on Twitter, a paragraph saying that Saudi Arabia, Japan and Australia exerted the most pressure to downplay the importance of moving away from fossil fuels.

“The leak reveals that Saudi Arabia, Japan and Australia are among the countries asking the United Nations to downplay the need to move quickly away from fossil fuels.”https://t.co/C3Uvnf649M

They settled with climate policy in Bern – but how do young Swiss politicians feel about protecting the environment themselves? The answers are in the video.