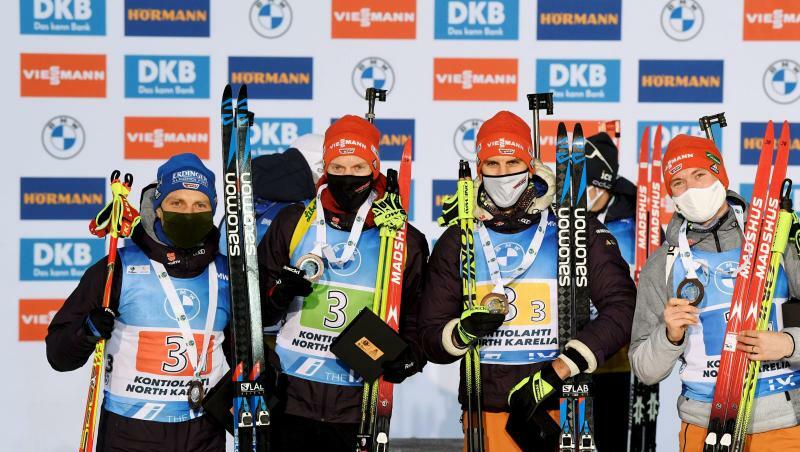 The quartet, which includes the squad of Eric Lesser, Roman Reese, Arend Beaver and Benedict Dole, had to concede defeat by the Norwegians and the Swedes after a total of nine reserve games. At the finish line, the DSV contestants, who had already won the World Cup silver medal in this squad in 2019, missed their first World Cup victory in nearly four years after 4×7.5km, 51.7 seconds. This was achieved as recently as January 2017 in Antholz.

“The podium is always very competitive, so we can be happy with that third place,” said Beaver. “The Swedes really annoy us,” Dole added. “I would have liked to see them behind us. But this is what they deserve.”

Lesser barely survived a penalty kick in standing by three additional rounds, but on par with Norway and Belarus at Reims. The second German sprinter took the lead after his steady shot even after two fouls and sent Olympic champion Beaver into second place. The 33-year-old defended this spot with a solid performance behind the top Norwegians once again. At the end of the day, Dole had to let Swedish Sebastian Samuelson pass.

The German men were strong in the first two weeks of winter and had risen to the podium three times in five races in Finland. The World Cup matches continue on Friday in Hochfilzen. There will also be two consecutive weeks of competition in Austria.