There is hardly any diversity in climatology 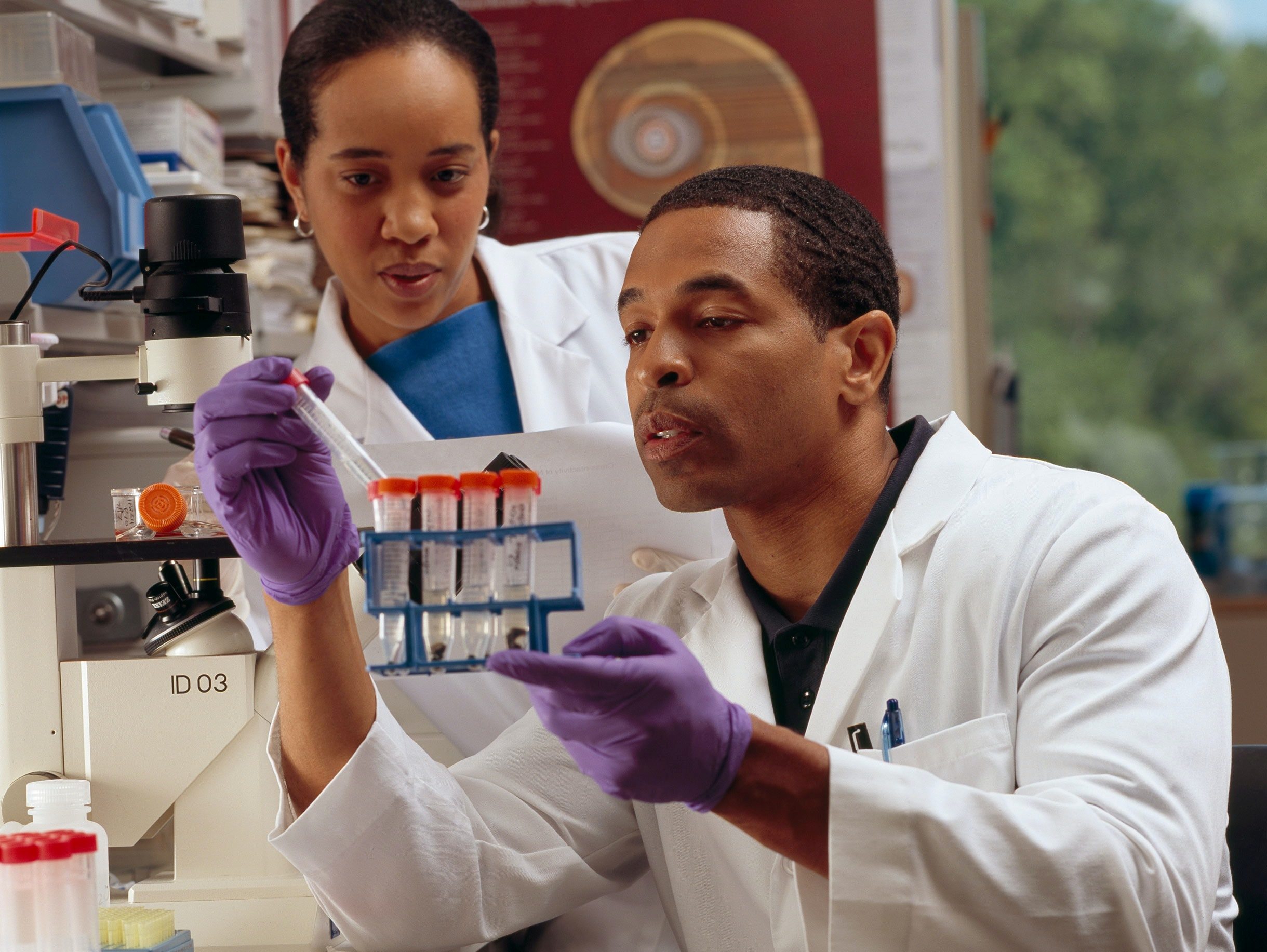 In April 2020, Reuters ranked 1,000 climate researchers the “most influential” in the world onReuters Hot List». The number of her publications, her media and public presence, and the number of times her work was cited by other researchers served as a barometer.

These criteria more or less reflect the criteria used in the academic world to assess researcher impact. If you want to be heard, you have to publish, preferably in a famous magazine. Those who are quoted more often have a better chance of more posts. In science, this association is known as “publish or perish”: if you do not publish, you will perish.

But not everyone hears the same. Reuters’ list of climate researchers includes only 122 and only five from African countries – a staggering lack of diversity.

The climate crisis affects the entire population of the world, but climate science is done from the perspective of the global northwest. He writes that they are almost exclusively male and white “Carbon Brief”, which examined in detail the 100 most cited articles on climate science in the past five years and interviewed several researchers. The analysis includes more than 1,300 authors.

Three-quarters of the publications examined came from European or North American institutions. Nine out of ten publishers were affiliated with institutions in North America, Europe, and Oceania. In contrast, the entire African continent, in which about 16 percent of the world’s population lives, accounts for less than one percent of the authors.

Few countries in the south contribute to climatology

Of the more than 50 African countries, only ten researchers participated in the publications, eight of whom were from South Africa. Half of the researchers are from the Global South, and therefore six percent of the people analyzed, come from China.

Two-thirds of European countries appear in the analysis. Great Britain has the largest proportion of climate researchers in Europe. Germany and the Netherlands are well represented. Nine out of ten articles published, often with multiple authors, had at least one author from the United States, Australia, and the United Kingdom. The USA made up half of the participating publishers.

If you analyze only the lead author, the Global South practically no longer exists. Not a single publication has been produced primarily by a researcher from Africa and South America. Seven publications have a lead author from Asia, five of them from China. You can almost do without the gender-neutral form of “researcher”. Only 12 of the 100 papers examined had a lead author, and only 22% was a woman.

In short: Climatology is Western, masculine and white. None of the researchers surveyed by the Carbon Brief were surprised by this. Above all, the countries of the Global South suffer the most from the climate crisis and urgently need solutions. The view cast upon them from the rich north is inevitably restricted. The problem is well known from other branches of science.

There is not just a shortage of brilliant minds who can advance climatology because they are of the wrong gender or the wrong place to live. Above all, there is a lack of other perspectives, approaches, and approaches. The search environment as diverse as possible provides better results than many studies Suggest.

According to the Carbon Brief assessment and several researchers interviewed, this astonishing concentration has several reasons. The most important thing is money. While the United States accounts for 2.5 percent of GDP in science and research, not a single country in Sub-Saharan Africa invests more than one percent.

One Norwegian Study It found that 78 percent of climate research in African countries is funded by Europe or North America. With funding short on fixed-term contracts, researchers in the Global South can live even less than those in the North. Many devote a significant part of their time to teaching, and some receive additional income, for example in consulting, which limits the time for research activities. Young scientists say more dependent on scholarships and grants Dolor Armineras, Professor of Natural Ecology at the National University of Columbia. Access to literature, which is often associated with expensive subscriptions, is more difficult in poor countries.

…and a bit of arrogance

Where the money rarely goes, there is also less efficient technology. As a result, some kind of expectation of service often arises in scientific cooperation. «Because the staff [im globalen Süden] Not very expensive, the data is collected there. Then scientists from rich countries evaluate the numbers.” Lisa Schipper from Oxford University.

Researchers undertaking a research assignment abroad often take their team with them. For locals, this limits the options even more. Or they become purely organized working for the guests from the North. A phenomenon known as “helicopterology”.

A kind of scientific apartheid

Who pays also usually determines which direction the research takes. Armeneras thinks this is a “really dangerous asymmetry”. Scientists from poor countries gave their data without being mentioned in any publication. If so, they will never be able to do their job alone or in a leadership role.

Then lower output is associated with poor quality. Western-dominated funding creates a kind of scientific apartheid. Colleagues from the North often think, because it’s more difficult in Colombia, “Your presence They should do the science for us, says Armeneras. He says, “It’s not fair.” Fernanda Adamwho has spent most of her career doing research in Mexico and now works in Australia.

This, in turn, closes the cycle of publication, citation and citation. Those who do not publish will not be cited. Bright minds migrate to rich countries. Even if they only got supporting roles in Europe or the US.

The focus is often on language and style

Another reason is language. Even if you can easily take on English as a second language, you will usually still find it difficult to write a scholarly publication that meets the requirements of leading journals. They prefer authors from well-known universities in English-speaking countries. Good universities in the North often also train their staff how to write a publication, which institutions in the Global South can only dream of.

I think it is very difficult for a writer from a small developing country to publish in these journals. I know mid-career professors who don’t know where to start and how to publish. An editor in Climate and Development confirmed to Carbon Brief that it’s not that they are less efficient.

Climate researchers from the global south are twice as unlucky

When it comes to gender representation, climatology is anything but recent. As mentioned above, only 22 percent of researchers who have worked on research work in climatology are women. The lead author was responsible for only twelve of the hundred publications.

This is partly because most research in climate science is based on the natural sciences, which is where most of the funding goes. Less than 50 percent of women look there anyway.

See also  There is no room for visions - Lamberthem

Women not only find their way into the academic world more often, but they are also more likely to leave it again. A phenomenon known as the “leaky pipeline” and for many systemic reasons such as cultural claims, prejudices such as “women are not analytical”, gender discrimination, and lack of money or family responsibility.

Akademia is also responsible for the inequality

Schipper attributes the high volatility to the strict requirements in academic processes. “It is clear that women, and often anyone else who is not white, straight men, because of the many barriers in the system—and a lack of flexibility being one of the greatest—have a tendency to ‘fall.’ In other words: the rules in academia are made too much,” she says. For white men and Western men.In the often intense competition of the flag, these have a lot of advantages.

There is vast Literature that exposes misconceptions about women in science. The scientists themselves don’t seem to care much. One opinion poll Among the more than 100 authors of the IPCC reports, 41 percent of women identified gender as an obstacle to a career. 43 percent say that women climate researchers are underrepresented in the climate community.

In this way, science not only lost smart researchers, but also lost valuable data Come and have a lookWho does research in Mexico and graduated from the United States and is from Tanzania.

studies It is reported that colder countries dominate the vision and action of the climate crisis. Researchers surveyed by the Carbon Brief agree that the focus of climate science on male Western researchers does not have any good global consequences. Not just because marginalized groups are at risk of being forgotten.

“Leading theories and ideas, adaptive modes of action” and thus also political action are limited to the viewpoint of a few countries, he says for example Martin DemeterWhich is being researched at Budapest University. Lisa Schipper and other researchers the demandThat there is no longer any unequal competition in climatology. Many invite to the academic world too colonial.

Related interests of the author