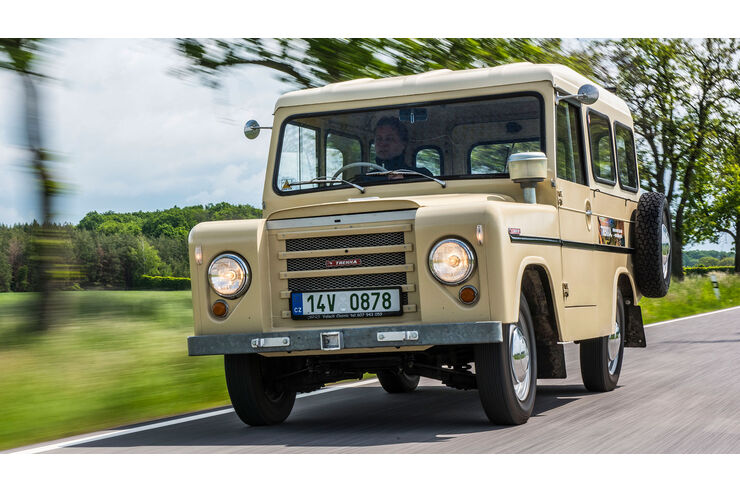 Trekka is a variant of New Zealand Land Rover with Skoda Octavia technology built in the 1960s. Instead of all-wheel drive, a differential lock helps you go further.

The Trekka, which may have to be explained, is the name of an off-road vehicle that the general importer of Skoda Motor Industries International from New Zealand built out of an Octavia chassis. The New Zealand Off-Road Vehicle with Mladá Boleslav technology was built to order between 1966 and 1972. It costs NZ$899.

A total of 3,000 Trekka were built in Otahuhu near the city of Auckland. Besides New Zealand, he has found buyers in the Fiji Islands, Australia and other countries in Oceania. One copy in the Skoda range today.

The front part is reminiscent of a Land Rover, but under the angular sheet metal is a Skoda.

Note: Although the Trekka looks like an off-road vehicle, with its angular front fenders and fuzzy radiator grille, it looks a bit like a Land Rover Series II, but it doesn’t have all-wheel drive. Only the differential lock improves traction in the rear wheels. The developers shortened the wheelbase and central tubular frame of the Octavia Super. The body is 3.55 meters long, which is five centimeters shorter than the VW Up and four centimeters narrower at 1.60 meters. In contrast, the Trika clearly stands above the small car with a height of 2.04 metres.

As in the Octavia, a longitudinally installed, water-cooled four-cylinder operates under the front bonnet. It gets 47 stout horses from a displacement of 1.2 liters. The translation was shortened to get the empty load weighing about 1.5 tons. The maximum speed was reached at about 110 km / h. Incidentally, the chassis with independent wheel suspension on the front and rear axles also comes from Ocatvia

With an engine and chassis from a 1960s Skoda Octavia, Skoda’s eighth production model, Trekka carries urban car technology under rustic sheet metal — reminiscent of the Land Rover Defender from a distance.