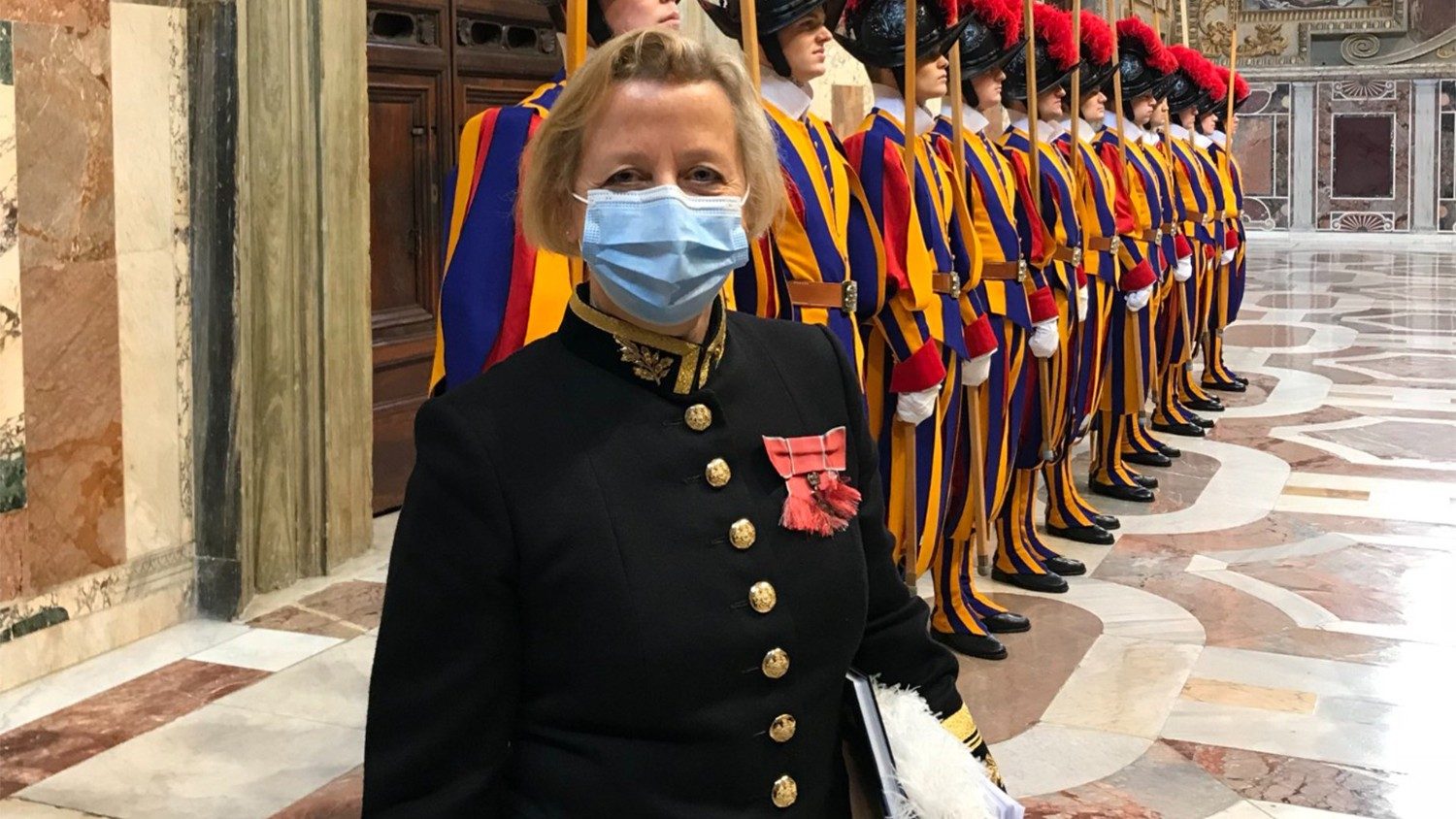 The Holy See, Italy and the United Kingdom are jointly hosting a pre-COP26 event to highlight the contribution of faith and religion in the fight against climate change, which Pope Francis will likely attend. The British Ambassador to the Holy See suggests an “environmental theology” that theologians should promote.

The Holy See Press Office held a press conference Thursday to present Faith and Science: Towards the COP26 Conference, which will take place on October 4. The event, organized by the embassies of the UK and Italy in the Holy See, will feature a number of religious leaders and scholars speaking about climate change and the need for a coordinated effort to protect creativity.

Pope Francis is likely to attend the October 4th event, said Archbishop Paul Richard Gallagher, head of state relations with the Vatican. Depicting the Holy See’s role in preparing for the meeting, the archbishop said the Pope is so committed to climate change that it would surprise him, Gallagher, “very often if the Holy Father did not attend.” The Holy See may be formal. Pope Francis’ participation is confirmed at a later date.

The role of faith in climate solutions

Archbishop Gallagher also noted that climate change is a formidable challenge and that faith must play a role in solving it.

“You have to rely on all the resources if we are to meet these challenges,” he said. “And this is certainly faith. It is religion and the spiritual dimension of humanity. If we ignore that and think that the only solution is good politics or good science, we will find that we will not succeed.”

The archbishop added that the sense of urgency to confront climate change has grown. The pandemic has shown how various economic, social and food crises affect all people on the planet.

“As the Pope has said, everything is interconnected, so these challenges must be addressed collectively, an aspect to which the clergy can contribute in a unique way,” said Archbishop Gallagher.

He noted that religion is “a kind of integrated view of life, the world and everything in it. Religion includes all subjects that affect our human existence.”

Sally Axworthy is the British Ambassador to the Holy See. She set the UK’s goals for the COP26 conference, to be held in the Scottish city of Glasgow from 1-12 November, and its hopes for the Faith and Science event in advance. In a conversation with us, she says:

“The UK government hopes that COP26 will bring all nations together to tackle the problem of climate change, which disproportionately affects least developed countries and indigenous peoples, making it an ethical issue.”

Ambassador Axworthy described the overarching goal of the climate conference to get governments back on track to limit warming to 1.5°C above pre-industrial levels.

Against this background, the British and Italian embassies to the Holy See decided to organize the Faith and Science initiative to join forces with religious leaders. In the lead-up to the event on October 4, there will be six virtual meetings where various religious leaders present their thoughts and hopes on the topic of the environment and report on the measures they have taken so far to help reduce emissions.

Ambassador Axworthy quotes a religious leader as saying that the role of religion is to convey an “enlightened passion,” in which researchers provide data and religious leaders provide inspiration for climate action. This is why it is necessary to promote “environmental theology,” explains the ambassador.

The Italian ambassador to the Holy See, Pietro Sebastiani, spoke about his government’s efforts to prepare for COP26. He also noted how climate change has exacerbated conflicts, including in the Sahel region of Africa. The Italian government will host a pre-COP event in Milan this fall to allow ministers to discuss issues in an informal setting before the main COP26 event takes place in Glasgow.

Another initiative, to be held in Milan from 28-30 September, aims to involve around 400 young people from around the world in preparing a better future for the planet. Finally, Ambassador Sebastani said the efficacy of Faith and Science will give religious leaders an opportunity to show how religion encourages believers to do their part in caring for our common home.