The United States is returning to the United Nations Human Rights Council, amid criticism and praise 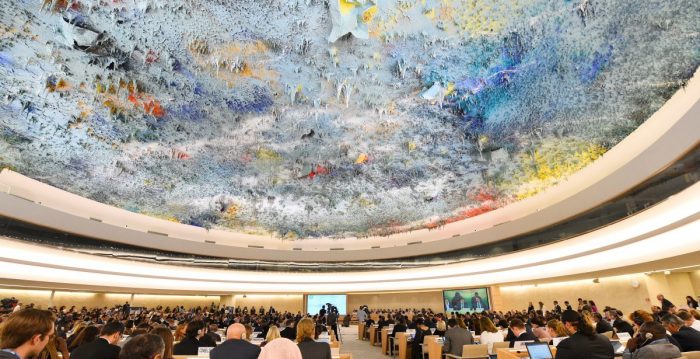 The US Congress responded in conflicting ways to the Biden government’s recent decision: to return the United States to the United Nations Human Rights Council.

Countries gave up their seat on the council in June 2018, under the Trump administration, stating that some of the worst human rights violators – China, Cuba, and Venezuela – were members of the council.

On February 8, however, new US Secretary of State Anthony Blinken criticized the 2018 decision, noting in a press release that the withdrawal “did nothing to encourage major change, but it created a vacuum in US leadership.”

While Blinken acknowledged that the council was an “imperfect body” and in need of reform, he said that President Joe Biden had instructed the State Department to “immediately and actively engage with the United Nations Human Rights Council” as an observer.

In the council, the observer can make suggestions to solve the problem but has no voting rights.

Senator Marco Rubio (R from Florida), a member of the Senate Foreign Relations Committee and the Congressional Executive Committee on China (CECC), criticized Biden, saying he “should not give an iota of credibility” to the council since “it has become a meeting place. It has authoritarian regimes and receives international coverage to continue committing their horrific violations. “

Rubio also highlighted the massive human rights violations occurring under the jurisdiction of four current council members: China, Cuba, Russia and Venezuela. The most spectacular case is the case of China, in which the Chinese Communist Party (CCP) in the western region of Xinjiang alone has imprisoned more than a million members of ethnic minorities, such as Uyghurs, Kazakhs, and Kyrgyzs, in concentration camps.

In January, then US Secretary of State Mike Pompeo described the Chinese Communist Party’s persecution of these minorities as genocide and a “crime against humanity”.

Rubio then suggested that the Biden administration turn its attention to “working with democratic allies to push these brutal regimes to accountability and justice and to strengthen the protection of human rights everywhere.”

The most prominent Republican on the House Foreign Affairs Committee, Michael McCall, did not ask Biden to withdraw from the UN, but said: “I urge POTUSJoeBiden & SecBlinken to take into account the atrocities committed by the United Nations.” Members of the United Nations Human Rights Council [Consiglio per i diritti umani dell’Onu, ndt] While the government joins it. Our engagement should focus on implementing meaningful reforms in the UN Human Rights Council, including ending apparent bias against Israel, and ensuring that the commission investigates the genocide in # Xinjiang without delay. “

Instead, UN Secretary-General António Guterres welcomed the US decision – according to a statement from his spokesman – to define the council as “the primary global forum for addressing the full range of human rights challenges.”

Several Democratic lawmakers also tweeted to express their support for the Biden administration, including Representative Barbara Lee (Democrat from California), that this move “strengthens the oppressed and restores America’s credibility in the world.”

On the other hand, Rep. Chip Roy (Republican from Texas) and 44 Republican members of the House of Representatives, last week, sent a letter to Biden, asking the president not to join a council that had not taken any resolution condemning countries such as China, Russia, Cuba and Pakistan between 2006. And 2019.

I joined House Republicans last week in urging President Biden not to join the House @a Human Rights Council.

The United States should not be party to a body that systematically protects the world’s worst systems from accountability: pic.twitter.com/3OEJxUefWv

Meanwhile, anonymous US officials said the announcement News agency That the United States will seek one of three permanent seats in the Western Europe and Others group – currently chaired by Austria, Denmark and Italy, through the end of 2021 – in the upcoming elections this year. The winning countries will have a three-year mandate on the board.

In fact, the Human Rights Council is divided into five regional groups, and China currently holds a seat in the Asia-Pacific group of nations, which will last until 2023 after winning the seat in October elections last year. China previously held a seat on the council from 2017-2019.

Former US Ambassador to the United Nations Nikki Haley, who urged Biden in January not to join the council, expressed on Twitter his disappointment with the decision to re-engage: “It is sad to see the Biden administration legitimizing an organization that has become a farce of rights advocates. People all over the world. “

Hillel Noir, executive director of UN Watch, called on the Biden administration to avoid repeating the actions of the Obama administration, which he said had acted “like an encouraging leader of the council.” Biden called for demanding serious reforms, such as “removing tyrants from the council, such as the Maduro regime in Venezuela.” […] The United States should avoid legalizing a council in which despots and other non-democratic regimes currently make up 60% of its members.

Finally, Neuer concluded, “The Biden administration must be forthright in condemning the council’s abuses, and pressuring them continuously.”

The article is in English: Biden’s decision to re-engage the United Nations Human Rights Council was met with praise and criticism