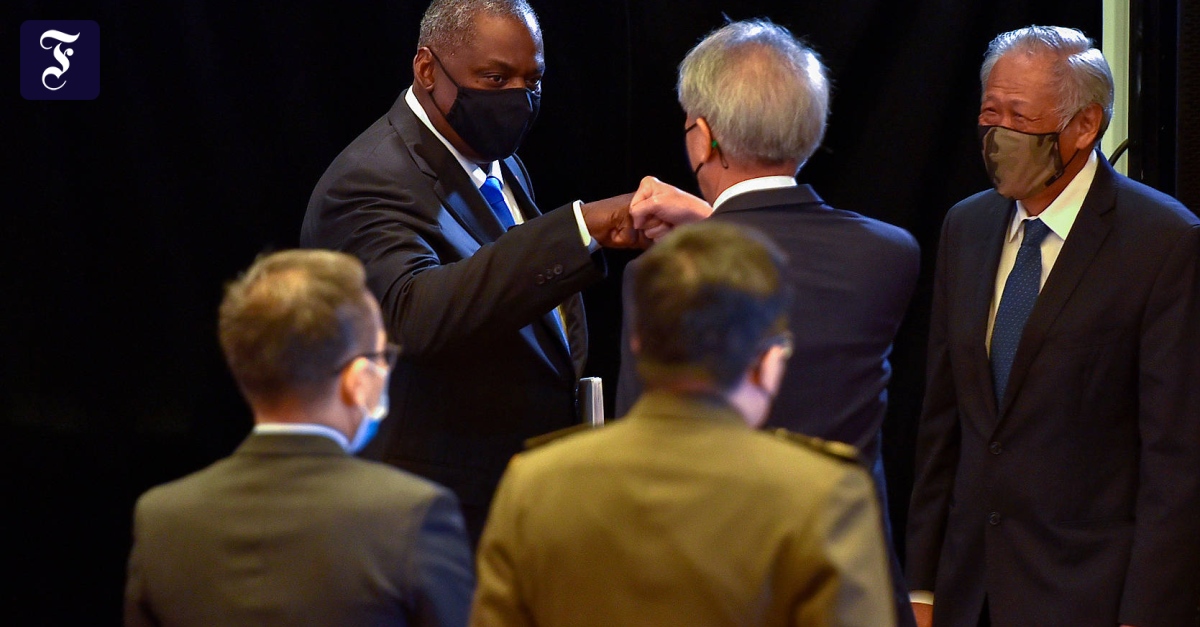 FifthAgainst the background of rising tensions with China, the United States wants to strengthen its partnerships in the Indo-Pacific region. US Defense Secretary Lloyd Austin described the network of US alliances and friendships in the region in Singapore on Tuesday as a “unique strategic asset.”

In his statement, he also made a contrast with China, which is at a standstill with many neighboring countries over land and maritime areas. Regarding China, the minister was resolute but willing to cooperate. We will not hesitate when our interests are threatened. “Still, we’re not aiming for confrontation,” Austin said. He called for a “constructive and stable relationship” with Beijing. Deterrence remains the cornerstone of US security policy.

Austin, the first minister from Joe Biden’s cabinet to visit Southeast Asia, clearly described Chinese claims in the South China Sea as “inconsistent with international law.” Beijing has previously accused the United States of the “dangerous policy” pursued by Deputy Foreign Minister Wendy Sherman against China during her visit to China. Sherman was the highest-ranking US government official to visit China since President Biden took office.

So Lloyd Austin’s trip should be understood as part of a diplomatic offensive from Washington in Asia. US Secretary of State Anthony Blinken is also expected to make his inaugural visit to New Delhi on Wednesday. The United States considers India an important partner for cooperation in competition with China.

In Singapore, the Minister of Defense addressed not only the conflict in the South China Sea, but also the border dispute between China and India in the Himalayas. The defense minister is traveling from Singapore to Vietnam and the Philippines, the two Southeast Asian countries hardest hit by China’s advances in the South China Sea. In Singapore, he also spoke of the growing commitment of other partners who do not come directly from the same region. He referred to the British aircraft carrier HMS Queen Elizabeth, which is currently in the South China Sea as part of a multinational fleet.

For the first time, the German Navy will also send a frigate to the region in August. In Manila, Austin will also try to salvage an important military agreement on sending American troops. Philippine President Rodrigo Duterte had suspended the agreement, but initially did not implement the suspension itself.

In Asia, Austen’s speech was followed with great interest. The area has so far been neglected by the Biden government. Last but not least, the pandemic has made diplomatic visits difficult. China has been more present in recent months and has expanded its influence in the region through “vaccination diplomacy”. America is also trying to catch up in this area. Austin repeated Biden’s announcement that he would provide 500 million doses of vaccine worldwide free of charge and without any conditions. The Indo-Pacific region is a “top priority”.

In addition, Austin assured Southeast Asia that new forums such as the Quartet, to which Australia, India and Japan belong as well as the USA, only complement, not replace, the proven partnership with the ASEAN Federation. He also said Southeast Asian countries do not have to choose between the United States and China. America will never ask for that.