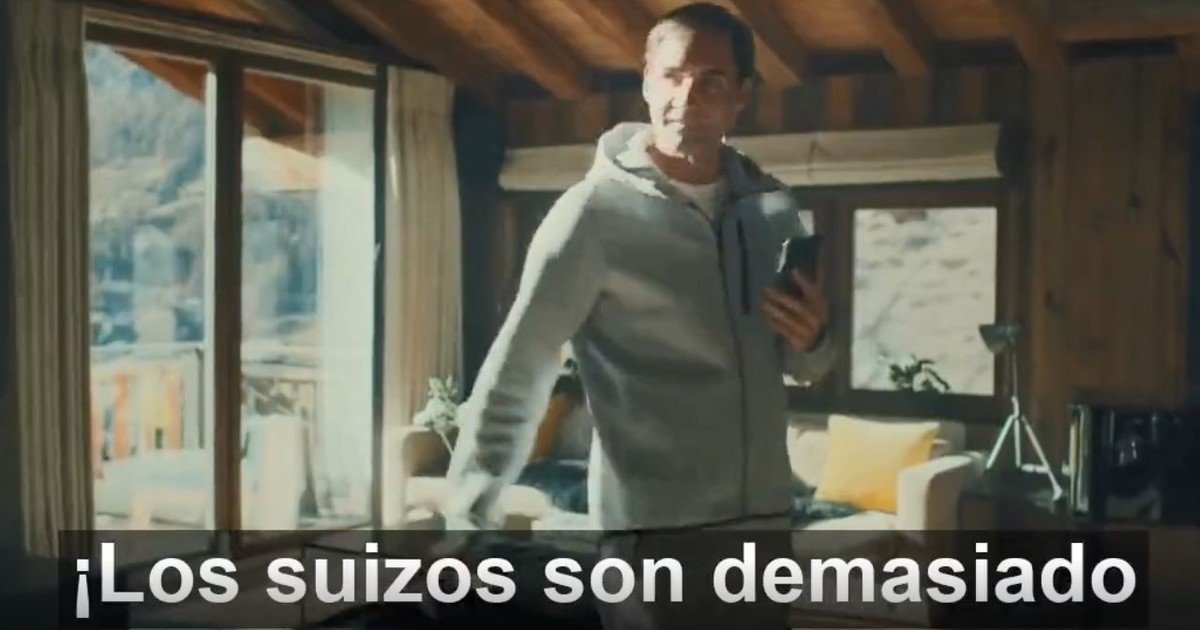 Ambassador Switzerland In Argentina, Heinrich Schellenberg responded with a funny video to the words of the Minister of Security, Sabina Frederickwho confirmed it “Switzerland is calmer, but it is also more boring.”

The diplomat wrote on his Twitter account “boring” Federer, and attached the post to a video of the championship of the Swiss tennis player and actor Robert De Niro.

In the 1 minute 30 second audio-visual piece, Federer had a video call with the actor in which they talked about the qualities of the central European country.

in a A comical move to promote tourism in SwitzerlandDe Niro calls Federer to tell him he won’t be making a movie about this country because he’s “too perfect”.

“As for the movie about Switzerland you want me to do, I don’t like it. Look where you are, Roger: they have mountains, ski resorts, charming villages, green valleys, and they don’t have drama. There is no drama at all,” he asks. the actor.

And the devoted tennis player replied, “Really, but did you see the sunset?”. So the actor continues his argument: “Roger, Because of the way I act, I need conflict and danger…Switzerland is simply too perfect. The Swiss are very kind.”

Surrendering to the refusal of the American artist, Federer suggested a “special mission” to the actor: “Let’s go down the slopes, we can even go with parachutes. Then we land in some fields with grazing cows …”.

But this new suggestion does not end the seduction of De Niro, who ends the call with a wonderful sarcasm: “Roger, I have to be honest with you, it won’t happen. Sorry Roger, better call Hank.”

The video promoting tourism in the European country ends with a slogan that directly corresponds to Frederick’s statements: “When you need a vacation without drama, you need Switzerland.”

Frederick launched the controversy on Sunday when asked in an interview with Radio Miter whether he should emigrate from the country to stop feeling afraid or suffering from acts of insecurity. He replied: “Switzerland is calmer, but more boring.”

What seemed to be a joke was immediately read as nonsense from the person in charge of the area accumulating society’s strongest claims: insecurity had been troubling for years.

He explained, “We must try to make this country the best we can. I still live in Timberley, I have a trusteeship, but I know the fear. I didn’t have a car because it was a risk factor.”