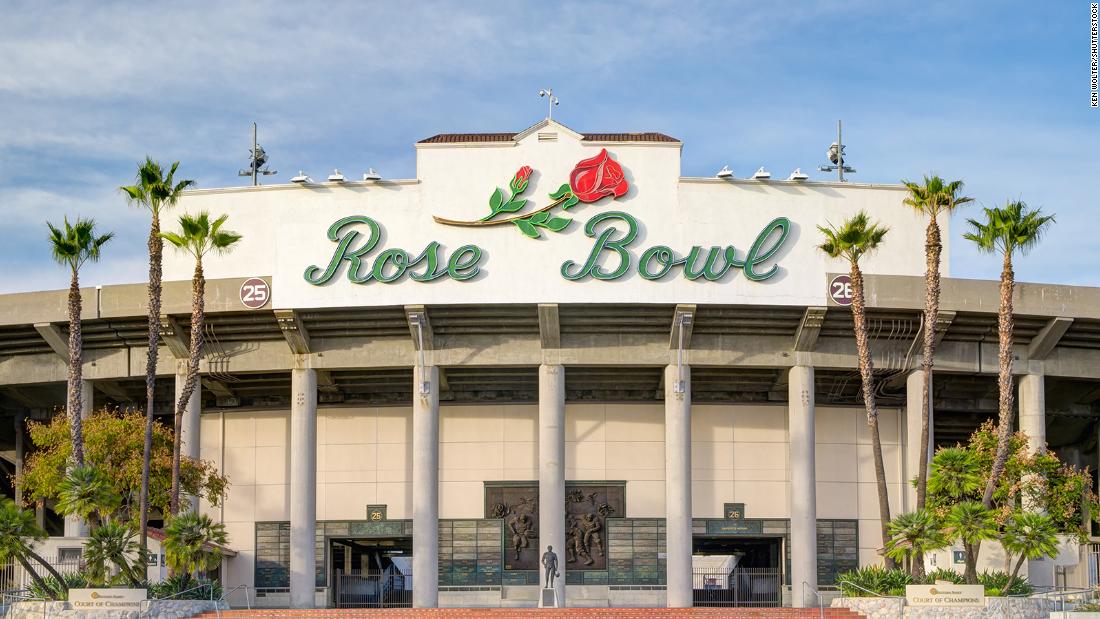 The game will be moving to AT&T Stadium in Arlington, Texas, as football team families will not be able to attend a match at Rose Bowl. The Tournament of Roses said it received word late this week that California will not make a special exception for guest players in the game.

In a statement, Executive Director of College Football Playoff, Bill Hancock, said this was a mutual agreement between the College Football Final Match Management Committee and the Tournament of Roses “given the increasing number of COVID-19 cases in Southern California”.

“We are delighted that parents and loved ones will now be able to see their students playing the game,” Hancock said.

We are very grateful to Rose Bowl officials and Pasadena City. They have worked hard to hear the concerns of the CFP, the teams that may have played there, and their state and government officials. The Rose Bowl has worked in the best interest of the people who live in Southern California. We are grateful to the Cotton Bowl officials and AT&T Stadium For their ability to make this late switch possible.

“Add this to my list of ways in which 2020 has demanded last-minute flexibility and adaptation from everyone in college football. Given all the complexities and difficulties involved, this is the best outcome for everyone involved.”

“We know the decision was not an easy decision,” David Eds, CEO and CEO of Tournament of Roses, said in a statement. “While we remain confident that a match could have been played at Rose Bowl Stadium, as is evident in other team and professional games that are being held in the region, the drop in COVID-19 cases in the region has continued on the upward trend.”

On Friday, Notre Dame football coach Brian Kelly told reporters he was not sure if his team would play in the qualifiers if families could not be there. Kelly supported moving the semi-final in Rose Bowl to a different location.

“They should figure out how to make sure that no matter where they play, parents will watch their kids play,” Kelly said.