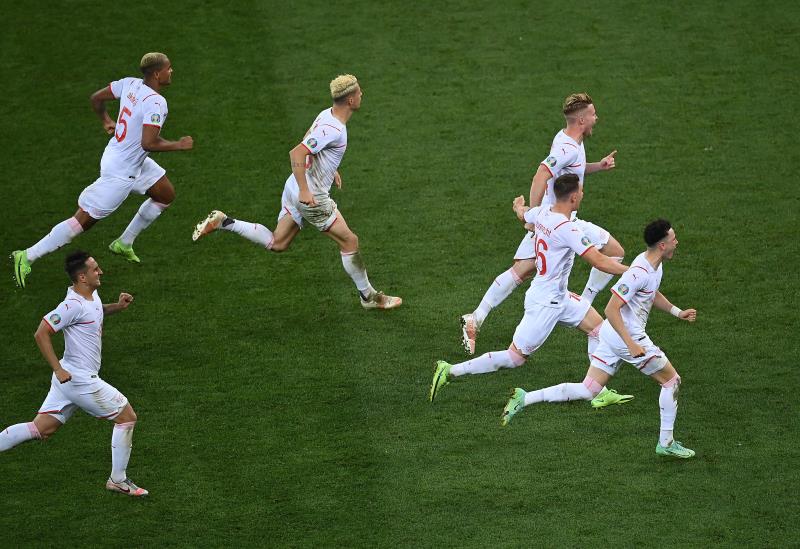 The Swiss press responded With extraordinary ecstasy Before his team beat France on penalties, giving him the pass to the European Cup quarter-finals, some media already consider it the greatest achievement of national football in its long history.

“victory forever”The Neue Zürcher Zeitung, the main German-language daily in the central European country, expressed great hope for a new generation of Swiss players who know how to go head-to-head with the world champion.

“heroic Switzerland Beat the world champions”, in the headline of the “Geneva Tribune”, while the famous French-language daily Le Temps highlighted the country. “feat” of “Nati”The name given to the national team.

Immediately after the meeting, the official website of Swiss television “RTS” highlighted that June 28 “will forever remain a great night for Swiss football”, and even asserts that in the Bucharest meeting “the team signed the most beautiful page in its history.”

As highlighted by the media The ecstasy that unleashed victory over France On the streets of many cities of the country, many fans celebrated until the early hours of the morning the quarter-finals, the first that Switzerland achieved in a major competition since the World Cup they hosted in 1954.

“Switzerland in trance Celebrate the victory over France,” RTS said, after thousands of people in Zurich, Geneva, Lausanne, Bern and other cities took to the streets after the match to launch their cars, light fireworks and express their joy by passing into quarters.

READ  Duncan Robinson asked Mark Titus about working in the media three years ago and he's now in the NBA Finals.