The police reinforce the forces in the Reichstag 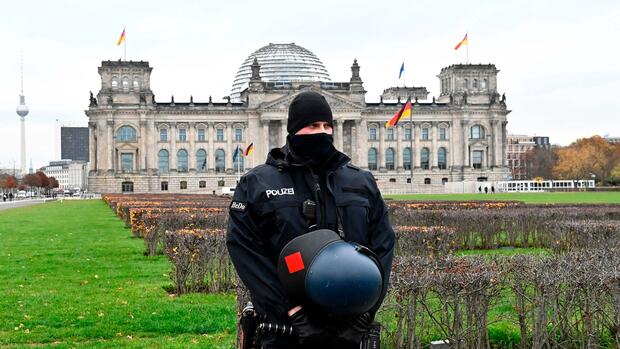 Berlin In response to the storm that struck the US Capitol Building in Washington, Berlin police increased their presence to protect the Bundestag. Parliament Speaker Wolfgang Schaeuble (CDU) explained to Bundestag members in a letter received by Bild am Sonntag: “The Berlin State Police have already reinforced their forces in the area around the Reichstag building.” He himself received a report from the State Department about the riots wanted in the USA and will “clarify with the federal government and the state of Berlin the conclusions that can be drawn from this in order to protect the Bundestag.”

On Thursday, a police spokesman announced that the preventive measures for important buildings in the capital would be “modified”. It is about the Reichstag building and things of the USA.

Speaking about events in Washington, Bavarian Prime Minister Marcus Söder told Welt am Sonntag, “Bad ideas turn into bad words and at some point also bad deeds. That is why we not only have to improve security measures for democratic institutions in Germany, but also Focus primarily on the sect-like movement of “side thinkers” and other similar groups. The protection of the constitution should play a central role in this.

READ  Richard Quest: I got Covid-19 two months ago. I am still discovering new areas of damage