Sudan. Signing of the Abraham agreements to normalize relations with Israel 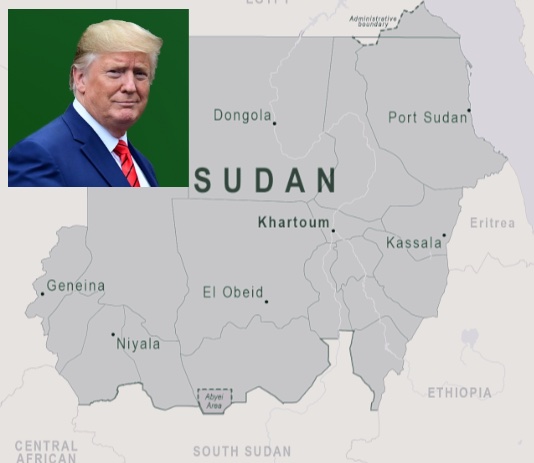 Sudan officially signed the Ibrahim Accords, which agreed to normalize relations with Israel, mediated by the Trump administration. Before Sudan, the agreements were signed by the United Arab Emirates and Bahrain. Moreover, Israel restored previous relations with Morocco and maintained full diplomatic relations with two of its Arab neighbors, Egypt and Jordan, after signing the peace treaties in 1979 and 1994 respectively.
The signature took place at the US embassy in Khartoum, where the US Secretary of the Treasury, Stephen Mnuchin, signed on behalf of Washington, and the Sudanese Minister of Justice, Nasser al-Din Abdul-Bari, signed for his country.
Sudan’s path to joining the Ibrahim Accords began in February 2020, when transitional government leader Abdel Fattah al-Burhan met Prime Minister Benjamin Netanyahu in Uganda.
A number of Sudanese political parties rejected the government’s decision to normalize relations with Israel at the time of its announcement, and formed an opposition front against the agreement.
The Ibrahim Accords are a series of agreements negotiated by the United States with the aim of normalizing Arab states’ relations with Israel, and it is a strategy aimed at increasing pressure on the Palestinians by contributing to their isolation and political weakening, and thus pushing them to accept the plan. The peace promoted by the Trump administration.
So far, both Hamas and the Palestinian Authority have declared that there can be no solution to the Israeli-Palestinian conflict without intervention.
Sudan’s economy has suffered for decades from US sanctions and the mismanagement of Omar al-Bashir, who has ruled the country since the 1989 jihadist-backed military coup. The civilian-majority transitional government that took power after al-Bashir’s ouster in April 2019 established ties with the United States: Sudan agreed to sign Agreements to remove it from the list of states sponsoring terrorism. It is a classification that prevented Sudan from obtaining international loans. In December, the thing happened, and the United States gave Sudan a billion dollars to help it cancel its debt to the World Bank.
The African country will benefit from the signing of the Ibrahim agreements and the American bridge loan, which will allow it to enter the international banking system and reduce its sovereign debt, and Sudan will guarantee loans of $ 1.5 billion annually from the World Bank. The funds needed to lift the Sudanese economy out of the crisis.
The United States blacklisted Sudan for granting asylum to Osama bin Laden and other leaders of Al Qaeda in the 1990s.
About 6,200 Sudanese migrants and asylum seekers live in Israel, and about 4,400 of them are from the Darfur, Nuba Mountains and Blue Nile regions, where conflicts continue.