The occupiers break the armistice twice 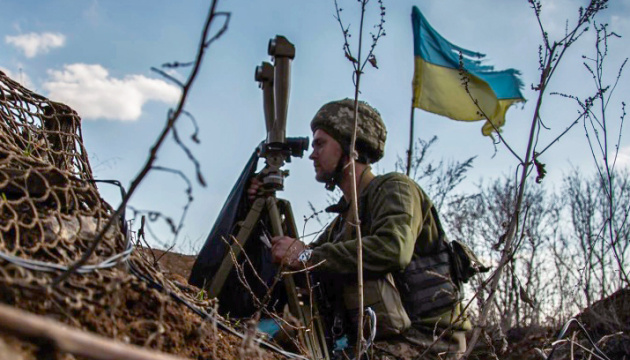 In the past 24 hours of August 13, two ceasefire violations were observed in the area where the United Forces operation was taking place.

This was announced by the press service of the employees of the United Forces on Facebook.

Not far from Nyolsk, the occupiers fired grenade launchers and heavy machine guns.

Russian mercenaries deployed 122 mm artillery and 120 and 82 mm mortars towards the village of Byodian.

“As a result of enemy shelling, two Ukrainian soldiers defected. You are in the hospital. They said that one soldier was moderately wounded, and another soldier is in satisfactory condition.”

Ukrainian defenders fired in response to the bombing of the Russian occupation forces.

The Ukrainian side of the Joint Monitoring and Coordination Center informed the representatives of the OSCE Monitoring Mission about the violations committed by the Russian occupation forces for their use of the existing coordination mechanism.

From the beginning of the day until 7:00 in the morning of August 14, no violations of the ceasefire were recorded.