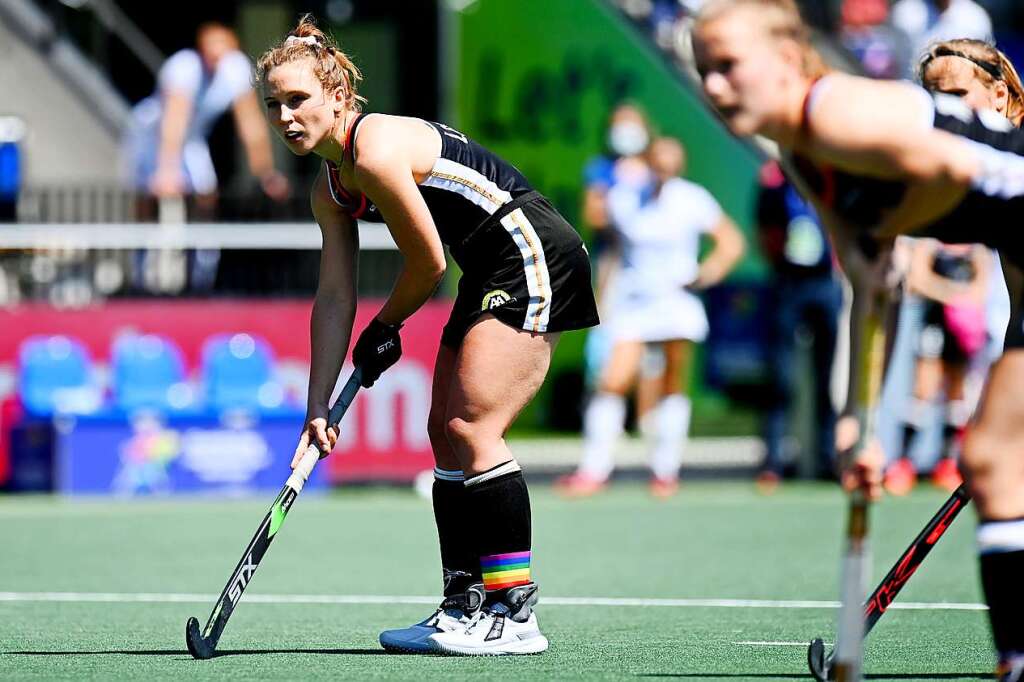 Australian footballers hoist the Aboriginal flag, American star Megan Rapinoe & Co is on her knees – and the German hockey captain is now allowed to wear her rainbow band during matches. Two weeks after the end of the European soccer championship, which is also marked by symbols and political gestures, there are similar references to the Olympics in Tokyo: the athletes responsible are putting themselves on hold. Sports and politics are no longer an opposing pair of opposites. In fact, they weren’t.

On Thursday, the International Olympic Committee gave way in two cases. Nike Lorenz is also allowed to wear a colored badge on his socks during a match and not only when warming up or after the final whistle. “We are delighted that we have found a common path enabling the hockey team to make a social and political statement,” said German Olympic Sports Federation President Alphons Hormann. “It feels so great to give my teammates the space they deserve on the field,” Lorenz said. “Every attribute of us now has its official place. Love always wins.”

Sayings about respect and tolerance

In addition, photos of future athletes kneeling will be shown on the social media channels of the Olympic Games and the International Olympic Committee. At the start of the Olympic soccer tournament, players from Great Britain, Chile, the USA, Sweden and New Zealand knelt for a moment to protest racism and discrimination. Australia, New Zealand’s opponent, stood arm in hand and raised the Aboriginal flag in front of the cameras. The flag with a black and red background and a yellow circle is an important Aboriginal symbol of Australia.

The German team is also looking beyond its much-cited sporting prospects. What German hockey captain Nike Lorenz and many others have in common: Athletes position themselves – and do so more often than in the past in public. “Not all athletes have to do this, but those who want to speak out in the name of the rainbow flag or other messages advocating peaceful coexistence, respect and tolerance should actually get the best stage here,” said athletes spokesman Max Hartung in Tokyo. The 31-year-old swordsman openly encourages his colleagues to make clear statements.

“This is an opportunity for us to continue to use our voices and our platforms to talk about things that affect us all in different ways,” US soccer player Megan Rapinoe, who has been her most vocal representative for many years, told Sport. “We are on the world stage, all eyes will be on Tokyo over the next few weeks,” said the 36-year-old, and emphasized, “A lot of people who are here are not only interested in their sport, but are also interested in many other things.”

British Captain Steve Hutton spoke of a “pride moment” and noted the reaction of the Chilean women, who spontaneously imitated them and also knelt. These actions are possible because the International Olympic Committee has relaxed Rule 50 of the Olympic Charter, which bans political gestures and statements on the field and in medal ceremonies. Acts of protest such as kneeling or raising a fist are now possible before the competition begins, but are still prohibited on the podium afterwards. Associations also have a veto. The FINA has prohibited all athletes from making any political or protest gestures at the edge of the pool.

At the request of DOSB and the German Hockey Federation, the International Olympic Committee has now approved the request that Lorenz, similar to national football goalkeeper Manuel Neuer, wear a rainbow armband “as a symbol of sexual diversity,” tweeted DOSB. Most athletes find the modified rule to be welcome – not all of them want to implement it effectively. “I think it’s great that the rule is loosened,” vice-champion beach volleyball world Clemens Weckler said Thursday in Tokyo. But he did not plan anything with his partner Julius Thule. “We definitely support that, but then the focus is on our own competitions,” Weckler said. “We try to put all our energy into it.”

World long jump champion Malaika Mihambo also believes that “it’s very good for athletes to do this, when they stand up for greater values ​​that are sometimes forgotten”. But she said, however, “She couldn’t make friends with these great gestures. It just doesn’t make me feel.” The organizers also seemed to be strangers at first. On Wednesday, no pictures of the players kneeling appeared on the social media channels of the Olympic Games or the International Olympic Committee. A day later, the International Olympic Committee indicated that in the future such photos will be distributed on its own platforms on the Internet.