The Last Paradise with Ricardo Scamarcio from 05/02 on Netflix. The trailer 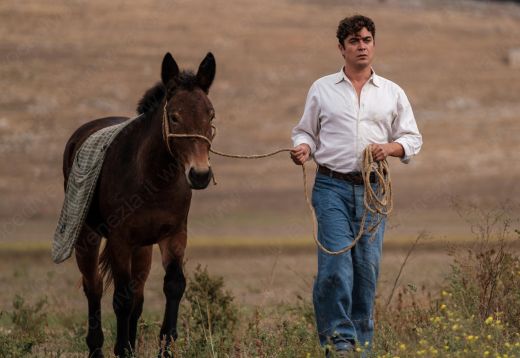 L’Ultimo Paradiso arrives with Ricardo Scamarcio on Netflix. Directed by Rocco Ricciardoli, it was written by Ricardoli himself with Ricardo Scamarcio who is also the producer of the film.
The Last Paradise, starring Ricardo Scamarcio, Gaia Permani Amaral, Antonio Girardi and Valentina Servi as the main heroes, was filmed in Gravina, Bari and Trieste, for seven weeks of filming.
It tells a story that takes place in a small town in southern Italy where Siskio (Ricardo Scamarcio)

40 years old peasant.
The protagonist is married to Lucia (Valentina Servi) and they have a 7-year-old son and dream of changing things by fighting with fellow villagers against those who have long exploited the weakest.
Cecchio-Scamarcio loves Bianca (Gaya Permani Amaral), daughter of Kumba Chetino (Antonio Girardi), a treacherous landowner and fearful of being exploited by farmers for years. Sisio wants to run away with her, but,

Once Cumpà Schettino realizes their relationship, a series of events will begin to disturb everyone’s lives and nothing will ever return to what it was again.
The Last Paradise will be visible on 05/02 on Netflix.
It is NETFLIX original production by LEBOWSKI and SILVER PRODUCTIONS.

The Last Heaven is based on a true story.
Movie trailer