The last call.. Know the penalty for phone calls 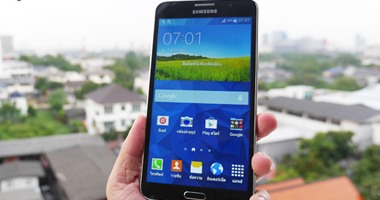 Telephone hostilities..No home is safe from them, as they cause insomnia for everyone, especially girls and women, and often force them to turn off their phone or change their number to get rid of these harassment, after the failure of the brother or husband’s attempts to deter those who commit this shameful act. However, in light of the technological development and the prevention of companies issuing phone numbers not registered with telecom companies, the phenomenon has been greatly reduced.

In addition to trying to record calls on your phone for a specified period of time, or save the text messages you received from the perpetrator of the caller, so that they can be used as evidence of the incident, then the case will be referred to the Attorney General who will send to all phone companies a request to reveal the identity of the caller and Then punish him.

In the following lines, we monitor the penalty for harassment over telephones. Article 76, paragraph 2, of the Telecommunications Regulatory Law stipulates that without prejudice to the right to appropriate compensation, whoever deliberately disturbs him shall be punished by imprisonment and a fine of no less than five hundred pounds, and not exceeding twenty thousand pounds, or one of these two penalties. Or harassing others by misusing communications equipment.

According to the foregoing, the second paragraph of Article 76 of the law criminalizes an act of willful annoyance or willful harassment of others by misusing communications equipment. The intended disturbance or harassment here is that a person uses communications equipment in a way that annoys or annoys the other party, and the legislator criminalizes this act if What happens through any communication device, whether it is a telephone or a computer receiving data and information, e-mail, electronic messages, the Internet, television communication or any other means of communication. The second of the Communications Law, whoever sends messages via the Internet or on a mobile phone that include inconvenience or harassment to its receiver is the perpetrator of this crime, and the judge must determine whether the committed act constitutes a disturbance or harassment to the recipient or not, as it is an objective issue that varies from case to case.