The fruits of nuclear negotiations… Lifting sanctions on Khamenei? 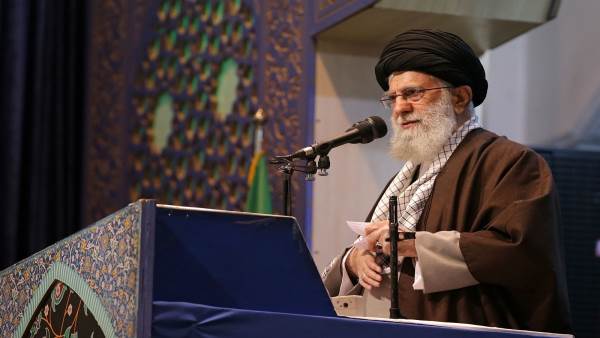 The US network, NBC News, revealed that the administration of US President Joe Biden is considering lifting sanctions against Supreme Leader Ali Khamenei as part of the Vienna negotiations aimed at reviving the nuclear agreement.

The network quoted a former US official and two others familiar with the matter that the US and Iranian negotiators discussed the possible step during the indirect nuclear negotiations in Vienna, as part of a broader set of concessions that may lead to the United States returning to the agreement once Iran returns to abide by its nuclear commitments. She added that lifting sanctions on the Iranian leader was an Iranian demand in the Vienna talks.

A US State Department spokesperson told the network, “The precise nature of the sanctions-related steps and their sequencing, which the United States should take to achieve a bilateral return to compliance with the Joint Comprehensive Plan of Action, is the subject of talks” between Washington and Tehran. “There is no agreement on anything until everything is agreed upon,” he added.

It was the administration of former President Donald Trump that imposed sanctions on Khamenei after Iran shot down a US drone in June 2019, which almost ignited a comprehensive military confrontation between the two parties, had it not been for Trump, at the last minute, retracting a military strike on Iran.

The nuclear negotiations in Vienna are still awaiting a seventh, possibly decisive, round. However, in view of Iran’s optimism that an agreement is imminent, the US statements seem more cautious, the latest of which was reported by “France Press” on Friday, about an American official regarding the existence of obstacles still standing in the way of reviving the nuclear agreement, except that he stressed that his country will not return to a seventh round. in Vienna unless it has already realized that it will lead to final understandings.