The food chain comes from the USA to Erlangen – Erlangen 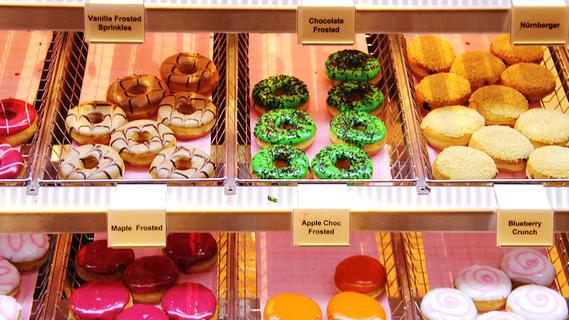 Erlangen – Dunkin ‘Donuts actually went to Erlangen once, when it was the first American franchise store in Bavaria. There are now 14 locations in the coffee and donut chain. The store disappeared again only in Erlangen. This is going to change.

Würzburg, Aschaffenburg, Augsburg, Ingolstadt, Munich, Fürth and Nuremberg – Those who love donuts and coffee from the US can visit Dunkin Donuts branches here. The franchise company came to Germany in 2013, five years ago its first branch was opened in Erlangen, also in Bavaria, on the Obere Karlstrasse.

But while people in Nuremberg celebrated the opening of a second store in Bavaria in long lines, there was often a huge void in Erlangen: it was said that the more expensive and cheaper alternatives in the nearby bakers caused the drop in turnout. Dunkin ‘Donut has disappeared as quickly as it came.

Donuts, Muffins, or Brownie Buns – If you love dessert, you’ve come to the right place: at Dunkin ‘Donuts. The restaurant chain from the United States has now established itself in Nuremberg and is located on Königstrasse. However, it should not remain with one branch, others are already being planned.

But now Dunkin ‘Donut is back in the university town: As Marius Lorbach, director of Erlangen Arcaden, told our newspaper, there will be donuts of all kinds and colors again at the end of February / early March. At the entrance to Arcaden on Nürnberger Strasse, opposite Brunner’s butcher shop, Lorbach was able to sign a “long-term contract” with the franchisor. In other words: This time Dunkin ‘Donuts probably won’t go away anytime soon, but it will be selling Erlangen’s sweet donuts for at least several years.