The Finnish team that carries the Christmas spirit all year long 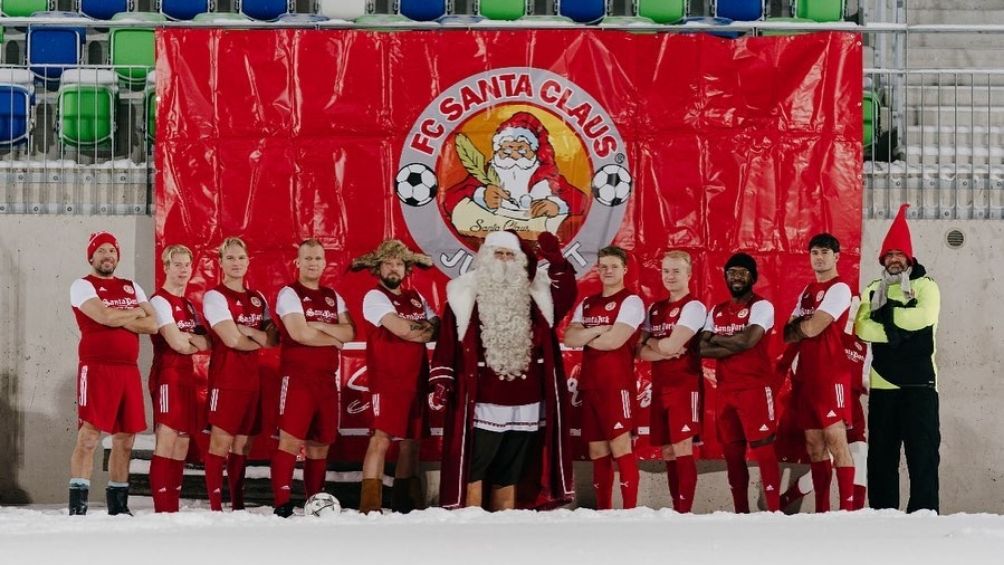 Finland has a team that carries the spirit of Christmas 365 days a year by name Santa Clause And serve as an image shield Santa Clause.

The Finnish club, which has 28 years of history, currently plays in the sixth division of its country and was born in 1993 after the merger of the city’s teams, Rovaniemi, from Ribas s Rovimen Lapland.

According to Norse tradition, Rovaniemi it’s home Santa ClauseTherefore, to found the club, the players, managers and employees involved in its creation went to the largest Christmas village in Finland to ask Santa Claus for permission to use his name and photo for the football team.

Santa Claus attends himself at all team meetings, and accompanies the players on the field before each game.

During training, players usually carry out their routine with Christmas hats, elf ears, bells or reindeer antlers, while at Christmas they give games to the children.

in 1997 Santa Clause He played his most important friendly match when he faced Crystal Palace From Premier League Einglish.

You may also be interested in: HAALAND: Norway’s bailout has been dropped to 75 MDE, they confirm in Germany

See also  spontaneous in Finland and Belgium from the euro; Eriksen Status Networks