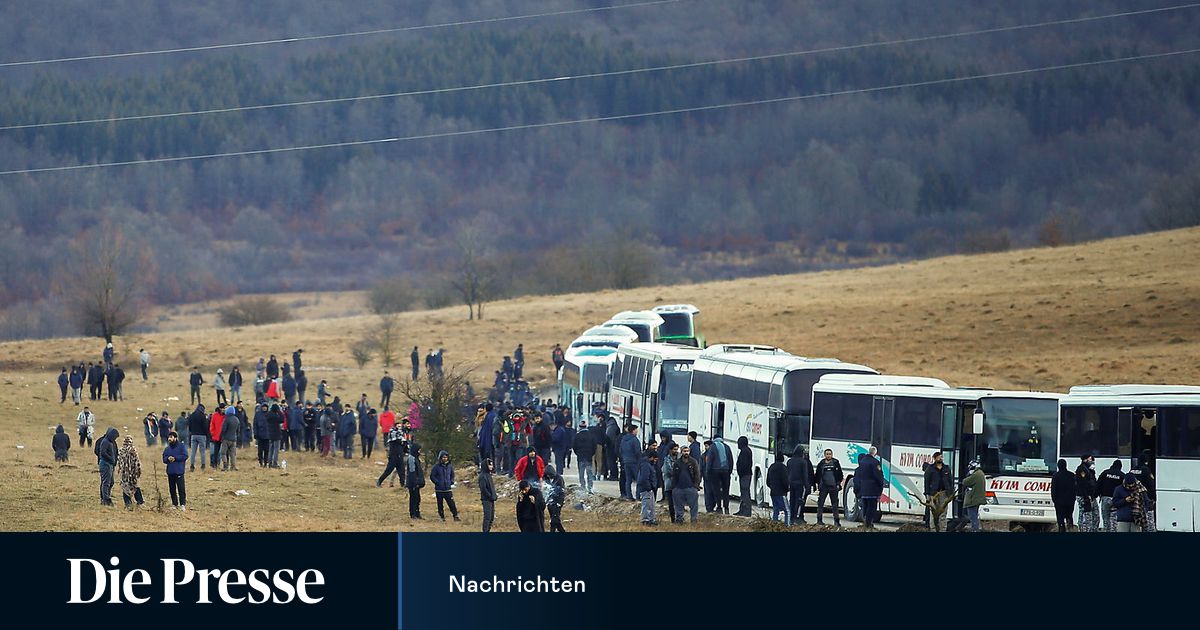 After resistance from politics and residents, the transfer of about 700 people to the barracks was canceled. The warehouse in Leba is not connected to the electricity or water network.

Evacuation of the already closed refugee camp Lipa In Bosnia and Herzegovina. Nearly 700 remaining refugees were to be transported by bus to a former barracks in Pradina, 45 kilometers southwest of Sarajevo, on Tuesday. However, according to media reports on Wednesday, the transfer was banned politically.

As reported by the regional internet portal N1, residents of Pradina have closed the barracks. Local politicians also opposed the decision to house the migrants in an army facility. This does not comply with the usual procedures and has in no way been discussed with the local authorities, citing a statement issued by the government of the Herzegovina-Neretva Canton, where Bradina is located.

The Serbian Tanjug news agency, citing the Interior Ministry, said that a solution is expected within the day. In any case, the police and the Ministry are ready to assist with the evacuation.

A camp without electricity or running water

the camp Lipa It is located in an inhospitable area 25 kilometers southeast of Bihac and was built in September after the closure of a makeshift refugee camp on the outskirts of the largest city in Bihac due to popular resistance. Last week, the International Organization for Migration (IOM) was forced to open the camp in Lipa However, it was closed because, despite government promises, it was never connected to the central water and electricity network and thus was not suitable for winter. Many of the camp’s 1,300 residents set out for Serbia, around 700 of them waited in winter conditions and poor supplies from aid organizations. Lipa Outside.