The European Union is afraid of its future 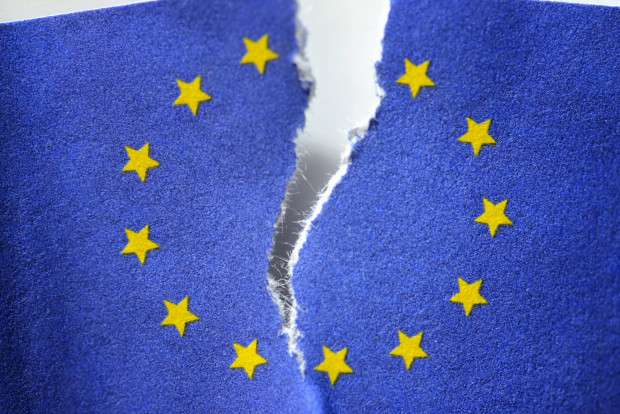 Political structures need subjective certainty. The Holy Roman Empire believed that it would exist as the last great Christian empire on earth – after the fall, the end of the world would follow. The Russian Tsarist Empire had a conviction similar to the “Third Rome”: there would be no such thing as a “Fourth Rome”. The Republic of Venice – much smaller – presented itself as an “eternal republic”, which was under the special protection of Saint Mark and took over the best institutions of the Roman Republic. Empire, Venice, and Russia could exist for centuries in the light of this “historical” subjective certainty.

Communist countries know another form of self-confidence. Unlike “historical” subjective certainty, they are based on “future certainty”. Legitimacy by God, historical stability, or a mature political system are not pillars of state certainty, but the conviction that Marxism, as an exact science, has prejudged historical development. Even if socialism and communism show flaws in reality, it is clear that they must assert their existence as the supreme order in history – despite all the opposition, problems and defeats.

The democratic variety of this Marxist idea is Francis Fukuyama’s concept of “the end of the story”. According to this theory, which prevailed in the 1990s after the fall of the Soviet Union, all countries turned into democracies in the long run due to economic networking and the export of liberal ideas. Since democracies do not wage wars against each other, and globalization’s interdependence makes conflicts impossible, the future lies in a liberal democratic world state.

The idea of ​​the European Union is based on precisely this ideology. The existence, expansion and consolidation of the European Union was a prime example of these defenders of the future world state, which would first be shaped by regional and continental alliances. Every advance made by the European Union was seen as confirmation of the thesis. This reinforced the staff’s conviction that European integration according to the Brussels Doctrine – like communism – was inevitable. Each setback, like the failed constitutional referendum in France and the Netherlands, was seen only as a short-lived trivial. Since the Juncker Commission at the latest, people have made no secret of the fact that they no longer rely on conviction, but on getting used to — or even coercion. Even Brexit was not seen as a disaster, but rather as stupidity by the British for having taken the wrong path in history. The end will be the United States of Europe. 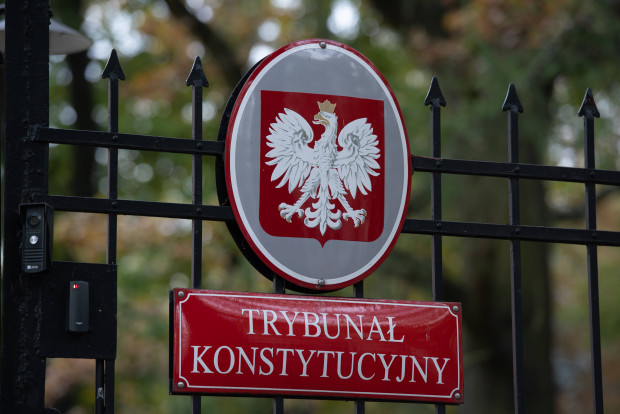 The European Union or National Sovereignty: Poland and the Law

But something happened in the utopian ideal world of the European Union. The British have always talked about their relationship with the continent as a business but never as a love affair. London viewed the European Union as an extended free trade area. So the UK’s departure also absorbed some EU officials who had “bigger” plans. It was different from the people who once lived on the other side of the Iron Curtain. Both Poles and Hungarians identify themselves as European, and have welcomed the accession with enthusiasm. There are two peoples whose state disappeared from the maps. It is the peoples who, from the suffering of division and occupation, feel a great desire for independence. At the same time, they are peoples who have had positive experiences with belonging to a larger union.

The Hungarians know not only the Ottoman yoke, but also the fruitful time of the Austro-Hungarian settlement. The Poles know not only the loss of their homeland, but also the centuries-old union with Lithuania – an elected monarchy whose king often came from abroad. It is therefore a mistake to think that both states are characterized only by a strong “national” identity that does not concern itself with the larger units; Both peoples have historical experiences that give them an accurate sense of what is balance and what is excess. The heirs of a typical pan-European state, who also served for centuries as “border guards” against anti-European forces (this applies to the Islamic Ottoman Empire and Soviet communism), do not need guidance from Brussels about what “Europe” is. 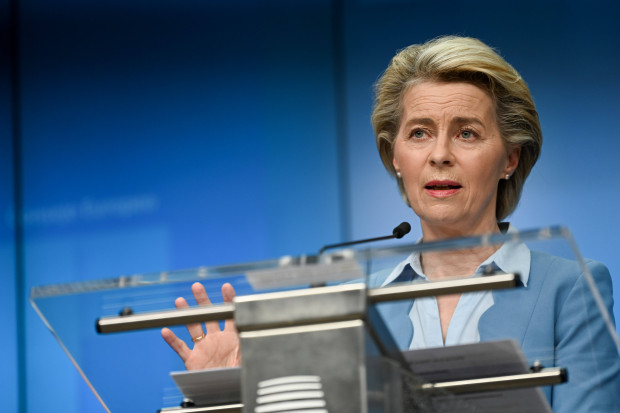 The constitutional coup in Europe

Naturally, EU officials have no idea about this historical material. Who thinks of the Battle of Mohács, the Confederation of Lublin, the Partition of Poland, or even the uprising of the Hungarians on October 23, when Solidarno and the European Excursion had already been forgotten? However: In Brussels, the Polish-Hungarian conflict is considered more sinister than Brexit, even though the two countries are demographically and economically smaller. Great Britain did not want to change the European Union, but rather wanted to keep it in a loose state. On the other hand, Hungary and Poland have another future project that can be described by the word national Christian democracy. They not only insist on their sovereignty, but also defend themselves against omissions across Europe, from mass immigration to abortion. This stands in the way of the EU’s left-liberal dogma.

Discomfort crystallized recently when Katharina Barley twice admitted that she was too self-confident about the union’s future. in a “Phoenix” She responded to the question about what the European Union would look like in ten years: “I am happy if the European Union as we know it will still exist in ten years, because developments in Poland and Hungary are so threatening, that they can explode. This European Union arrives. I hope that It remains a constitutional, democratic and universal entity.” Those are amazing words. The direction of action is clear: Poland and Hungary must be built as demonic threats against which one must prove oneself. Only reducing this risk paves the way for the glorious future of the European Union. Potential “for all” treatment is also an option. Rather, this phrase expresses one thing: doubt. In the words of Parly – after all, she is the Vice-President of the European Parliament – there is no certainty about the winner in the last messianic battle. 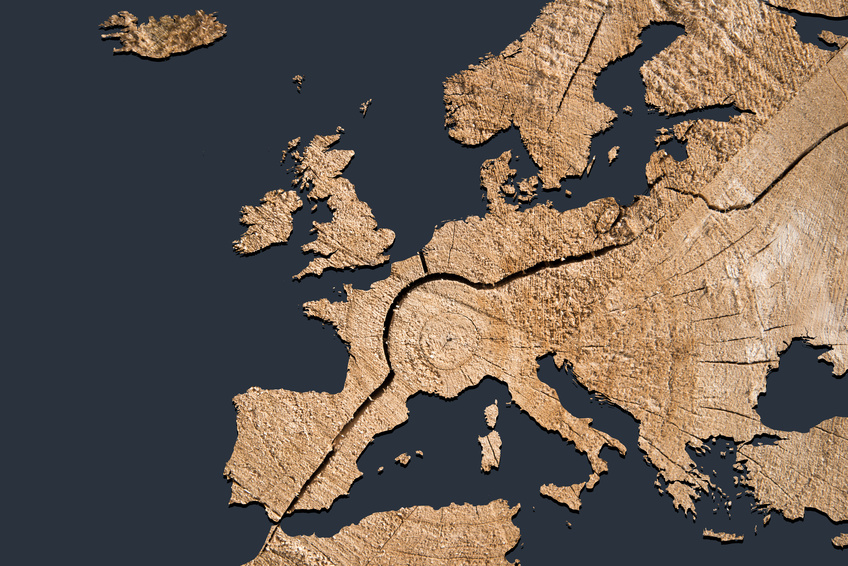 The European Union is not a country and has no rights

On Monday morning, barley repeated the opposite n-tv this point of view. And again: uncertainty about whether the union will look like it does now in the future. I see a real danger that if we do nothing now, the European Union will no longer exist. We have two countries, in addition to Poland, there is also Hungary, which for several years has been working to change our understanding of democracy and the rule of law. They are not satisfied with the abolition of the independence of the judiciary in their countries, they want to transfer this to the entire European Union. The “avalanche effect” came from Hungary, where one can no longer talk about democracy. This extended to Poland, and now Slovenia was in danger.

It goes without saying that the danger in Brussels can only come from “outside” and that the administration cannot have a stake in the situation itself, instead it already sees the next bad boy in Slovenia. This reminds us of a collapsed superpower that frantically attacks a small country in order to reassert itself. This may work like a balm internally. Outwardly, this impression confirms the sinking of the ship, which even the officers no longer believe in. In addition, there is a risk that the European Union may not be able to maintain the monopoly of the continental confederations. Poland and Hungary can lead a new union: be it EFTA, Visegrád Union or another competing project. The two Christian national democracies have their own foundations.

On the other hand, the European Union has no army to protect it, no statesman with a charismatic personality to lead, no historical bloc on which to base it, no god to trust, no people to legitimize, no convictions to preserve. She is a bureaucratic skeleton without a flesh and a heart. The one spirit that inspired the spirits of the staff was the certainty of the future: the awareness of being on the right side of history, which is always marked. If this pleasant remnant of condemnation among supporters disappears, the idea of ​​an EU is no longer so far-fetched. Then, as in the Soviet Union, all that remains is the impression of an aging judgment that clings to ideas of the past despite approaching perdition. 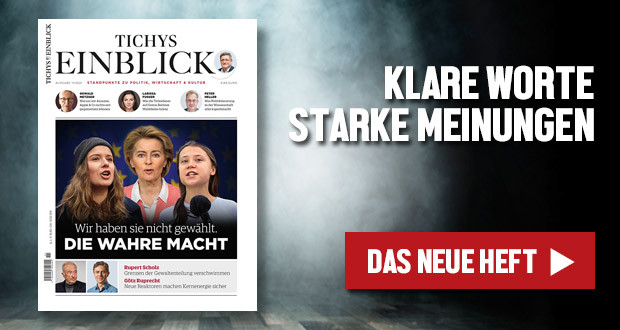