The ‘cradle’ of penguins in Australia | We Antarctica Blog 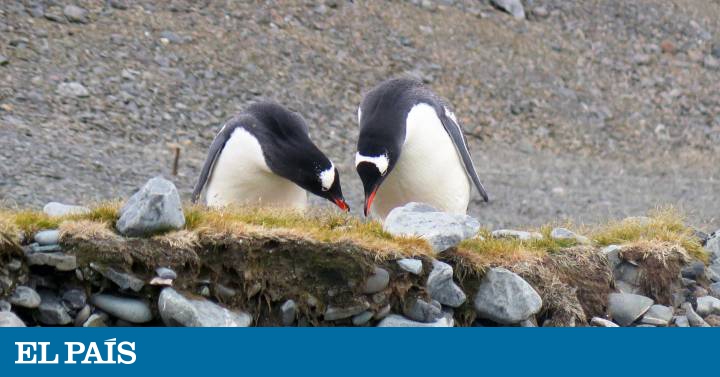 If there is something that has roots in the collective imagination, it is the association between the polar cold and the penguins. Since Disney turned them into cartoons, in the 1930s, it has become impossible to imagine them away from the ice of the South of the World, although those who visit the Ecuadorian Galapagos Islands or South Africa are surprised to enjoy their colonies. But where did these mysterious and friendly birds originate?

This is the question that was the head of the Brazilian biologist, Juliana A. Viana, long-time researcher at the University of Cattolica de Chile. Viana, whom I met in Madrid at the end of last year, before my trip to Antarctica, told me that for years she had been working with the DNA of the existing 18 species of penguins for an answer. Actually, As I already said on We are Antarctica, Found that there are actually 19 genotypes. He also recommended that I spend a lot of time with them, observe them, and enjoy their apparent negativity, which is never the case. The penguin It became one of my favorite activities …

Now, in joint work with an international team she leads, the researcher has found many answers about the history of some birds that are able to live in the coldest conditions, but also walk along warm Ecuadorian shores. And the first surprise is that they are not Antarctic as we thought: their genes tell us that they came from Australia and New Zealand, where they appeared about 22 million years ago in a warmer environment.

To reach this conclusion, Viana and her colleagues used 22 DNA samples from 18 known species, although in the end they also include 19 species. It was this researcher’s team who decided not long ago through a genetic study that they believed there was Only two species of yellow chalk penguin were actually three species with all of those materials, they compared all of their genomes, which they obtained by their means or through other investigations, by following the analytical techniques also used in human evolution. And so they were filling the riddle of their past. They found that 90% of the genes shared them with the rest of the birds and that the remaining 10% contained the key to their own history and diversity. The point was, everything had to fit in: genetics, fossils, climate, geology … in fact, the article published in the magazine Proceedings of the National Academy of Sciences (PNAS) Almost a few days ago is an encyclopedia of penguins. “Checking everything fit was very satisfying. It’s a job for years that would have given us many articles, but we’d rather do one with a lot of impact,” he admits in an interview. Online From Santiago de Chile.

Among the pieces that found their place were their origin, but also the lineage of the emperor and the king penguins, the largest of the species, which turned out to be genetically sisters of the rest and not a different offshoot, as would be expected. In general, the history of the different species was very busy until this investigation.

But let’s get into the details … Genes indicate that modern penguins originated 22 million years ago in waters of Oceania that were not cold on their surface. The temperature was around 9 ° C, according to the reconstruction of the ancestral stature by the Spanish biologist Luis R. Pertera. Pertierra explains that his work consisted of making projected biogeographic models back into the past: “In a few words, it was a question of making estimates of the maximum and minimum temperatures that the sister penguin species now endure, because with this it is assumed that the common ancestor would maintain the medium temperature preference, which is consistent With the molecular data and fossils that we have. “

It was about 11.6 million years ago when some of these diving birds moved toward cold Antarctic waters, apparently in search of food, thanks to the intensification of the Antarctic Current (CCA) that separates Antarctica from the rest of Antarctica. Globalism. Among the first arrivals are the emperor and king penguins, who according to what is written in their genes are brothers of others. The latter, the red-beaked baboons. This diversification of the different species occurred in a long process of adaptation to their new frozen environment, a natural selection that took 4.5 million years.

“We were able to identify 104 genes that favored this ecological selection in penguins in Antarctica. Some allow them to tolerate lower temperatures better, others improve their ability to dive or prefer to regulate osmosis and there are those that have to do with the peripheral circulation.” Different species occupy increasingly challenging thermal outlets, some still prefer the temperate waters that they enjoy in Antarctic waters, Africa and South America, and then there are the coolest ones from the Galapagos Islands.

Changes in the ice masses and currents were modifying the proportions of the population as well as their demographics. It is known that during the last ice age, the number of some species decreased and that there would be colonies that remained isolated, but that would grow again when the environment temperature increased. There were also polar fronts that acted as barriers to its spread, causing local adaptations. Gentoo penguins are also known to be among the last to arrive in Antarctica from warmer regions, which could explain why their numbers are now increasing at the expense of warming Antarctic temperatures, while their chin strap is decreasing and moving. To cooler areas. Regarding the Galapagos Islands, it was found that they were also among the last to distinguish themselves and that they colonized the tropical coasts some 600,000 years ago driven by the currents of the Southern Ocean, adapting to about 27 ° C and the rich food they arrived at.

“The higher the genetic diversity, the greater the population, so in addition to reconstructing the demographic history, we analyzed the crossing capacity of all species and verified the presence of a gene flow between them, up to 25% among feathered penguins (Rock hoppers In English) and only 9% among the Papuans who arrived later. Thus, they shared genes that were favorable to the Antarctic environment, “comments the scientist.

Despite its great ability to adapt to different environments, Viana does not hide its interest in these seabirds. “All of these adjustments took millions or hundreds of thousands of years, and they have nothing to do with the rapid pace of current climate change, which they will hardly be able to genetically adapt to. Pick up the krill that is their foodThe introduction of invasive species to their habitats and the setting of traps they fall into … the future is bleak for them, he admits. His main collaborator, Rory Bowie, from the University of Berkeley (California), where Juliana went to spend a year completing this work, expresses himself in similar terms.

With temperatures that It reached 18 degrees Celsius last summer southernIt is not uncommon for emperor penguins, which are adapted to withstand minus 40 degrees Celsius, and seek out the coldest places on the continent. Most recently, the European Space Agency (ESA) identified satellite colonies for species that were unknown, great news if not because they were small colonies of the species and because all projections indicated that they would decline in number. Those in the Galapagos Islands, which already support up to 40 ° C when on Earth, will also be affected, as events like El Niño get more extreme. “Getting to know them better is essential to assess the effects they are experiencing and take action,” says Juliana A. Vianna.