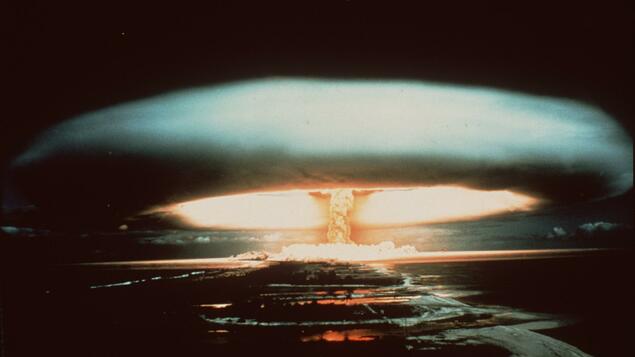 A general ban on all nuclear weapons is a valid goal. If chemical and biological weapons and antipersonnel mines are prohibited, why aren’t they the worst weapons ever?

The question does not force Germany to join the United Nations Treaty to Ban Nuclear Weapons, which will enter into force on January 22. The majority of states are not listed anywhere “the United Nations”. Germans must also be mindful of the consequences for themselves and for their inclusion in their alliances.

If Germany acceded to the treaty, it would be a singular, national effort against all NATO Allies and almost all of the European Union’s partners. Why is the desire so strong among the Greens, the left and parts of the Social Democratic Party? The benefits of preventing war through nuclear deterrence are more important to NATO partners. you are right.

Only a quarter of the United Nations members signed

Sweden and Switzerland also classified the ban with “correct in principle, but unrealistic”. Both are neutral, and they both helped draft the contract, but didn’t want to sign it. This makes you think.

The treaty enters into force due to the signature of 51 countries out of 191. Quarter. With the exception of the three regional powers, Mexico, Nigeria and South Africa, they are small countries that have no political, economic or military weight, like Jonas Schneider in one. Study by the Foundation for Science and Policy It analyzed the pros and cons of the contract.

Faithful opponents of the 39 treaty – the nine nuclear powers, the 27 countries in NATO without nuclear weapons, Australia, Japan and South Korea – are numerically fewer. But they account for 79% of the global economy, 85% of defense spending, and 60% of development aid.

In open societies, opponents of nuclear weapons can express themselves and organize themselves. Parties like the Greens, where the majority thinks so, can come to power. Such a movement is unthinkable in nuclear dictatorships like China, Russia and North Korea. Supporters end up in prison.

These reasons will not satisfy the supporters in Germany. Why leave something fundamentally right just because it is considered unenforceable today and shifts the balance of horror? One might also ask the opposite: why do large parts of politics in Germany seem to find it more difficult than in Sweden, Switzerland or France to tolerate the contradiction between the desired world and the real world?

Green data: It is better to revive disarmament

Many of the people who have been shaped by government responsibility show how this is done. They support the “Global Zero” movement, but reject the ban treaty: former US presidents Barack Obama and Jimmy Carter, former European prime ministers such as Karl Bildt, Gro Harlem Brundtland and Mary Robinson, and former diplomats such as Wolfgang Ischinger – German Foreign Minister Heiko Maas (SPD) .

Germany’s own path of conscious departure from the European Union and NATO has the effect of left-wing nationalism. Ryros green They show their party a different path in terms of governing ability. Instead of rebelling against “Germany Cannot Do This”, one must think: What can a green federal government do?

For example: Increasing pressure on all nuclear powers to move forward with disarmament talks again after a long hiatus, including China. Only when the big firms shrink together will the path to ‘global zero’ open. The The United States is ready under Biden to me. So the pressure must be on Russia and China.