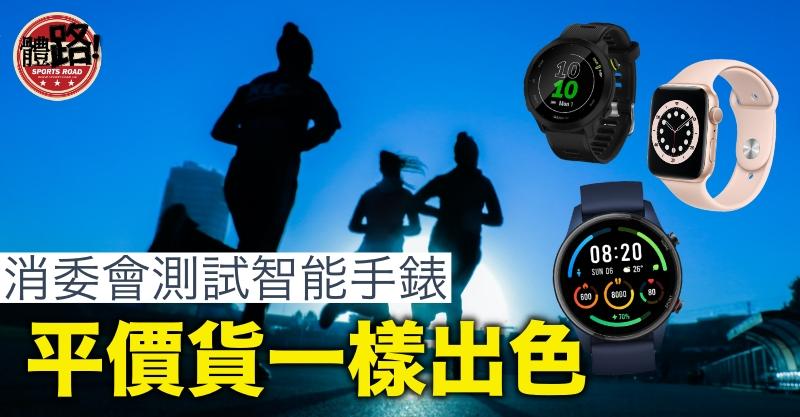 [معلومات التدريب]The Consumer Council released a test result for a smartwatch on Monday (15th), which measures sports performance such as heart rate, distance, steps, altitude/altitude changes, battery performance, smart functions, and ease of use. The overall performance of 27 products was evaluated in various aspects such as grade resistance and scratch resistance . The Consumer Council found that among the products tested, the Xiaomi Mi Watch and Huawei Watch Fit, which cost less than HK$1,000, have a score on par with major brands like Garmin and Apple that cost more than RMB1,000.

The test results released by the Consumer Council this time include 27 smartwatches currently available in Hong Kong. This test covers major brands. Among them, Garmin has 5 products, followed by Polar 4, Huawei has 3, and Apple, Xiaomi and Fitbit each have 2 models. Of all the 27 products tested, only the Garmin Forerunner 55 scored a full 5 score. Full 5 points are recorded for steps, distance estimation, exercise data for heart rate measurement and smart functions. As for charging the battery for 1.4 hours it can be used for 21 days, which is the most disdainful of all tested products.

In this test, more than half of the products, that is, 16 smartwatches, have a score of 4.5 or higher. Among them, Garmin has the best overall performance, with all five products tested with a score of 4.5 or higher. It’s worth noting that of the five Garmin test products, at least one of the estimated steps/distance reached a full score of 5, of which the Forerunner 745 received a score of 5 in the overall Sports Data rating; Of the 27 products, only 7 of this model got full marks in the overall sports data assessment, only Apple also has the Watch SE and Watch Series 6 on the list, which is on par with Garmin.

The performance of another smartwatch brand, Polar, is relatively inferior. All four products tested have a total score of 4 points. This brand’s practice data performs relatively poorly in terms of estimated steps. The Consumer Council noted that the deviation of the Polar sample was 73% to 97%, “It is believed that these samples counted slight hand movements as steps.” Additionally, the Polar Grit X scored just 1.5 points too low in the elevation and variance metric, and the report said the deviation was as high as 48%. Another Ignite 2 model was also called poorly in heart rate measurement, scoring only 2 points whose score is the lowest among smartwatches with similar functionality.

The Apple Watch SE and Watch Series 6 are one of the products tested this time, both of which have a 5 score on exercise data performance, and they have full scores for heart rate measurements, distance estimation and altitude estimation. of 4 points and 4.5 points, respectively. However, the battery can be considered as a weaker link in the Apple smartwatch, after two hours of charging, the two can only be used for 2.2 days and 1.6 days, respectively, that is, basically every two days, a fork is required. Apple smart watch battery life Among the products, the most popular batch.

For the Xiaomi products tested, the Mi Watch sports version received good reviews, while the cheaper Mi Watch premium version performed poorly. Mi Watch has a total score of 4.5, and it has a full score of 5 for heart rate measurement, estimated distance and altimeter. The worst performance of the premium version Mi Watch is heart rate measurement and altimetry, with only 2 points and 2.5 points respectively.